May 7, 2012 at 12:45 PM ET by Virginia Stern
Twitter Facebook Email
Summary:
Virginia Stern has been working to change the probability of success and raise expectations for people with disabilities who are interested in, learning about or working in STEM environments. 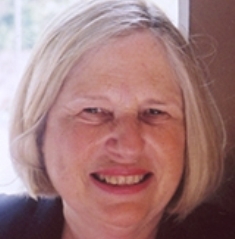 Virginia Stern is being recognized as a Champion of Change for leading education and employment efforts in science, technology, engineering and math for Americans with disabilities.

My husband, Bob, and I are parents of four now-adult children, two of whom have disabilities. We knew that each of them needed the best possible education, disabled or not. I remember so well when the #504 Regulations of the Rehab Act were signed in May 1977, opening up programs in higher education for qualified students with disabilities. Citizens with disabilities held demonstrations in many U.S. cities to initiate this critical effort for civil rights. There were huge barriers to overcome--physical, technological, attitudinal, and social. I was already an advocate, but this battle inspired me to join the American Association for the Advancement of Science (AAAS), the country's largest interdisciplinary science and engineering organization, and become a leader in its fledging Project on Science, Technology, and Disability, working to highlight lives of people with disabilities in STEM careers so they could serve as mentors to younger students.

On July 26, 1990, I was privileged to sit on the White House Lawn, when the ADA was signed. I celebrated with my friends, colleagues, and families with disabilities. We had a vision of full access to employment, barrier-free communities of playgrounds, museums, universities, theatres, and sports arenas, and accessible transportation to fully participate in our own towns and cities and travel without barriers. We knew that the emerging technologies of universal television captions, TDD relays, voice output computers, and other assistive technologies would further open up engineering and science education at every level.

As our AAAS program expanded and more students with a wider range of disabilities were able to graduate with STEM degrees, we became aware that legislation allows for change but does not make change happen. Technological advances open up new possibilities but employers were not familiar with them. Well qualified STEM graduates were simply not getting jobs in the fields of their undergraduate or graduate studies. Invisible barriers discouraged their entry and advancement. We began to make partnerships with STEM employers--first with NASA and IBM--to offer serious paid internships to students and recent graduates. Thus was formed Entry Point! AAAS recruited nationally, identified, and screened the students, and presented their credentials. The employers placed the Entry Point interns in positions that matched and increased their skill sets and gave them mentors to understand the organizational environment and plan future coursework and careers. Other government agencies and private employers joined and supported Entry Point. Interns often had successive internships with the same or different employers. By 2011 more than 500 Entry Point alumni, well over 90%, were working full-time in competitive STEM positions or continuing in graduate studies. And Entry Point continues to grow.

This is what we know: People with disabilities in engineering, science, or other professions are not problems; they are problem solvers. They have created strategies and solutions for their personal and academic lives, and now for their careers. Internships have given them the skills and real-life work experiences that empowers them to contribute to the techological enterprise of the nation.

I am proud to be recognized as a Champion of Change. We know that Entry Point is changing the lives of persons with disabilities. I continue to believe that for every person with a disability who held an internship and is employed in STEM, they themselves have changed and caused a positive ripple effect on the expectations and attitudes of more than 100 other Americans: parents of newly disagnosed children; doctors and therapists; teachers; classmates; work colleagues; industry managers; gate keepers in higher education and professional associations; community leaders; and next-door neighbors.

Virginia Stern has been working for more than four decades to raise expectations of persons with disabilities, their families, educators, and employers, especially employers in science, technology, engineering, and mathematics (STEM).