May 12, 2012 at 3:00 PM ET by Colleen Curtis
Twitter Facebook Email
Summary:
Mrs Obama praises the strength and spirit of the Hokie Nation during her Commencement Address 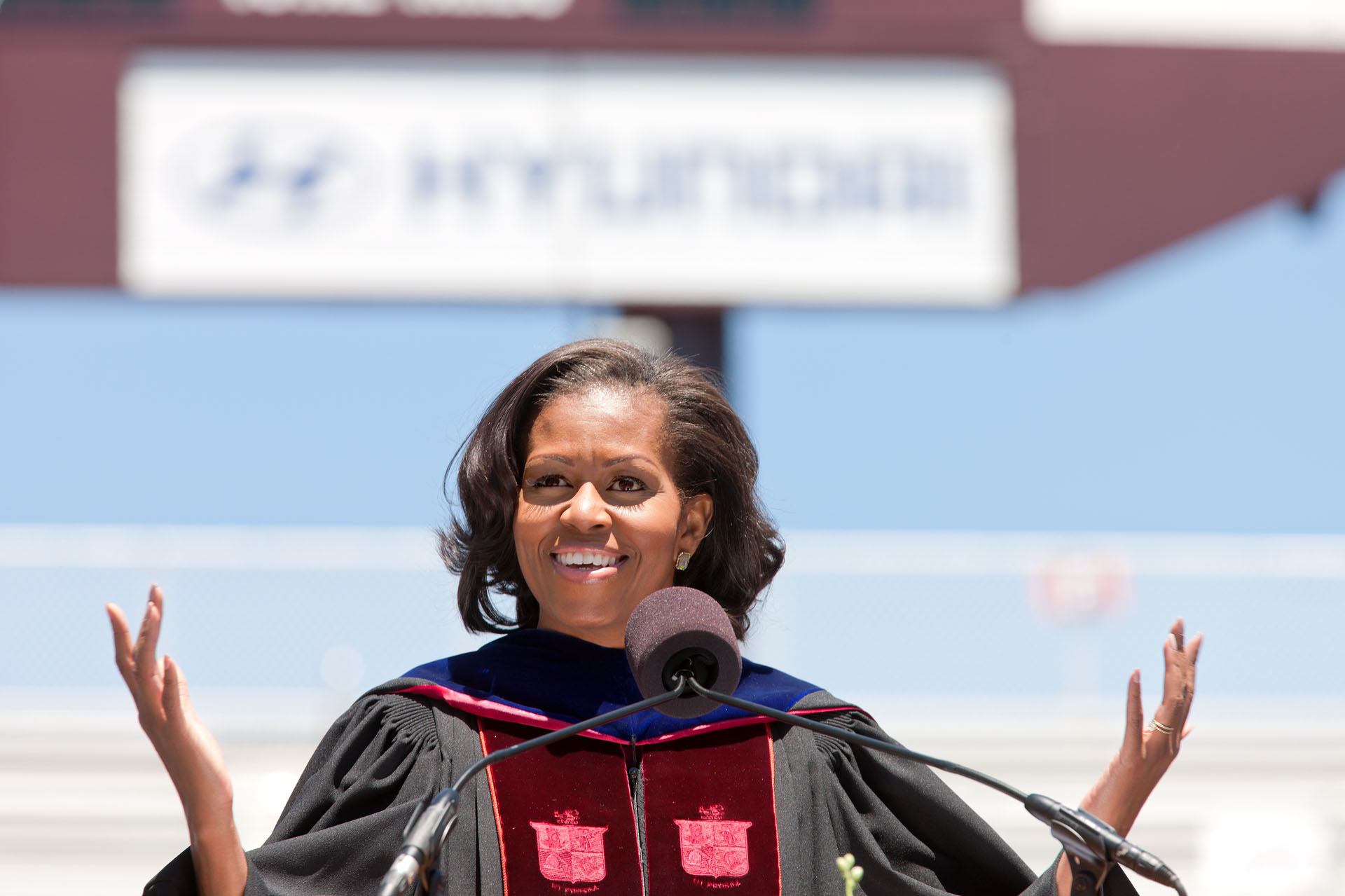 Speaking to Virginia Tech's graduating class of 2012, First Lady Michelle Obama highlighted the remarkable resilience students at the school have shown, and told the graduates they are an inspiration.

"I know that as one of your commencement speakers today, I’m supposed to offer you all kinds of wisdom and advice and life lessons, Mrs. Obama said.  "But the truth is, like so many people across this country and around the world, I have been following the journey of this school. I have witnessed the strength and spirit of the Hokie Nation."

The First Lady focused on the school's tradition of service, and said that through serving others, "we can heal ourselves." She encouraged the graduates to chart their own course for the future, and live life on their own terms:

But you also know that in the end, people can only define you if you let them.  In the end, it’s up to each of us to define ourselves. It’s up to each of us to invent our own future with the choices we make and the actions we take. That’s why Norris Hall is now the home of the Center for Peace Studies and Violence Prevention, and West Ambler Johnston Hall will soon be reopened as a new residential college. That is why this year, on April 16th, you started attending class again, choosing to honor their lives by moving forward with your own.

And that is why, when you all are out there in the world and you meet someone and you tell them that you’re from Virginia Tech, and they say, “Huh, isn’t that the school where” -- I want you to interrupt them right there and say, “Yes, it is the school where we have some of the best academic programs and professors in the country."  That’s what you tell them. You tell them, "Yes, it is the school where students are passionate about serving their country and supporting each other. And by the way, which also has the best campus food you’ll ever eat."  Who can say that?

You tell them, “Yes, it’s the school where we produce graduates who are leaders in their industries, and pillars of their communities, and who carry their Hokie pride with them every day for the rest of their lives."  You say, “Yes, that is the school I attend.  That is Virginia Tech.” 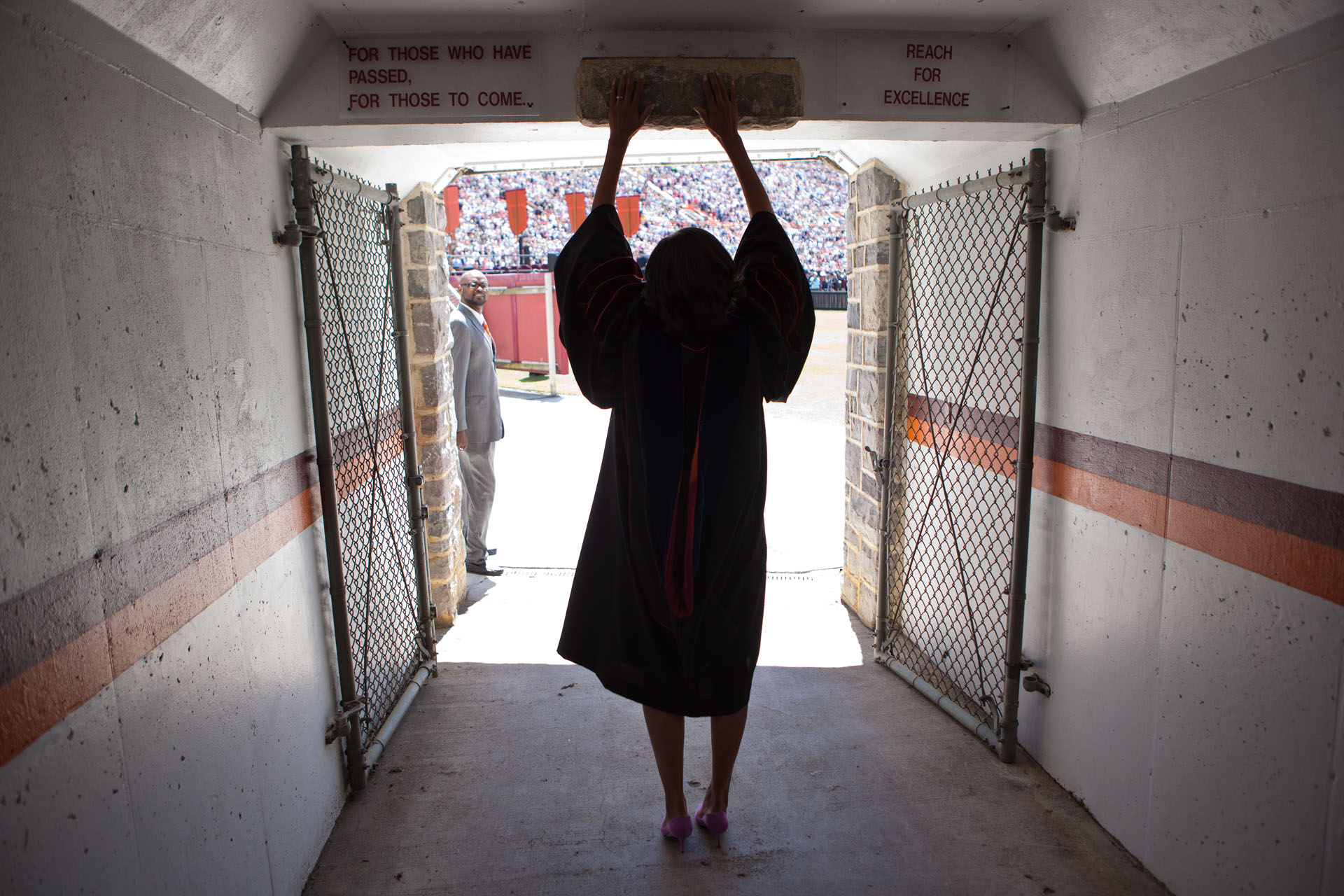 This was Mrs. Obama's first commencement address of 2012. You can read her full remarks here.