Celebrating the Generations of AAPI Immigrants that Have Built America 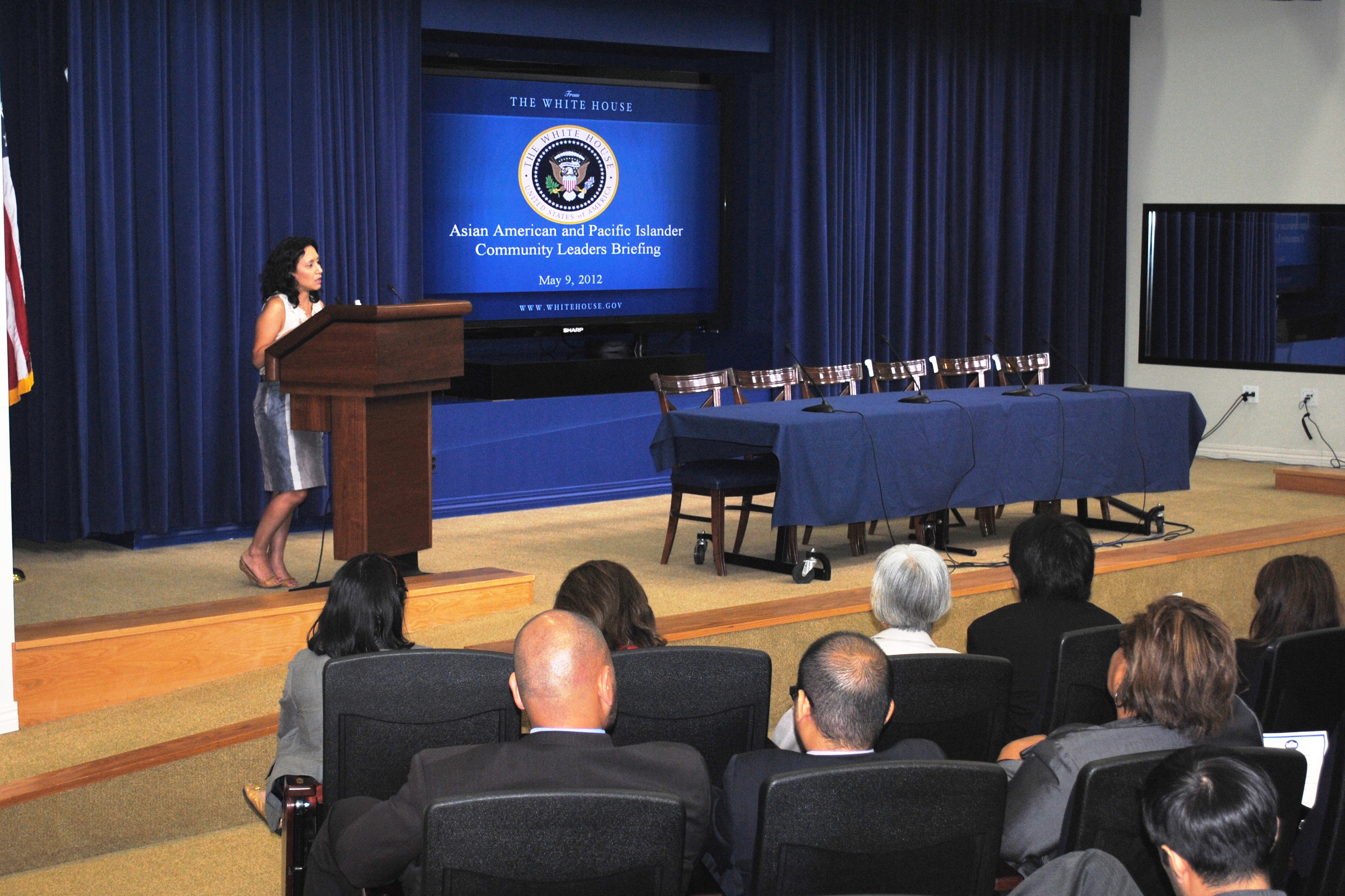 In this year’s Presidential Proclamation on Asian American and Pacific Islander (AAPI) Heritage Month, the President reminded us that “generations of AAPIs have helped make America what it is today.”  In light of this celebration, the White House Initiative on Asian Americans and Pacific Islanders (WHIAAPI) will be hosting briefings at the White House and other engagements across the country throughout the entire month of May.  You can find blog posts and a listing of this month’s engagements on WHIAAPI’s Weekly Highlights: AAPI Heritage Month Edition page.

Last week, I participated in one of these engagements as a part of WHIAAPI’s Heritage Month Community Leaders Briefing, which was held at the White House on May 9, 2012.  This briefing brought together national, community and government leaders to hear from senior White House officials on critical issues to the AAPI community, including the economy, immigration, healthcare and education.  Given that approximately 60 percent of Asian Americans were born outside the U.S., how we implement our immigration policies matters to AAPI communities. The Administration takes seriously  its responsibility to implement and enforce our immigration laws so that they are consistent with our finest tradition of being  a nation of laws and a nation of immigrants. At the briefing, I discussed the Administration’s efforts to build a 21st century immigration system through administrative reforms and legislative action on comprehensive immigration reform legislation.

The Administration will continue to improve our system while still insisting that Congress take up and pass comprehensive immigration reform.  We have developed a blueprint for a 21st century immigration system that lays out our policy proposals for Congressional action.  In the meantime, however, we have begun important reforms to the system so that it that it prioritizes the safety of detainees, while enhancing our legal immigration system and promoting innovative citizenship integration programs.

For example, the Administration implemented common sense guidelines for prosecutorial discretion and a case-by-case review process to focus federal enforcement resources on the highest priority individuals.  We have also increased our engagement and immigrant integration efforts by providing Chinese-language engagement opportunities through the U.S. Citizenship and Immigration Services (USCIS), and by creating the immigrant integration grant program. USCIS has also developed helpful tools for individuals preparing to naturalize and the organizations that serve them.  Many of these materials are available in multiple Asian languages. According to DHS, over 1 million AAPIs are eligible to naturalize.

Earlier this year, the Administration announced a proposed regulatory change to allow in-country processing for family based visas. Given that Asia-born persons are more likely than other immigrants to enter under family-sponsored or employment-based immigration preferences, this proposal has the potential to significantly impact the AAPI community. In fact, it has been hailed a huge victory by attorneys, and other AAPI leaders in the immigration advocacy world.

During the Q & A session, AAPI leaders shared helpful feedback on the impact these and other Administrative reforms are having on AAPI communities across the country. The Administration will continue to work to ensure that the immigration system is serving all immigrant communities, including the AAPI immigrant community. I look forward to continue working with WHIAAPI and other leaders from around the country to help ensure that issues particular to the AAPI community are heard and understood.