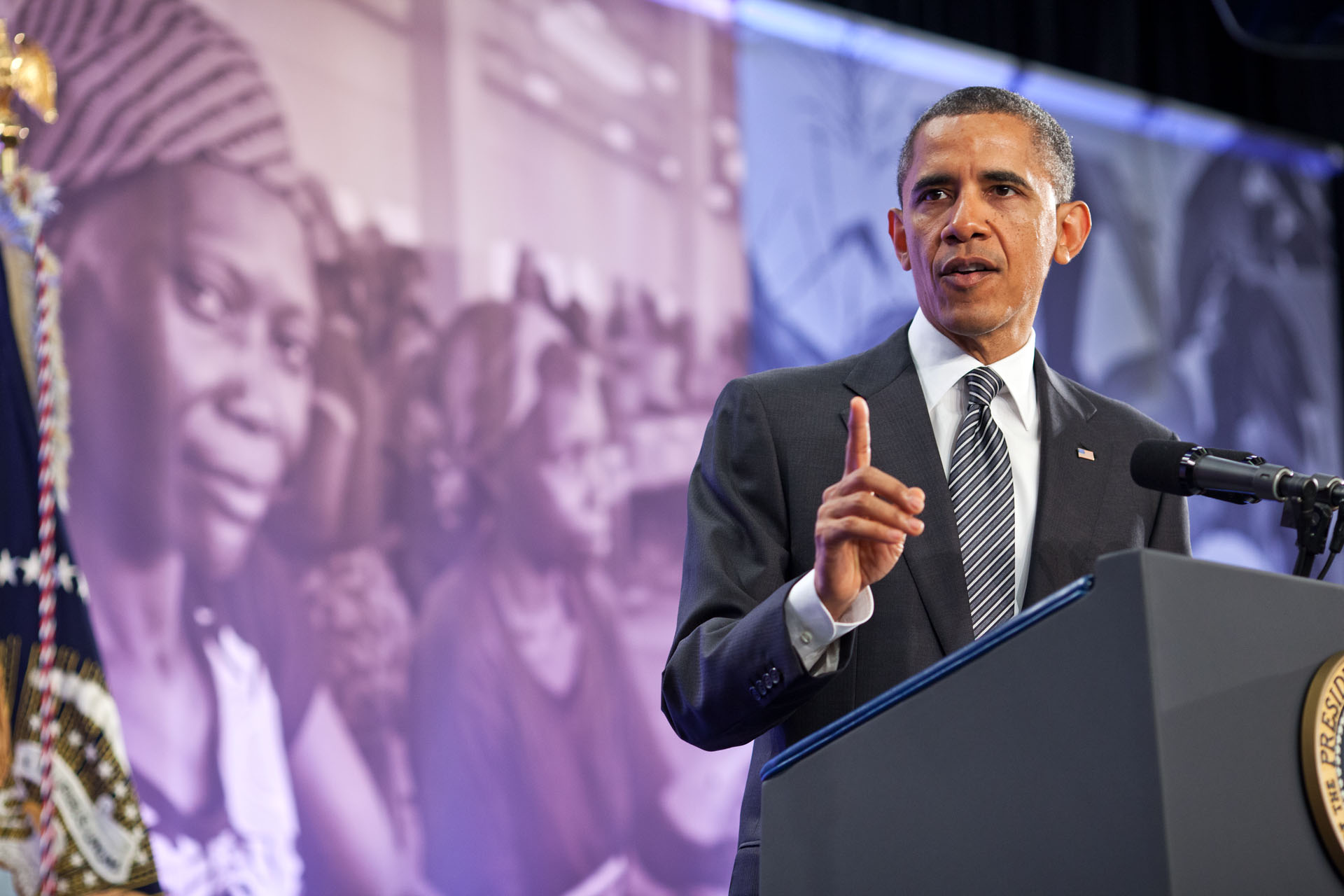 At today’s Symposium on Global Agriculture and Food Security, President Obama announced that leaders at this weekend’s G8 meeting would devote a special session to the urgent challenge facing nearly 1 billion men, women and children around the world: the injustice of chronic hunger and the need for long-term food security.

G8 and African leaders will launch a major new alliance with private sector partners to reduce hunger and lift 50 million people out of poverty by investing in Africa’s agricultural economy. The partnership builds on the commitment leaders made during the 2009 G8 meeting in L’Aquila to put the fight against hunger at the forefront of global development.

And that fight is about more than delivering aid, President Obama said. True, sustainable development is about promoting economic growth that helps nations develop. "The whole purpose of development is to create the conditions where assistance is no longer needed, where people have the dignity and the pride of being self-sufficient,” he said.

A good place to start this growth, the President explained, is to support growing a agriculture industry. "History teaches us that one of the most effective ways to pull people and entire nations out of poverty is to invest in their agriculture," he said.

I’ve spoken before about relatives I have in Kenya, who live in villages where hunger is sometimes a reality -- despite the fact that African farmers can be some of the hardest-working people on Earth. Most of the world’s unused arable land is in Africa. Fifty years ago, Africa was an exporter of food. There is no reason why Africa should not be feeding itself and exporting food again. There is no reason for that.

So that’s why we’re here. In Africa and around the world, progress isn’t coming fast enough.  And economic growth can’t just be for the lucky few at the top, it's got to be broad-based, for everybody, and a good place to start is in the agricultural sector. So even as the world responds with food aid in a crisis -- as we’ve done in the Horn of Africa -- communities can’t go back just to the way things were, vulnerable as before, waiting for the next crisis to happen.

Governments, like those in Africa, that are committed to agricultural development and food security, they agree to take the lead -- building on their own plans by making tough reforms and attracting investment. Donor countries -- including G8 members and international organizations -- agree to more closely align our assistance with these country plans. And the private sector -- from large multinationals to small African cooperatives, your NGOs and civil society groups -- agree to make concrete and continuing commitments as well, so that there is an alignment between all these sectors.

Most importantly, President Obama said, these efforts will help maintain focus on clear goals: helping 50 million men, women and children lift themselves out of poverty over the next decade.

Read more about the New Alliance for Food Security and Nutrition