May 21, 2012 at 12:08 PM ET by Anne Filipic and Stephanie Valencia
Twitter Facebook Email
Summary:
President Obama calls on Congress to act on his "To-Do List," the White House focuses on women's health, and the President hosts G8 leaders at Camp David.

Last week, President Obama called on Congress to take action on a small business hiring income tax credit, the third item on his “To-Do List” that will create jobs and help restore middle class security. The President is asking Congress to pass a tax credit that would benefit nearly two million companies that make new hires or increase wages. By providing targeted tax relief to the businesses that are expanding and making investments in their workforce, the Small Business Hiring Credit will grow the economy, create jobs, and strengthen the recovery. In fact, the Congressional Budget Office recently found that this type of targeted credit is the single most effective business tax option for boosting hiring and spurring economic growth. 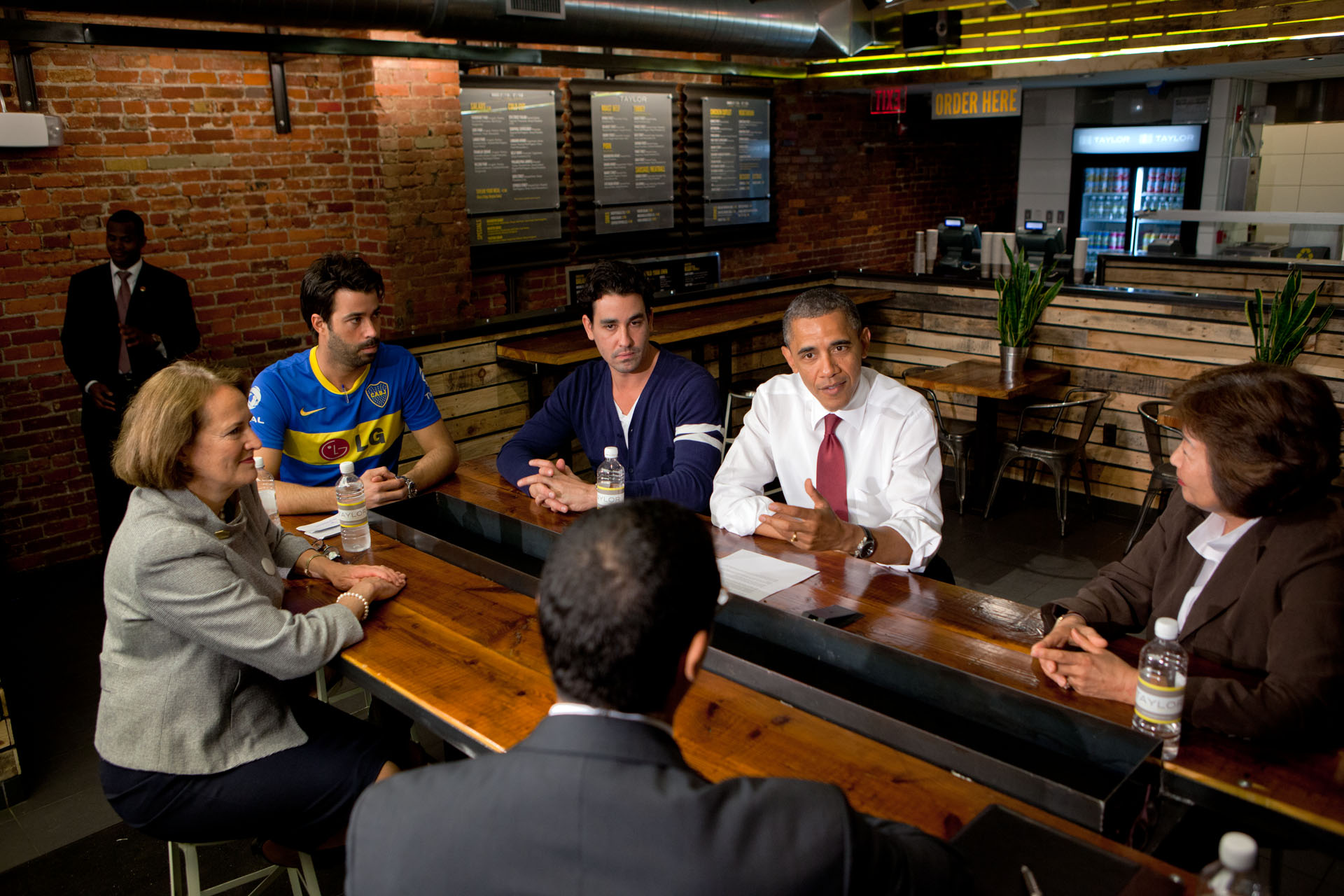 President Obama signed a Presidential Proclamation last week marking National Women’s Health Week. Women often play a leading role in making medical decisions for their families, but their own health needs are often unmet, which is why President Obama worked to make health care more accessible and affordable for women across the country through his health reform law, the Affordable Care Act.

For example, women who purchase health insurance on the individual market pay an additional $1 billion each year because insurance companies charge them more than men, simply because of their gender. Thanks to the Affordable Care Act, health insurers will be prohibited from discriminating against women by charging higher premiums.

Read more about the Administration’s work on women’s health:

Strengthening the Violence Against Women Act

Last week, the U.S. House of Representatives approved legislation to reauthorize the Violence Against Women Act (VAWA) of 1994, but failed to include critical provisions that would ensure that all victims of domestic violence can access vital services and protections. The House bill adds burdensome, counter-productive requirements that compromise the ability of service providers to reach victims, fails to adequately protect Tribal victims, lacks important protection and services for LGBT victims, weakens resources for victims living in subsidized housing, and eliminates important improvements to address dating violence and sexual assault on college campuses. Speak up and have your voice heard if you believe that our nation’s laws should continue to strengthen protections for our most vulnerable populations – not roll back those safeguards.

Last weekend, the leaders of Britain, Canada, France, Germany, Italy, Japan, and Russia joined President Obama at Camp David for the annual G8 Summit. The leaders met to address major global economic, political, and security challenges, including energy and climate change, food security and nutrition, Afghanistan’s economic transition and transitions taking place across the Middle East and North Africa. View a slideshow from the weekend and read President Obama’s remarks at the close of the Summit. 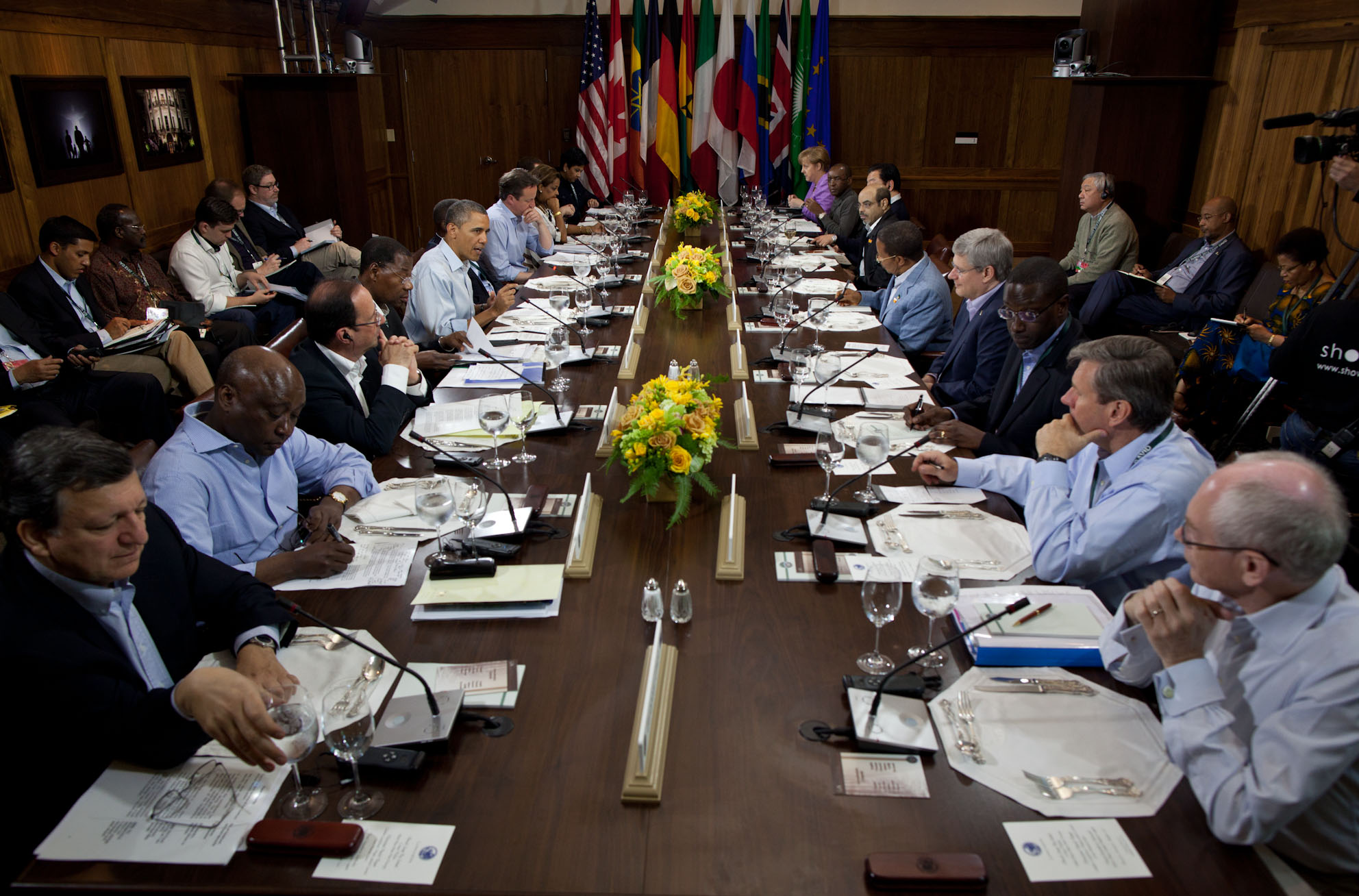 President Barack Obama participates in a working lunch focused on food security, in the conference room of Laurel Cabin during the G8 Summit at Camp David, Md., May 19, 2012. (Official White House Photo by Pete Souza)

On Wednesday, May 23rd at 4:00 p.m. EDT, please join us for a budget update call with Robert Gordon, Executive Associate Director at the Office of Management and Budget. Please RSVP here to join us, and please be sure to dial in 10 minutes early so that we are able to start the call on time.

Throughout the next few days, we will celebrate our nation’s entrepreneurs during National Small Business Week. The U.S. Small Business Administration asked small business owners to share their stories in a short video that demonstrates how their small business makes a difference in their local community. On Wednesday, May 23, 2012, at 3:00 p.m. EDT during a Google+ Hangout hosted by SBA and the White House, we will announce the winning entries.

Here's how you can join: