May 24, 2012 at 8:21 PM ET by Matt Compton
Twitter Facebook Email
Summary:
President Obama travels to Newton, Iowa to push for the renewal of a tax credit for companies that produce clean energy. 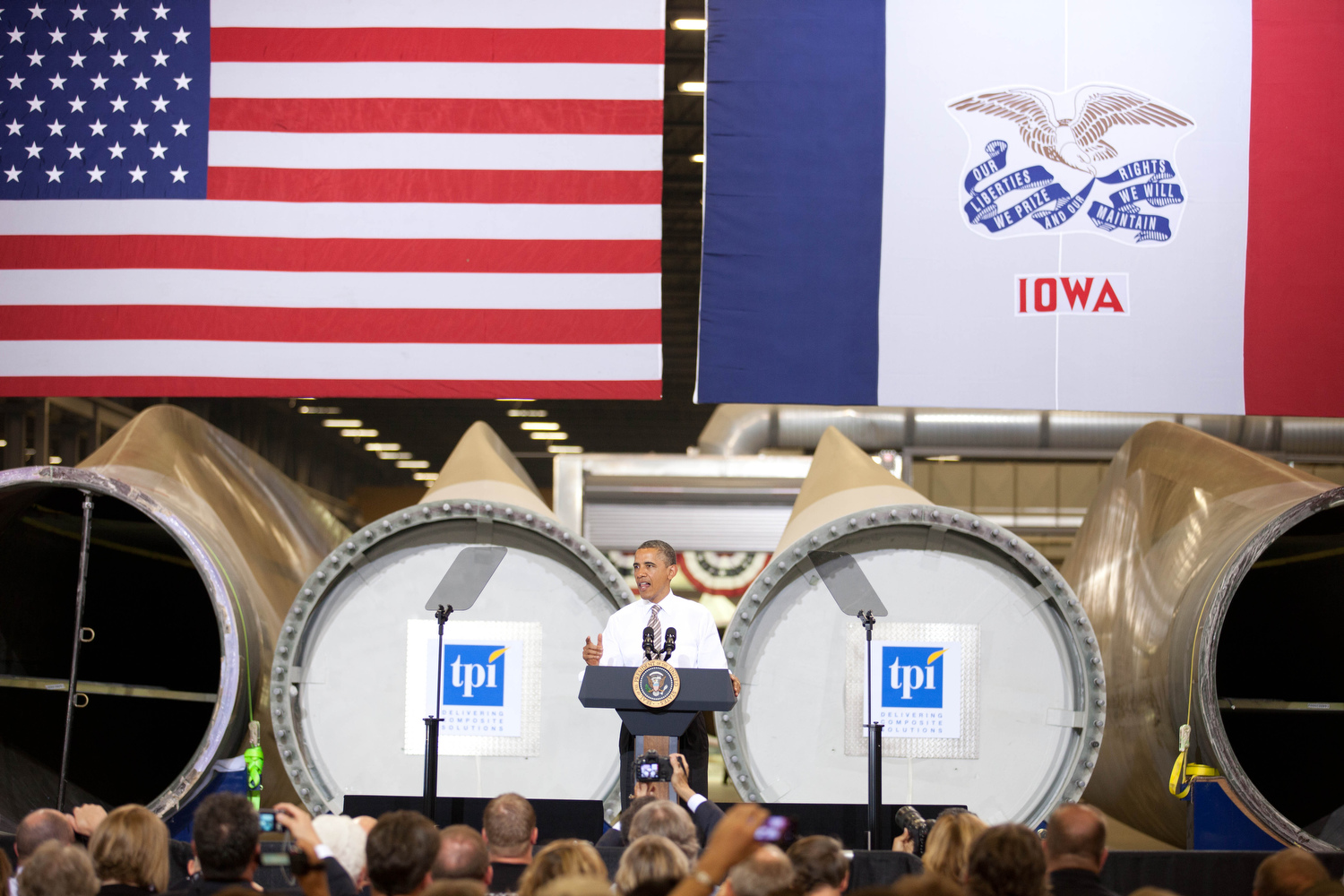 In Iowa this afternoon, President Obama continued to press lawmakers to take action on his To-Do List for Congress.

He traveled to Newton to push for the renewal of a tax credit for companies that produce clean energy. The credit currently supports as many as 37,000 jobs.

His host for the visit was TPI Composites -- a company that makes blades for wind turbines and employs more 700 people.

"If Congress doesn’t act, companies like this one will take a hit," he said. "Jobs will be lost. That’s not a guess, that’s a fact. We can’t let that happen."

Currently, 20 percent of all the electricity used in the Iowa is generated by wind power, and there are currently more wind power jobs in the state than in any other in America.

Overall, the United States generates enough electricity from wind to power 10 million homes. And there are 500 production facilities in 43 states putting people to work in that industry.