May 24, 2012 at 11:20 AM ET by Hernán Luis y Prado
Twitter Facebook Email
Summary:
A soldiers life is never easy, and with a jobless rate of 12 percent among all veterans it can be even harder at home than war. Hernán Luis y Prado works to lessen the burden of unemployment for veterans through his "Workshops for Warriors" program. With 11 veteran working for him currently, Hernán hopes that by 2015 he'll employ 50 veterans and have secured jobs for 1000 more. 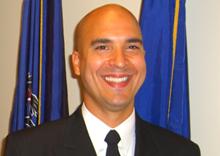 Hernán Luis y Prado is being recognized as a Champion of Change for his dedication to service and his continued support for efforts to boost employment for fellow veterans.

Transitioning from military service to civilian life can be challenging in the best of times. For the estimated two million veterans who served a tour -- or multiple tours -- of duty in the wars in Iraq and Afghanistan, there are even more hurdles than usual. Chief among them is the economy, which has helped drive the jobless rate amongst those veterans to more than 12 percent in 2011-- well above the rate of the general population. It's even worse for veterans between 18 and 34 years old; their jobless rate neared 30 percent in 2011. Other factors that come into play include medical advances that are resulting in greater survivability on the battlefield -- and more “Wounded Warriors” (severely injured service members) returning home.

I made a commitment to myself on the night I ran into a young marine, John, who had served with me in Iraq. He had nothing when he came back. He had a young bride-to-be and was waiting at a Navy medical center to transition home. Every week they would tell him he was going home the following week . . . this went on for months and months. It was incredibly painful and stressful on him. For people like John, it can be awful to go from knowing where the danger is to having complete uncertainty over your future, not knowing if the service is going to keep you or not, not knowing what you are transitioning to, and knowing you are unprepared. It was a tremendous ordeal for John and he handled it well -- but many of our other friends in similar situations committed suicide. I knew there had to be a better way. At first, I opened my house, garage and back yard to friends so they could come over during their medical rehabilitations and work with my metal fabrication and woodworking tools.

When I left active duty, my wife and I decided to formalize and structure a true training program to expand the scope of the impact we sought. Workshops for Warriors now has certified instructors teaching welding and milling to more than a dozen veterans in each 12-week course and has plans to offer training in CAD/CAM (Computer Aided Design/Computer Aided Manufacturing).

Here in San Diego, we've had more than 50 vets who have gone through the program in the past year. Thanks to the skills we provided them, they were all able to successfully integrate and enter the work force. But the need is great. Every couple of weeks I go to either the Veteran's Center near Balboa Park or Camp Pendleton to speak to the Wounded Warriors. I'll get in front of a group of 200 to 400 Wounded Warriors and ask them how many have a job when they separate from the service. Up to now, I've only had one show of hands.

Currently, 11 disabled veterans work at Workshops for Warriors, including 3 Vietnam-era vets. By 2015, we expect to employ 50 disabled veterans and place a thousand more. Our plan is to train a thousand disabled veterans per location on an ongoing annual basis.  By 2020, we plan to open two more facilities near high-demand military bases that have equal output of the San Diego facility in terms of students and job placements. Does Workshops for Warriors have a life-long impact on the lives of returning vets? I am certain of it. Now we just need to expand our reach!

Hernán Luis y Prado is founder and president of Workshops for Warriors.