Broadcasting a Message of Gratitude

May 28, 2012 at 11:15 AM ET by Darienne M. Page
Twitter Facebook Email
Summary:
President Obama shares a message of gratitude with members of the U.S. Armed Forces. 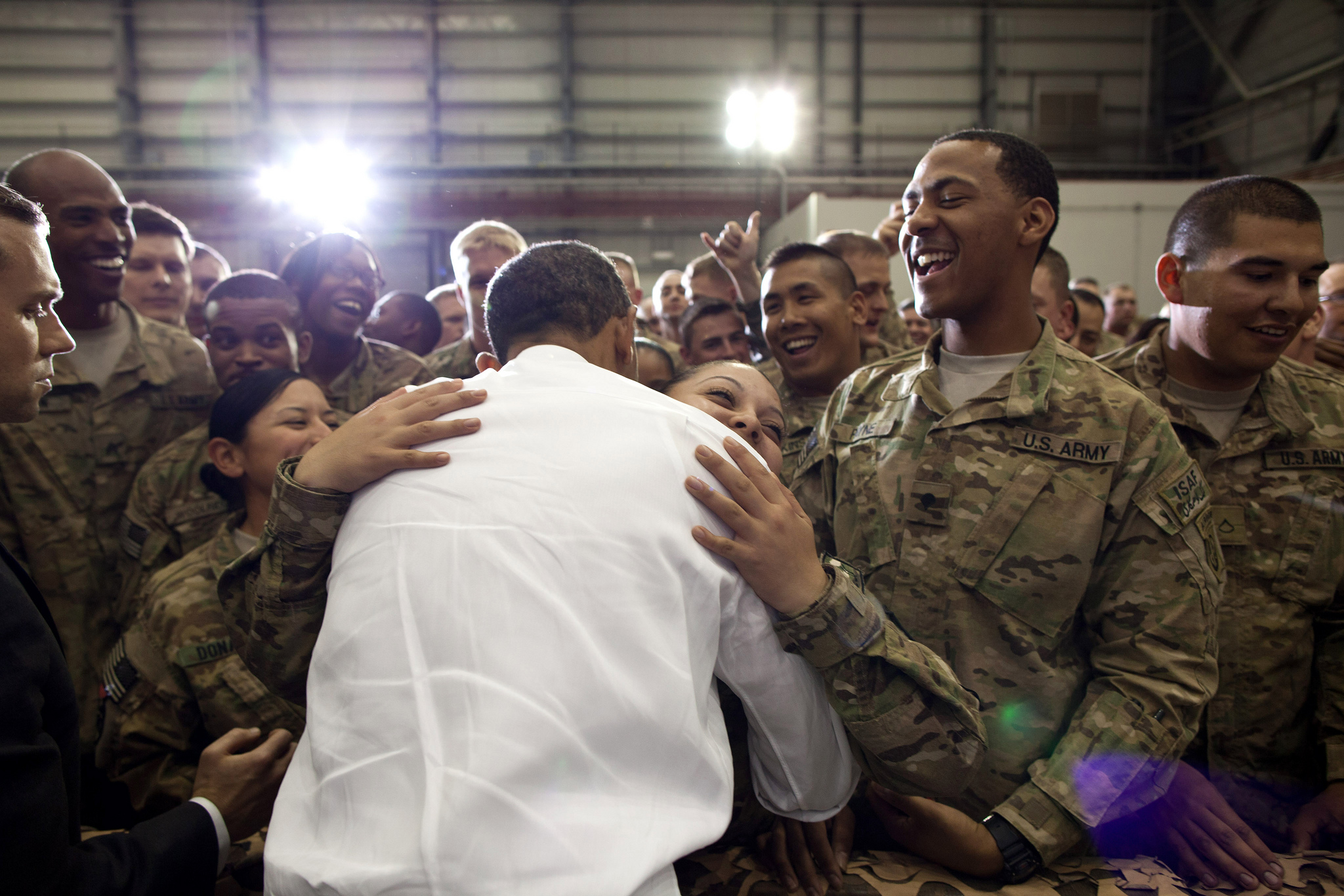 Earlier this month, President Obama visited Afghanistan, where he met with President Karzai and signed an historic agreement that lays the groundwork for the next phase of our relationship with the country as we bring a responsible end to years of war.

While in Afghanistan, the President also paid a surprise visit to American troops at Bagram Air Base. He wanted to thank the men and women serving there for the sacrifices that they and their families have made. He paid tribute to their successes, saying "You guys represent what is best in America." Some 3,200 American servicemen and women were assembled to hear the President offer his thanks for their service.

But there was another group of service members who could not be in attendance at the event. These were the men and women behind the scenes, providing security, manning radios and maintaining operations to ensure that the President's visit went smoothly. President Obama wanted to thank these individuals as well. So, after visiting wounded warriors at the base hospital, the President used a nearby radio to broadcast his thanks to all the service members who could not be at the event.

"I just wanted to say how proud I am of you, how grateful I am to you, and just wanted to let you know that everyone back home knows what you guys are doing and cares deeply about it. And I know your families are sacrificing just like you are. So please do me a favor and let them know how much  I appreciate them as well."

"Just know that you're making a difference here. You're keeping America secure," the President said. He went on to add, "All of us are grateful for everything you do and all the sacrifices you make."

You can listen to the President's remarks below. In the coming years, as we bring the war in Afghanistan to a responsible end, thousands of veterans will be returning home to their families. These veterans and their families have earned our thanks and our support. This administration is committed to ensuring that they receive the benefits and opportunities they have earned. To find out how you can help our Veterans and military families, visit joiningforces.gov.

Darienne Page is the Assistant Director of the White House Office of Public Engagement.

Assistant Director of the Office of Public Engagement