June 1, 2012 at 2:09 PM ET by Erin Allen
Twitter Facebook Email
Summary:
Treasures from the Library of Congress were on display during an event in the East Room 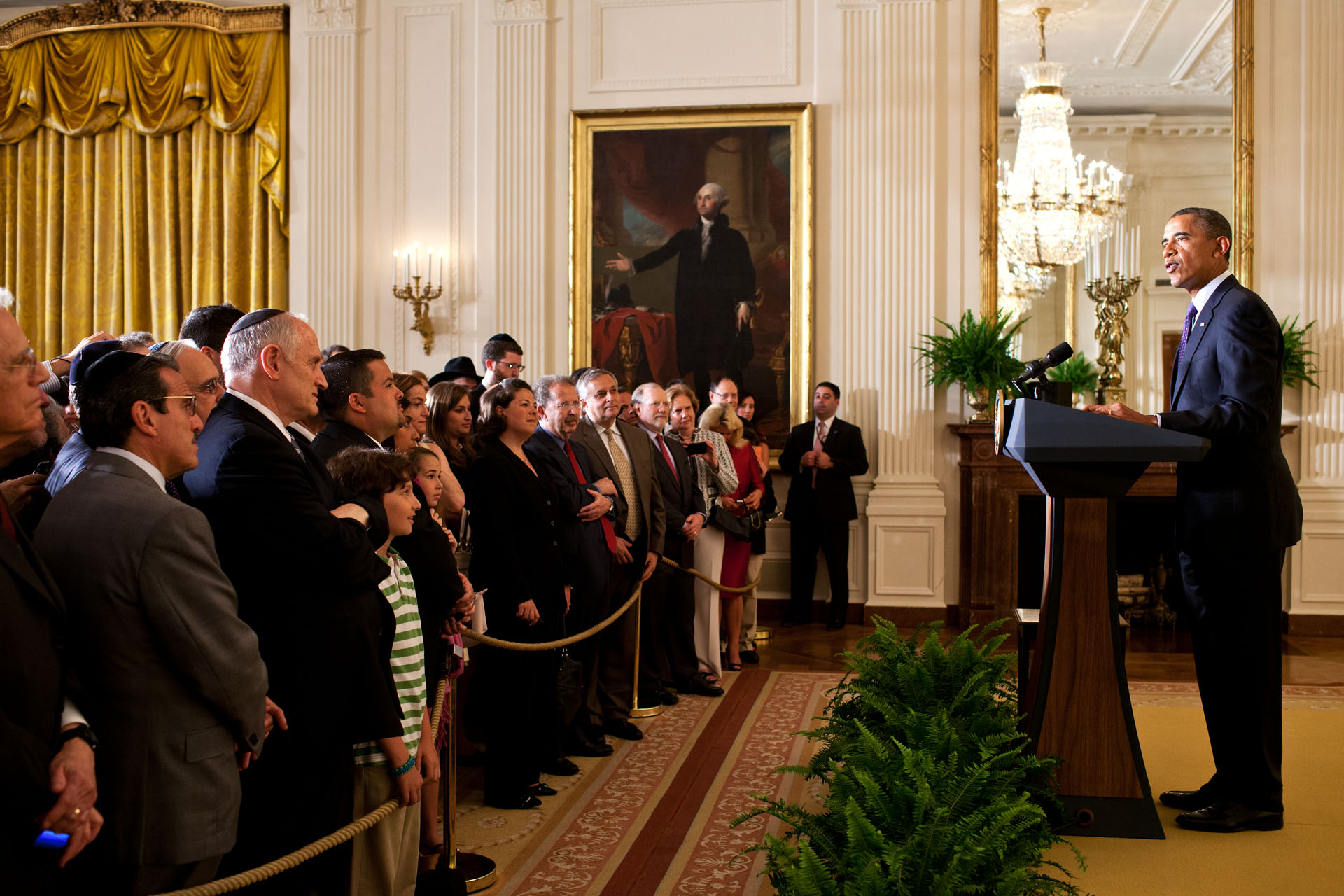 Ed note: This was first published on the Library of Congress' official blog

For the third consecutive year, special items from the Library of Congress’ Jewish American collections have been put on display at the White House. In honor of Jewish American Heritage Month, President Barack Obama hosted a reception at 1600 Pennsylvania Ave. on Wednesday evening.

“Generations of Jewish Americans have brought to bear some of our country’s greatest achievements and forever enriched our national life,” he said in his official proclamation. “Our country is stronger for their contributions, and this month, we commemorate the myriad ways they have enriched the American experience.”

During his speech at the reception, President Obama focused in large part on Gen. Ulysses S. Grant’s order in 1862 to expel Jews “as a class” from the military department of Tennessee. American Jews protested and, with the help of President Abraham Lincoln, the order was revoked.

“And to General Grant’s credit he later realized he had made a serious mistake,” the president said in his speech. “So later in his life he apologized for this order and as president went out of his way to appoint Jews to public office and to condemn the persecution of Jews in Eastern Europe.”

The small display of items contributed by the Library’s Manuscript Division included a set of “resolutions” to Lincoln from the Board of Delegates of American Israelites; a letter to Lincoln from The Missouri Lodge of “Bné B’rith,” the first Jewish organization to formally protest against Order No. 11; Lincoln’s note rescinding Order No. 11; and a receipt for President Grant’s contribution to Washington Synagogue Adas Israel, the first synagogue building built in DC. 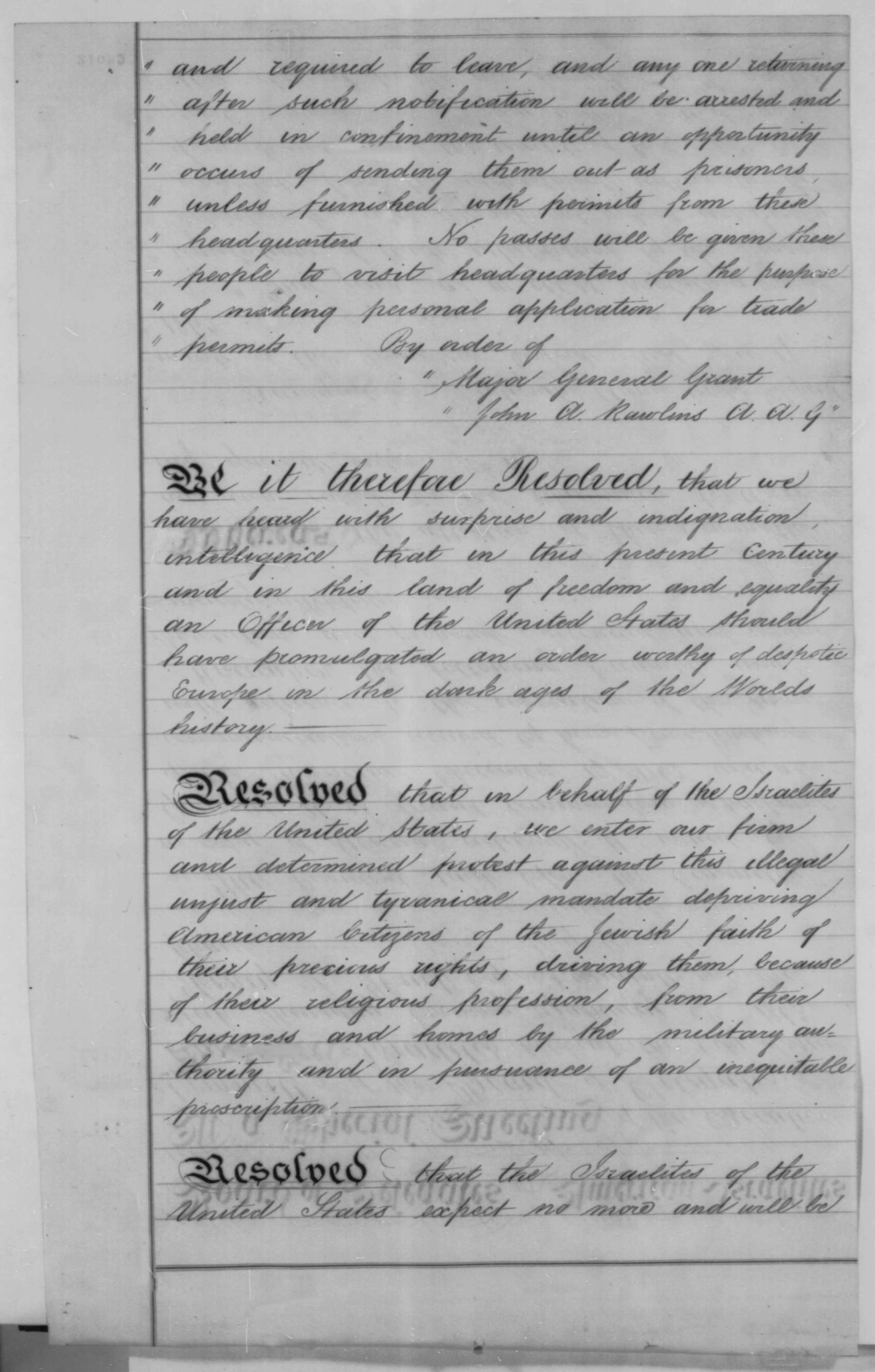 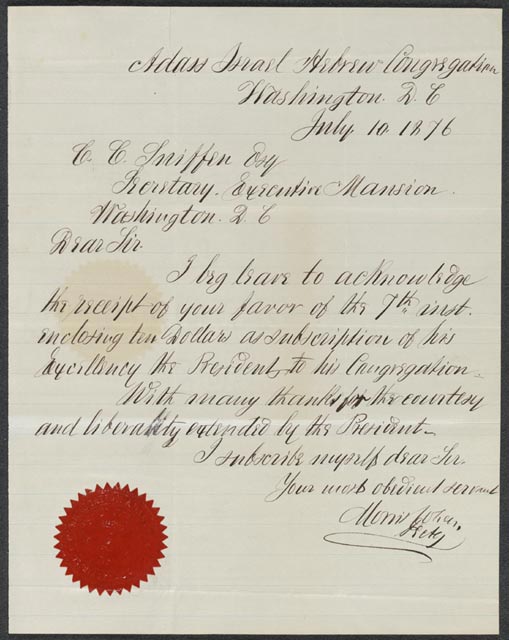 In 2004, the Library mounted a major exhibition titled “From Haven to Home” to commemorate 350 years of Jewish life in America.