Preparing for this Year’s Hurricane Season

June 1, 2012 at 11:04 AM ET by Craig Fugate
Twitter Facebook Email
Summary:
Under the direction of President Obama, FEMA and DHS stand ready to support our state and local partners as the tropics start to produce their annual cyclones, storms, and hurricanes

Today marks the start of the 2012 Atlantic Hurricane Season. Under the direction of President Obama, FEMA and DHS stand ready to support our state and local partners as the tropics start to produce their annual cyclones, storms, and hurricanes. On Wednesday, I joined Homeland Security Secretary Napolitano as well as partners from NOAA, DOE, the Army Corps of Engineers, and representatives from states and the private sector to brief the President on steps FEMA and our partners have already taken to meet the challenges of the 2012 hurricanes season. That briefing underscored the importance of the whole community, from the federal government to individual citizens, working together to get prepared before a potential storm threatens a region, state, or community. 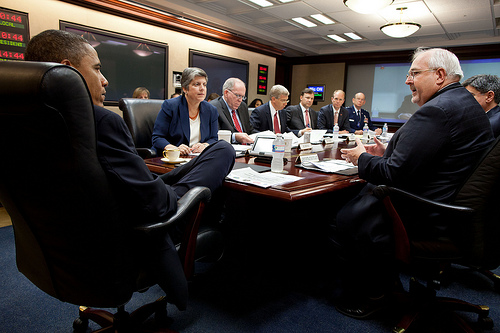 Long before the start of this year’s hurricane season, FEMA has worked closely with our partners at the state, local and tribal levels. This includes openly sharing information and expertise that will improve resiliency across our nation, cities, towns, neighborhoods, and families.  For FEMA, building relationships before a disaster strikes is vital to working closely together during and after an emergency situation.

But government doesn’t prepare for and respond to disasters alone. Right alongside are the hundreds of businesses, voluntary agencies, and faith- and community-based organizations who provide vital services to both communities and individuals affected by disasters. Some of these organizations provide for basic needs like food, water, and shelter – while others respond to needs such as financial consulting, animal sheltering, or help processing your insurance claim.

While all the players I mentioned play a part in keeping our nation and neighborhoods safer in case disaster strikes – these efforts will fall flat unless individuals take part in their own preparedness. Fortunately, the short amount of time and effort it takes to make our families and homes safer is well worth the payoff if an emergency should happen. For example, here are three simple steps you can take today:

So as we move into the traditional start of the Atlantic hurricane season, I encourage you to respond to the important role you play as part of the emergency management team. You can start with one of the three steps I listed out above, or by pledging to prepare at Ready.gov/hurricanes.