President Obama: We Have to Deliver for Our Veterans 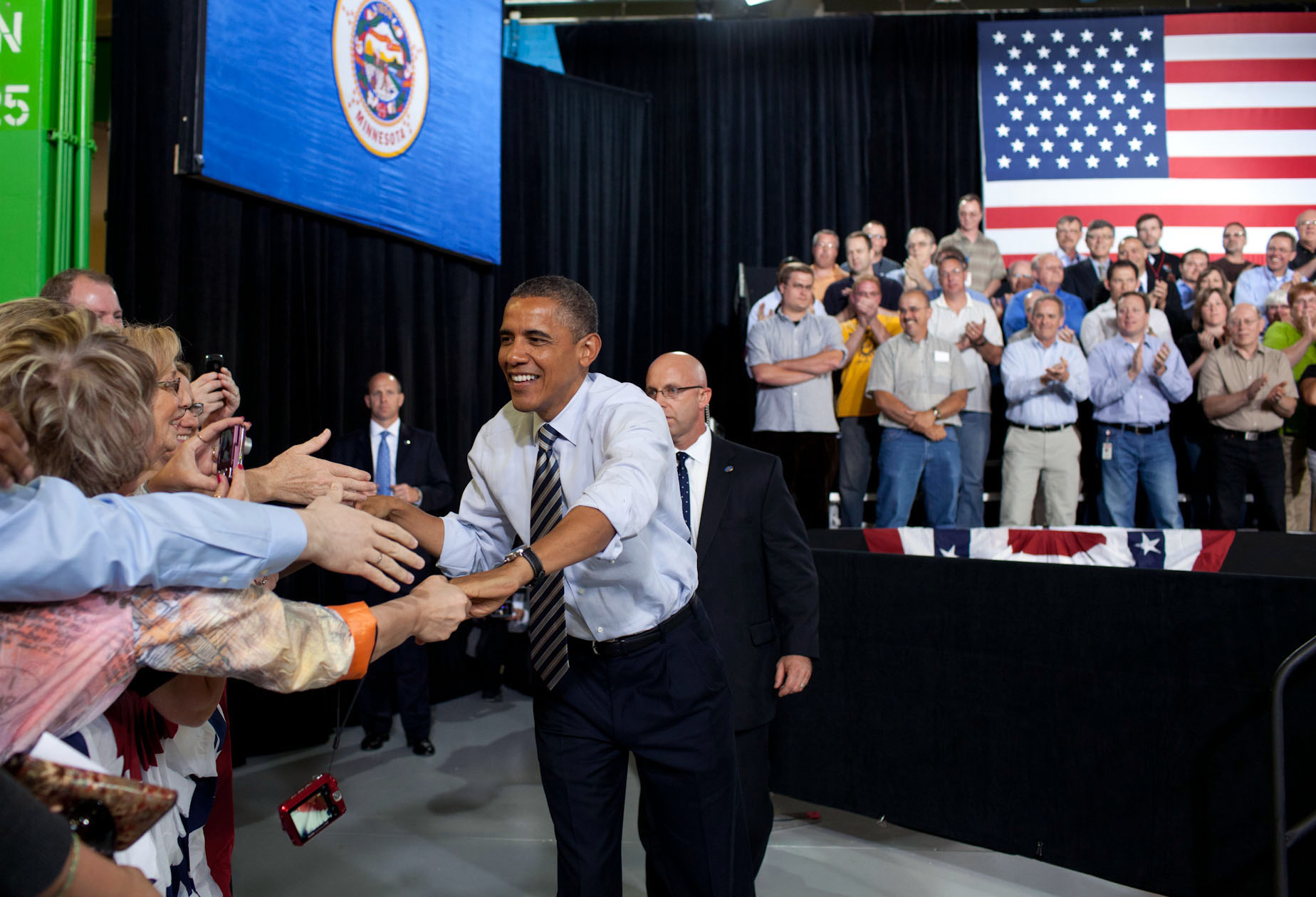 President Barack Obama greets people in the crowd at the Honeywell Golden Valley Facility in Golden Valley, Minn., June 1, 2012. The President urged Congress to act on the “To Do List,” specifically highlighting the need to honor our commitment to returning veterans by passing legislation that creates a Veterans Jobs Corps. (Official White House Photo by Pete Souza)

In Minnesota today, President Obama was introduced by Ryan Sullivan -- a Navy veteran who served in Iraq and Yemen. When he was discharged, Sullivan got an education in electrical maintenance and construction, then went to work for Honeywell.

The President wants to make sure that all those returning from war find good jobs, just like Ryan Sullivan. That's why he's proposed the Veterans Jobs Corps, with a goal of putting 20,000 servicemembers to work rebuilding American infrastructure and serving as cops and firefighters.

He told the crowd in Golden Valley:

[Now] that the war in Iraq is over and we’re starting to wind down the war in Afghanistan over a million more of those outstanding heroes, they're going to be joining this process of transition back into civilian life over the next few years.

Now, just think about the skills these veterans have acquired at an incredibly young age. Think about the leadership they’ve learned -- 25-year-olds, 26-year-olds leading platoons into unbelievably dangerous situations, life-or-death situations. Think about the cutting-edge technologies they’ve mastered; their ability to adapt to changing and unpredictable situations -- you can’t get that stuff from a classroom.

I mean, these kids, these men, these women, they’ve done incredible work, and that's exactly the kind of leadership and responsibility that every business in America should be wanting to attract, should be competing to attract.

The President called on lawmakers to pass legislation making the Veterans Jobs Corps a reality -- part of his To-Do List for Congress.

Learn more about the actions that President Obama is asking Congress to take here.