Making the Immigration System Work for Our Economy

June 7, 2012 at 12:27 PM ET by Betsey Markey
Twitter Facebook Email
Summary:
Betsey Markey, Assistant Secretary for Intergovernmental Affairs at the Department of Homeland Security, speaks with business leaders in Houston who believe that sensible immigration reform is essential for a strong economy. 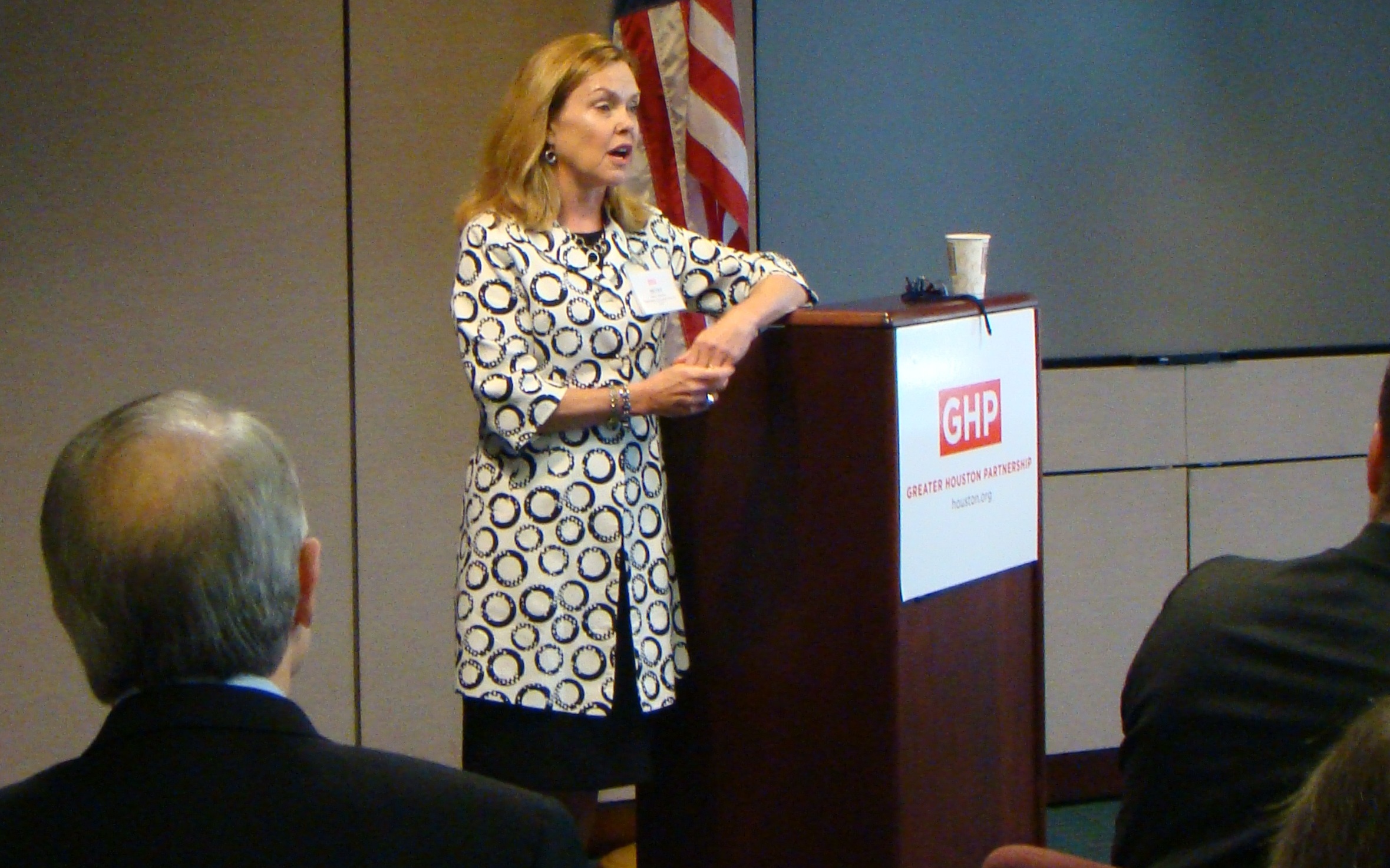 Recently, I had an opportunity to travel to Houston and speak to the business leaders there who are leading the effort to move beyond the heated immigration rhetoric, and to get to a place where we can talk about common sense solutions that are in the country’s best interest.

I was invited there by the Greater Houston Partnership and the Partnership for a New American Economy, a bi-partisan group of mayors and business leaders who believe that sensible immigration reform is essential for a strong economy. It was refreshing to hear the good ideas of this diverse group of small business owners, CEO’s, lawyers, and policymakers.

We talked about the need to encourage entrepreneurial talent by reducing barriers for high-skilled immigrants to come to the United States.  One such effort is the USCIS “Entrepreneurs in Residence (EIR)” initiative launched earlier this year. The initiative brings together a tactical team of startup company experts and U.S. Citizenship and Immigration Services experts and tasks them with a 90-day mission to streamline existing visa pathways for immigrant entrepreneurs who create jobs in America. The EIR tactical team is hard at work right now, and will soon announce the results of their work.

We also discussed the need to keep the brightest minds here.  Because it makes no sense to teach international students at our top-notch colleges and universities only to send them home to compete against us rather than grow with us.

That’s why DHS recently announced an expanded list of science, technology, engineering and math (STEM) programs that qualify eligible graduates on student visas to stay here a little longer. Currently, all foreign students who graduate from our colleges and universities can remain in the U.S. for up to 12 months to get additional training.  Students who graduate from a designated STEM degree program can remain in the United States for an additional 17 months, so it makes sense to expand the list of eligible programs in order to attract the best, most qualified international students to the United States – and keep them here when possible.

Since every foreign student who graduates from a U.S. university with an advanced degree and stays here in a STEM field creates on average 2.62 American jobs, this initiative helps us all.

These initiatives are all part of an announcement made earlier this year. DHS’ efforts will help boost our economy by streamlining systems, creating business opportunities, retaining more foreign-born science and technology graduates from U.S. universities, and helping U.S. start-ups and other companies compete for global talent.

There is more work to be done to make our immigration system work for our economy. And that’s why it’s so important to continue this dialogue. We need to hear from business leaders like the men and women I spoke with in Houston.  We need to hear more of the ideas that are out there. And as we seek to create the space for a meaningful debate on immigration reform, we are reminded of the success stories that make up who we are as a country.

In 2011 alone, USCIS held more than 6,000 naturalization ceremonies for 692,000 lawful permanent residents who became U.S. citizens, including more than 10,000 members of the U.S. Armed Forces.