June 7, 2012 at 11:35 AM ET by Heather Zichal
Twitter Facebook Email
Summary:
Heather Zichal talks about a few key items on the President’s “To-Do” list for Congress –- including extending the Production Tax Credit (PTC) and the 48C Advanced Energy Manufacturing Credit 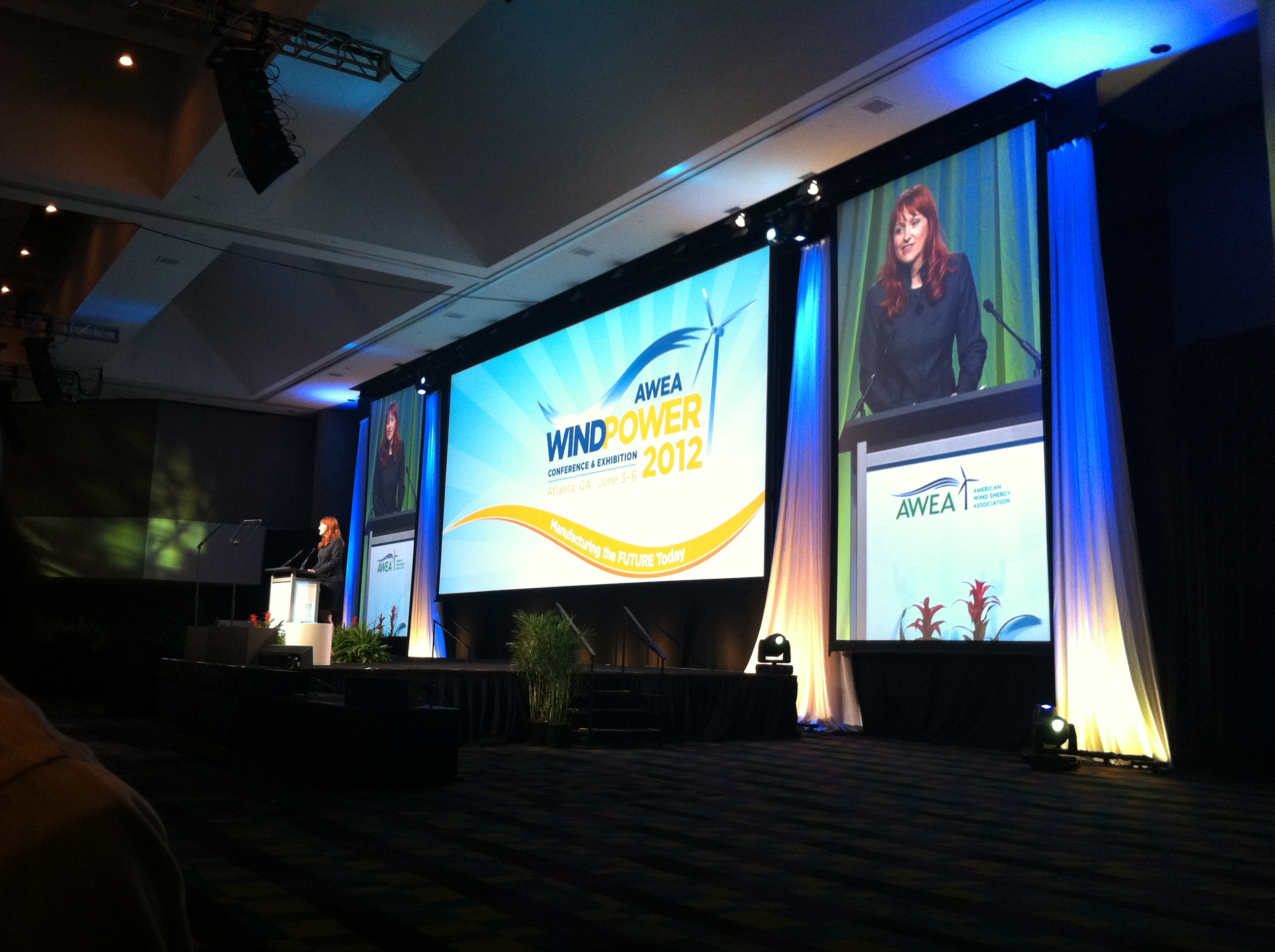 Heather Zichal speaks at the WINDPOWER 2012 Conference and Exhibition in Atlanta, Georgia.

Earlier this week, I spoke at the WINDPOWER 2012 Conference and Exhibition – the largest wind industry event in the world. Building on President Obama’s remarks in Newton, Iowa, I highlighted a few key items on the President’s To-Do list for Congress -- including extending the Production Tax Credit (PTC) and the 48C Advanced Energy Manufacturing Credit.

These credits have played an important role in fueling job creation and supporting a manufacturing base in clean energy. As I told the crowd in Atlanta:

This is a priority for the President because he sees the American wind industry as an American success story. Over the past few years – thanks in part to these tax credits – this industry has flourished. Today, we have enough wind capacity to power 10 million homes across the country. In 2011, which was a banner year for the industry, nearly one-third of all new power capacity in the United States came from wind. Five states now produce more than 10 percent of their electricity from wind power. And in places like Iowa and South Dakota, that figure is closer to 20 percent.

So this is an industry with momentum. And it’s an industry that’s putting people back to work. It used to be that we had to import most of the 8,000 component parts that go into a modern wind turbine. But today, with nearly 500 wind-related manufacturing facilities in 43 states, we’re producing more and more of those parts in America.

Thanks in part to actions taken by this Administration the United States has nearly doubled generation from renewable energy sources since 2008. We need to keep this momentum going. But if Congress fails to act on these credits, wind industry experts project that tens of thousands of Americans will lose their jobs.

The progress and the milestones of the past few years are in jeopardy. If Congress doesn’t act, the tax credits that allowed the wind industry to rapidly expand – will expire at the end of this year.

Let’s be clear about what that means. Because what Washington needs to realize is that there’s nothing abstract or unpredictable about the consequences of inaction. If Congress doesn’t act, demand for wind turbines will shrink, factories will come to a standstill, and tens of thousands of Americans will lose their jobs. This is not speculation. We know these things will happen – and we’ve never had so much to lose.

The President has made it clear that we cannot walk away from these jobs and that this should not be a partisan issue. That’s why I made sure to point out the broad based, bipartisan support for these tax credits:

The irony is that almost everybody seems to agree: President Obama; Republican Governors like Terry Branstad of Iowa, Mary Fallin of Oklahoma, and Sam Brownback of Kansas; Members of Congress in both chambers and on both sides of the isle – from Congressman Steve King to Senator John Kerry; The Chamber of Commerce; Fortune 500 companies like Nike and Yahoo! and Starbucks.

That’s only the tip of the iceberg. Bipartisan support continues to build for the PTC, including from Arkansas Governor Mike Beebe, the National Association of Manufacturers, and Karl Rove. To wrap up, I reiterated the President’s commitment to saving American jobs and echoed his call on Congress to act as soon as possible:

It’s time for Congress to take a stand… After all of the strides the wind industry has made, we can’t go backwards now. We have to keep moving forward. That’s what the President has been fighting for. And that’s what this Administration will be focused on until Congress gets the job done.

Learn more about the actions that President Obama is asking Congress to take here.