June 8, 2012 at 5:01 PM ET by Del Laverdure
Twitter Facebook Email
Summary:
At an event marking the one-year anniversary of Let’s Move! in Indian Country, a panel showcases leaders from across Indian Country who have made significant contributions in addressing the health concerns of our nation.

Ed. Note: This is a cross-post from the Department of the Interior's Indian Affairs blog.

Recently, I had the opportunity to moderate a panel discussion with White House Senior Policy Advisor for Native American Affairs Jodi Gillette. The panel showcased leaders from across Indian Country who have made significant contributions in addressing the health concerns of our nation. The event on June 1, 2012 commemorated the one-year anniversary of the Let’s Move! in Indian Country launch at the Menominee Reservation in Wisconsin and was streamed online from the White House.

On May 25, 2011, the Office of the First Lady’s Let’s Move! initiative and four federal agencies launched Let’s Move! in Indian Country. Through Let’s Move!, the Bureau of Indian Affairs has supported and advanced the great work that tribal leaders and community members are doing to improve the health of American Indian and Alaska Native children.

Other leaders who have helped make Let’s Move! in Indian Country such a success joined Jodi Gillette and myself for the celebration. Charlie Galbraith, Associate Director of the White House Office of Public Engagement and Intergovernmental Affairs, welcomed all those attending the event, both at the White House and remotely through the webcast, and Jefferson Keel, President of the National Congress of American Indians, provided the invocation. Secretary of Education Arne Duncan also made brief remarks.

The panel discussed the wonderful progress being made across the country on this initiative. I was honored to moderate such an accomplished panel of leaders who have led such positive programs in Indian Country.

I know that in addition to our dedicated panelists, there are unsung heroes in every tribal community. These people are working hard to address the health concerns and needs of Indian Country, and it is crucial that we honor them as well. There are grandmas and grandpas, aunts and uncles, parents and siblings, all actively engaging in traditional activities ranging from walking to sports, hunting to harvesting, and cooking traditional healthy vegetables for their families. Our Native cultures already possess the skills and energy to combat childhood obesity. Celebrating LMIC’s first anniversary helped to re-emphasize the power of our communities to promote good health habits.

Assistant White House Chef Sam Kass made closing remarks about the wonderful progress being made in Indian Country through healthy nutrition and diet. And, Dennis Zotigh, a Museum Cultural Specialist at the Smithsonian National Museum of the American Indian, provided a traditional closing song to end the events of the live-stream discussion.

Following the discussion, two of the panelists, professional basketball players Ben Strong and Tahnee Robinson, led a group of energetic Native American youth through a basketball clinic at the U.S. Department of Interior’s gymnasium. It was a great way to start LMIC’s second year of inspiring healthy living in Indian Country. 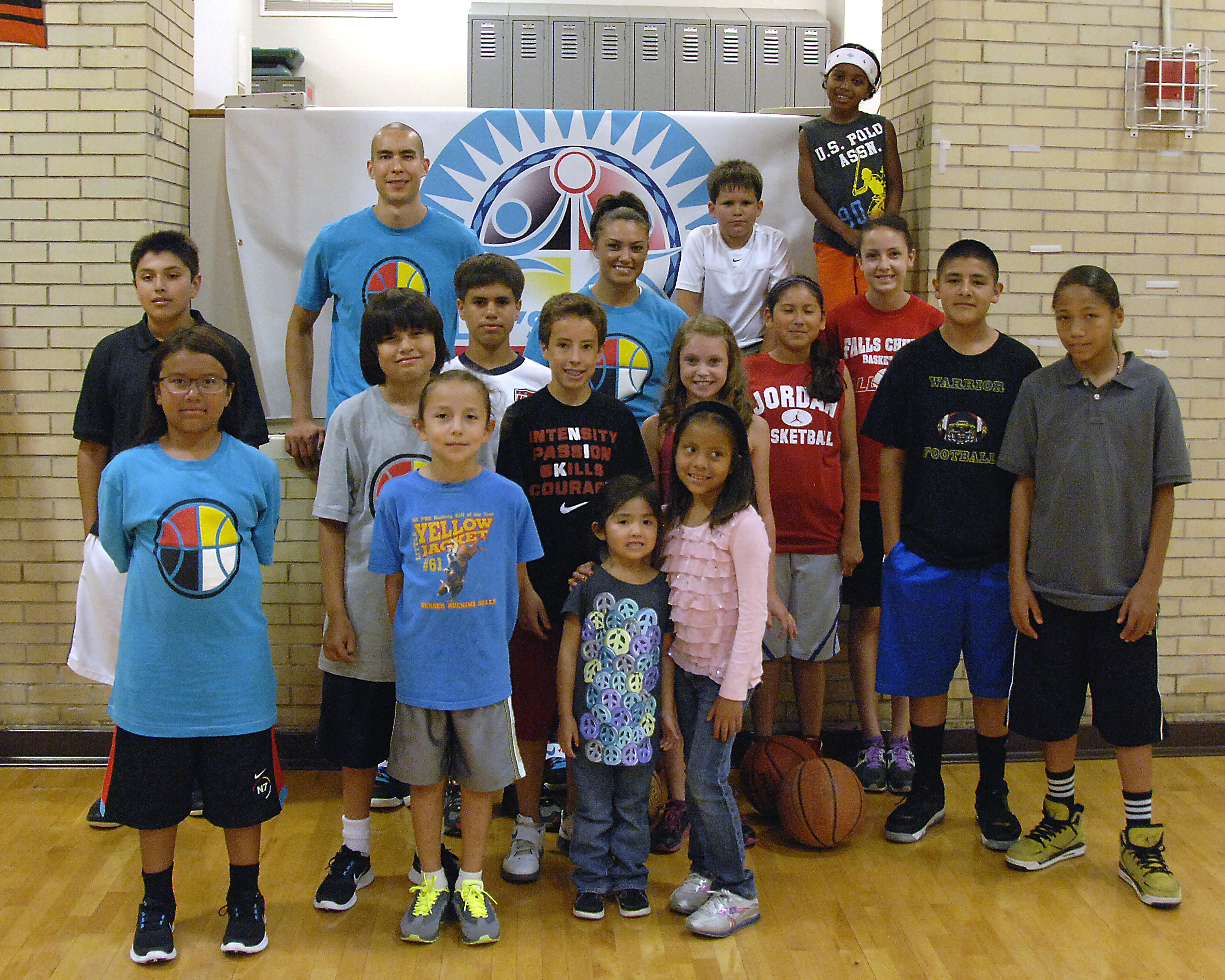 Donald "Del" Laverdure is the Acting Assistant Secretary-Indian Affairs at the Department of the Interior.