President Obama Discusses the State of the Economy

June 8, 2012 at 5:13 PM ET by Matt Compton
Twitter Facebook Email
Summary:
President Obama was in the White House Briefing Room to discuss the state of the economy and answer a few questions from reporters. See what he had to say. 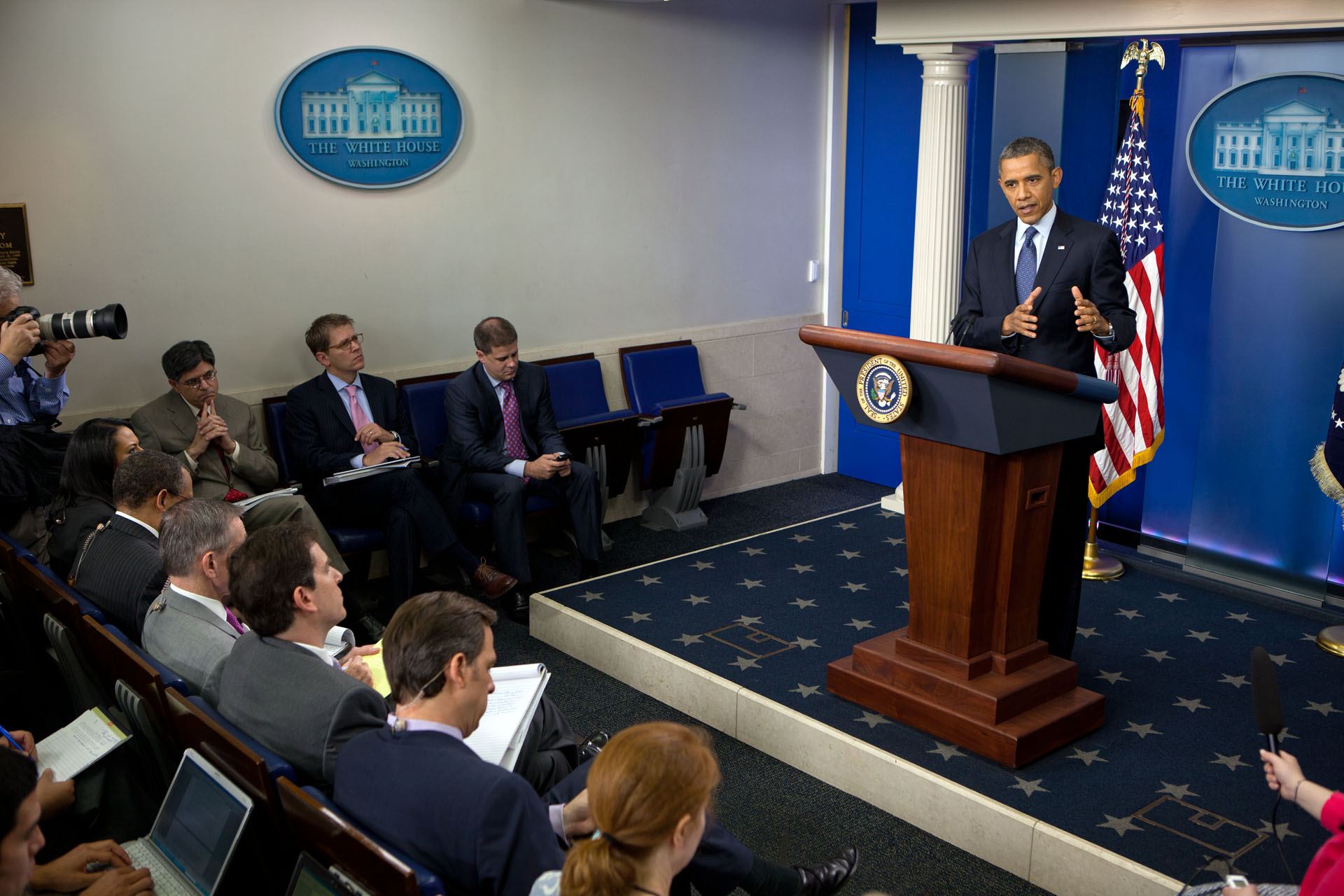 President Obama today took to the podium in the White House Briefing Room to discuss the state of the economy and answer a few questions from reporters.

He began by addressing the ongoing crisis in Europe -- America's largest trading partner -- and why it's an area of focus for his administration.

The President told reporters that, while there are reasons for concern, European leaders have the capacity to solve their problems -- and they'll have the support of the United States in that effort.

The President also said that the continued instability of the international economy is another reason why lawmakers need to do more to create jobs here at home:

[Since] the housing bubble burst, we’ve got more than a million construction workers out of work. There’s nothing fiscally responsible about waiting to fix your roof until it caves in. We've got a lot of deferred maintenance in this country. We could be putting a lot of people back to work rebuilding our roads, our bridges, some of our schools. There's work to be done; there are workers to do it.  Let’s put them back to work right now.

The housing market is stabilizing and beginning to come back in many parts of the country. But there are still millions of responsible homeowners who've done everything right but still struggle to make ends meet. So, as I talked about just a few weeks ago, let’s pass a bill that gives them a chance to save an average of $3,000 a year by refinancing their mortgage and taking advantage of these historically low rates.  That's something we can do right now. It would make a difference.

Instead of just talking a good game about job creators, Congress should give the small business owners that actually create most of the new jobs in America a tax break for hiring more workers.

These are ideas that, again, have gotten strong validation from independent, nonpartisan economists. It would make a difference in our economy. And there's no excuse for not passing these ideas. We know they can work.

Read the full remarks from the press conference, including President Obama's answers to reporters, here.