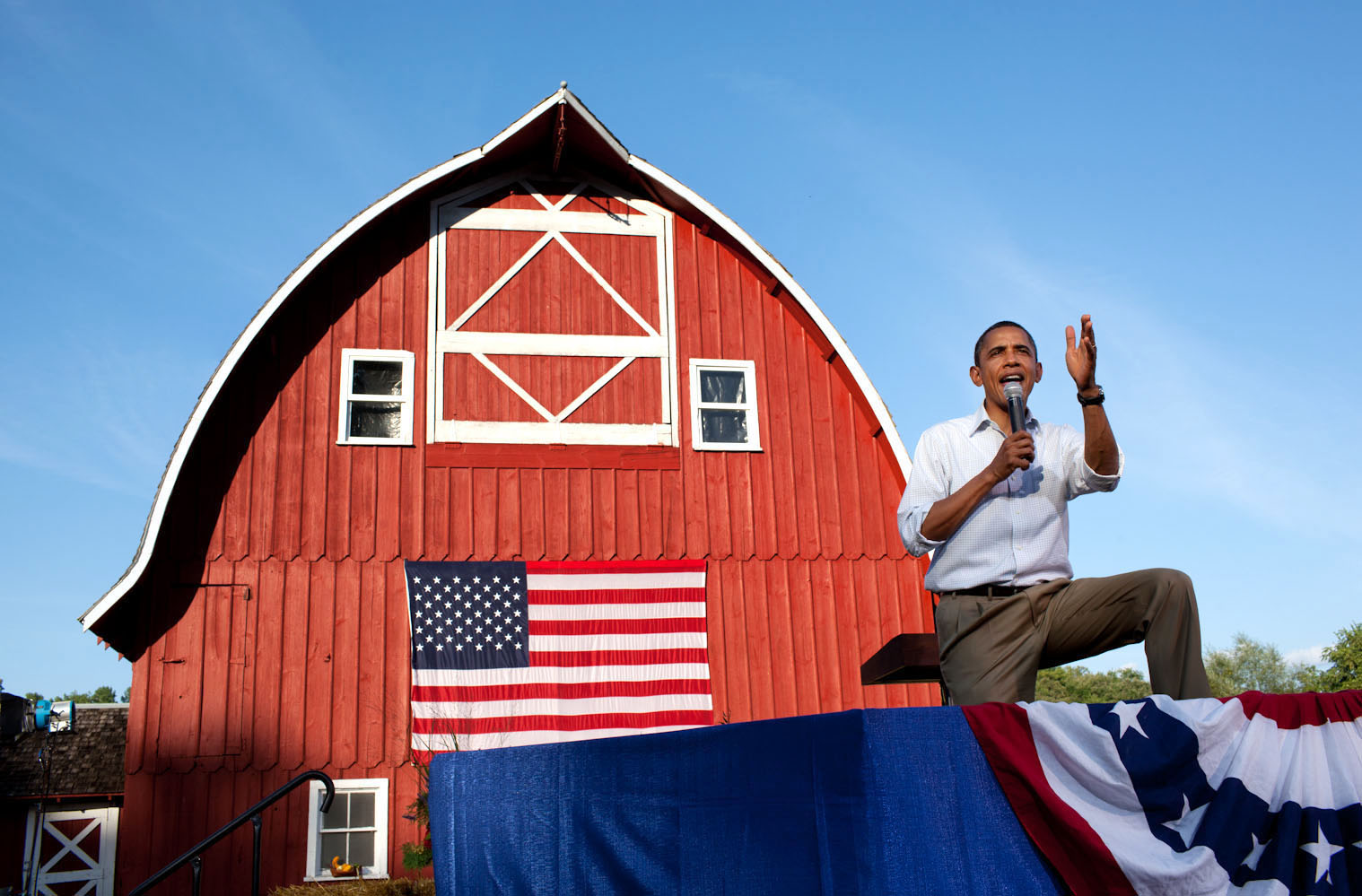 President Barack Obama holds a town hall meeting at the Seed Savers Exchange in Decorah, Iowa, on the first day of a three-day bus tour in the Midwest, Aug. 15, 2011. (Official White House Photo by Pete Souza)

Today, President Obama talked to local TV reporters from communities around the country with significant rural populations. These interviews come as the White House released a report noting progress that has been made in the agricultural economy and detailing the steps the Obama Administration has taken to help strengthen the farm economy and support jobs in rural America. The report was developed by the White House Rural Council, the Council of Economic Advisors, and the U.S. Department of Agriculture. In addition, the President announced new investments to help rural small businesses expand and hire.

One year ago today, President Obama established the White House Rural Council in order to better coordinate federal programs and maximize the impact of Federal investment to promote economic prosperity and improve the quality of life in rural communities. It truly is exciting that in just one year, more than a dozen new policy initiatives have been launched to assist rural America. One of those initiatives was a new commitment to invest in rural businesses through the Small Business Administration’s Small Business Investment Company (SBIC) program, at no cost to tax payers. Today the President announced that more than $400 million has already been invested this fiscal year in these businesses through the SBIC program, and that nearly $2 billion in additional funding will be invested by the end of fiscal year 2016.

While much work remains to be done, it is clear from today’s report that rural America is helping to lead the charge as our nation continues to fight its way back from the deepest economic crisis in generations. This past year, food and agriculture exports reached the highest level ever at $137.4 billion and the industry supported more than 1.15 million American jobs. America’s agricultural trade surplus also reached record levels, exceeding $42 billion.This is partly the result of a comprehensive rural strategy implemented to spur innovation, increase export levels, invest in clean energy, and expand opportunities for rural enterprises on and off the farm that create jobs.

In total, the Obama Administration has invested in more than 6,250 new rural community facilities projects and over 12,000 grants and loans that assisted over 50,000 rural small businesses. This assistance has been essential in supporting small towns and rural areas attract new business, spur growth, and create jobs.

The Council has implemented policies that hold true to the President’s all-of-the-above approach to harnessing every domestic energy source. In 2011, the U.S. became a net exporter of ethanol and researchers have linked the increasing supply of ethanol to a drop in gasoline prices of approximately $0.25 per gallon on average. These investments provide increasing opportunities for farmers, ranchers, and forest managers to contribute to U.S. energy security and greenhouse gas mitigation goals. But we can’t stop there. As part of his “To-Do List,” the President has called on Congress to pass the production tax credit, which will play an essential role in supporting American businesses and American jobs in communities across the county, while also investing in American innovation.

The exceptional accomplishments of The White House Rural Council over the past year show the Obama Administration’s commitment to improving the lives of rural Americans. But we have more to do; we look forward to continuing the critical work of bringing more investments and support to the vital, hardworking rural communities that truly are the cornerstone of America.