June 13, 2012 at 1:49 PM ET by Sharon E. Burke
Twitter Facebook Email
Summary:
By cutting our demand for fuel, we can build a lighter, leaner, more lethal military force and lower our costs

This morning, Secretary of Defense Leon Panetta testified before the Senate Appropriations Committee on the Department’s 2013 budget request.  In his remarks, he highlighted DoD’s investments in energy security for our troops and also noted DoD’s objection to efforts that limit our options. Specifically, he said:

“As part of our efforts to confront fuel costs and also enhance our war-fighting capabilities, we are looking to make our installations and operations more fuel efficient and to diversify our energy sources, including with alternative fuels. I oppose efforts by Congress to limit the Department's options for using alternative fuels. These efforts could deprive commanders of the flexibility they need to meet tactical and operational needs and make us more exposed to potential supply disruptions and future price volatility of petroleum products.”

The Secretary was referring to recent Congressional amendments that have the potential to hamper the military’s ability to buy fuel for operational purposes today and to research the fuels we need for the future. 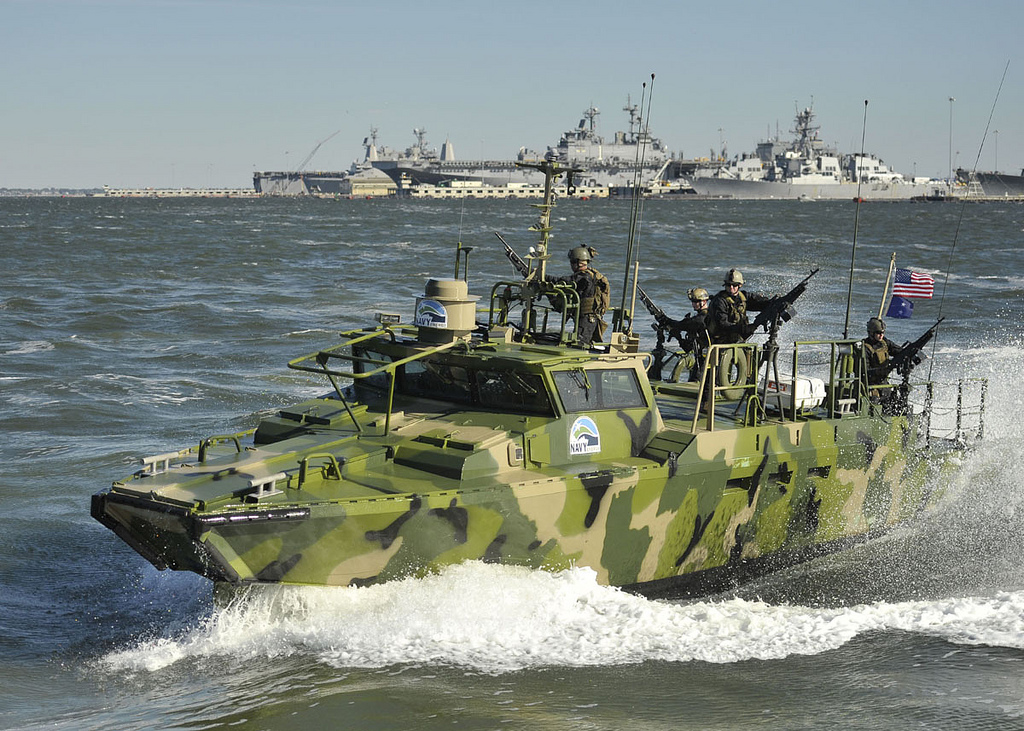 The Department of Defense is testing and certifying its ships, planes, and vehicles to run with alternative fuels to ensure our military is ready for the future. Pictured here is the Navy’s Riverine Command Boat, being tested with a 50/50 blend of alternative and petroleum-based fuel. (by U.S. Navy)

In fact, last year, DoD purchased 5 billion gallons of fuel at a cost of more than $15 billion to conduct worldwide military operations. By cutting our demand for fuel, we can build a lighter, leaner, more lethal military force and lower our costs. In next year’s budget, 90 percent of DoD’s planned $2.5 billion investment in operational energy and facilities energy security initiatives will go toward better energy performance and efficiency for military equipment and buildings.

These efforts include better batteries and tactical solar technologies to enhance the mobility of warriors in the fight, improved electricity generation and heating and cooling systems at forward operating bases in Afghanistan, and more efficient engines and propulsion for combat vehicles, ships, and aircraft. They save lives in combat and take millions of gallons of fuel out of the fight.

The other 10 percent of our planned investment is to diversify our supply of energy, which includes a relatively small, but important, investment in alternative fuels. Most of DoD’s investment in this area ensures that our equipment can operate on a wide range of fuels.  As one of the world’s largest consumers of petroleum fuels, DoD has an interest in the development of alternatives as a hedge against potential supply disruptions and future price volatility. As a national security agency, we also have a strong interest in easing the economic and geostrategic pressures the global market exerts on all Americans.

We’re partnering with other agencies such as the Department of Energy and the Department of Agriculture, as well as the private sector, to leverage their work and to ensure DoD’s investment in military energy security benefit the civilian economy as well.

The bottom line is that DoD’s operational energy investments are focused on meeting warfighter needs. We look forward to working with Congress to ensure that our troops have the support they need to accomplish their mission.