June 13, 2012 at 6:26 PM ET by
Twitter Facebook Email
Summary:
The President’s Executive Order and the US Ignite partnership are a two-pronged approach to help speed the delivery of broadband connectivity to communities, businesses, and schools across the Nation.

Tomorrow, the President will sign an Executive Order to make broadband construction along Federal roadways and properties up to 90 percent cheaper and more efficient.  Currently, the procedures for approving broadband infrastructure projects on properties controlled or managed by the Federal Government—including large tracts of land, roadways, and more than 10,000 buildings across the Nation—vary depending on which agency manages the property. The new Executive Order will ensure that agencies charged with managing Federal properties and roads take specific steps to adopt a uniform approach for allowing broadband carriers to build networks on those assets.  It will also allow service providers to deploy broadband while roads are under construction, a practice that hugely cuts costs.

Additionally, at an event beginning at 9am ET tomorrow, the White House will announce that nearly 100 partners—including cities, national research institutions, and industry supporters—have formed a new public-private partnership called “US Ignite.” The US Ignite Partnership will create a new wave of services that take advantage of state-of-the-art broadband networks running up to 100 times faster than today’s Internet.  By bringing together government agencies, private companies, and communities, the partnership aims to accelerate the development of applications for advanced manufacturing, medical monitoring, emergency preparedness, and a host of other services. These applications will improve services to Americans, drive job creation, promote innovation, and create new markets for American businesses. 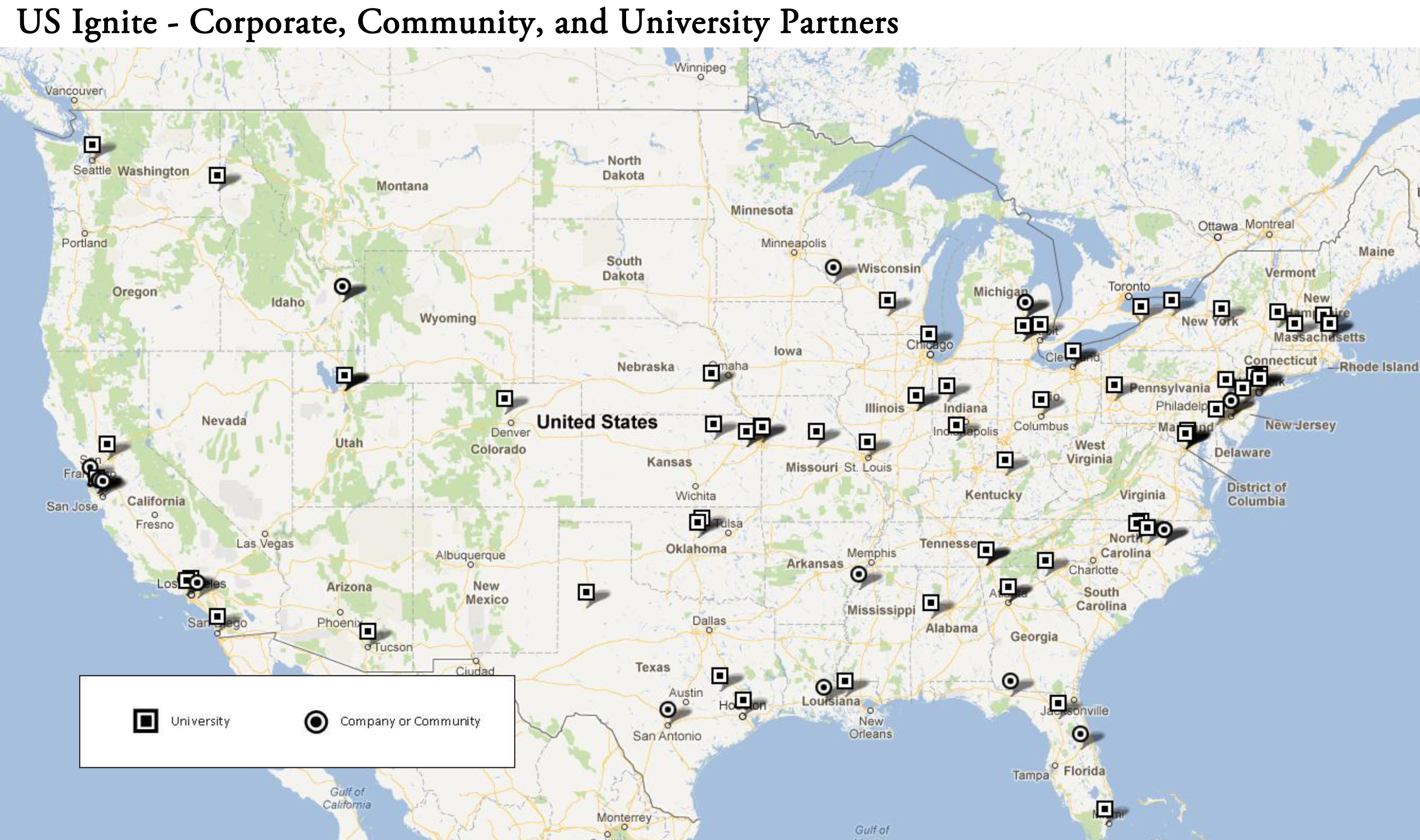 The President’s Executive Order and the US Ignite partnership are a two-pronged approach to help speed the delivery of connectivity to communities, businesses, and schools across the Nation. “By connecting every corner of our country to the digital age,” President Obama said. “We can help our businesses become more competitive, our students become more informed, and our citizens become more engaged."

For a complete list of US Ignite’s partners and initiatives across the country, check out their interactive map.