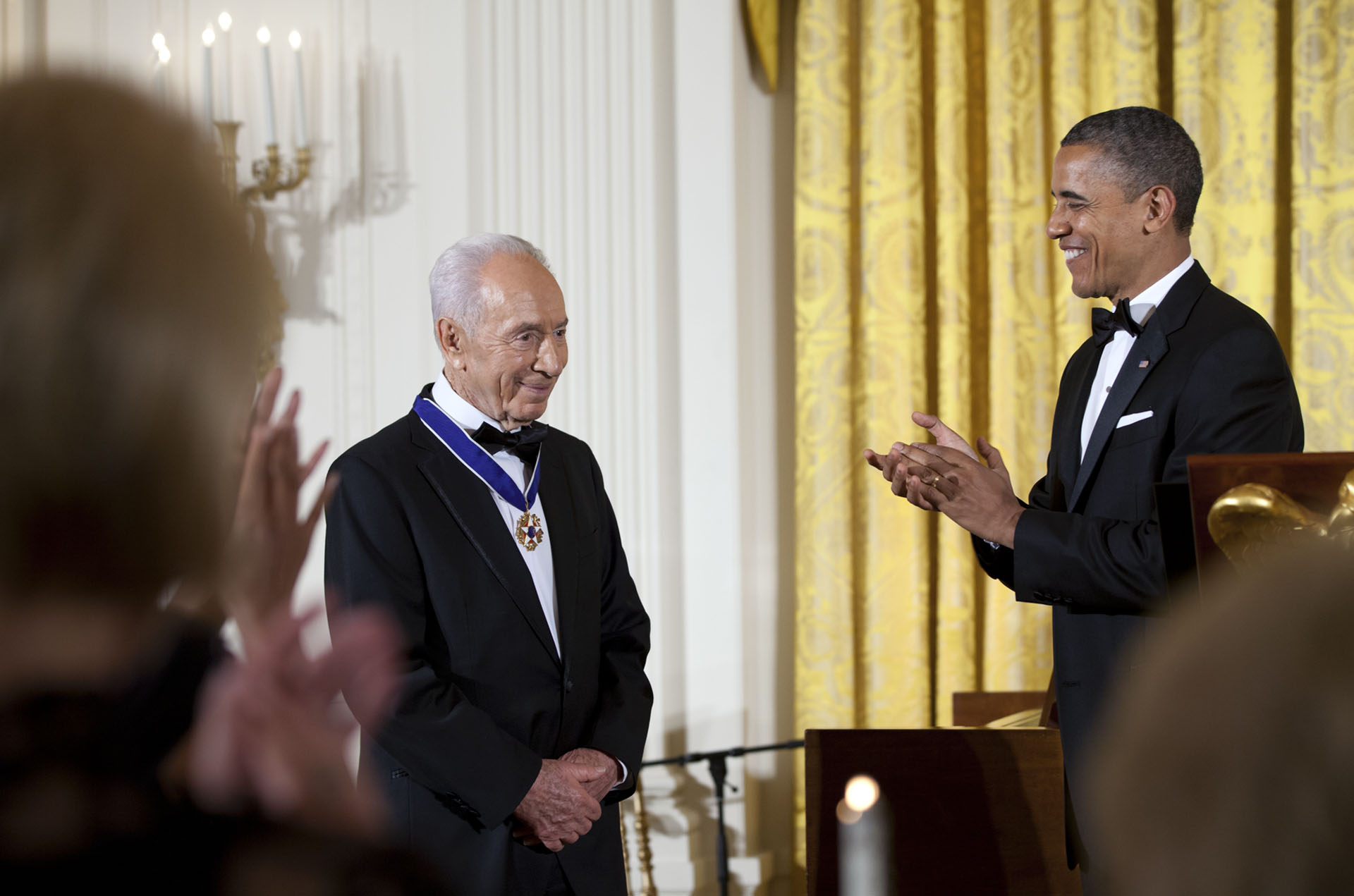 President Barack Obama presents the Presidential Medal of Freedom to President Shimon Peres of Israel during a ceremony and dinner in the East Room of the White House, June 13, 2012. (Official White House Photo by Pete Souza)

In a ceremony at the White House on Wednesday, President Obama awarded the Medal of Freedom to Shimon Peres, the President of Israel.

“The man, the life that we honor tonight is nothing short of extraordinary,” President Obama said.

Peres began his career in 1947, serving in the Haganah, the predecessor to the Israel Defense Force. He was elected to the Knesset at age 36. Through the course of the next half century, he twice served as Prime Minister and once as Acting Prime Minister. In 1994, he won the Nobel Peace Price with Yitzhak Rabin and Yasser Arafat.

The Medal of Freedom was established by President Kennedy and is presented to those who have made "an especially meritorious contribution to the security or national interests of the United States, world peace, cultural or other significant public or private endeavors."

President Peres joins an illustrious group of world leaders -- including Margaret Thatcher, Nelson Mandela, and Vaclav Havel -- who previously been presented with the medal.