A Veteran’s “Father’s Day Thank You” to his Girls

June 17, 2012 at 8:00 AM ET by Bob Curry, founder of veteran’s network Dryhootch
Twitter Facebook Email
Summary:
In honor of Father's Day, we'll be posting three messages today about fatherhood, family, and recovery. This post comes from Bob Curry, a Vietnam veteran in recovery and the founder of Dryhootch, a veterans' network. Corresponding notes from his two daughters, Amy and Kristy Curry, are included in the following post.

Editor's note: In honor of Father's Day, we have two posts today about fatherhood, family, and recovery. This post comes from Bob Curry, a Vietnam veteran in recovery and the founder of Dryhootch, a veterans' network. Notes from his two daughters, Amy and Kristy Curry, are included in the following post.

During the past year, I’ve had the honor to be a part of both of my daughters’ weddings. There was a time when I believed that would never be possible.

As a young solider more than three decades ago, I left Vietnam and shut the door on all that happened there. I moved on to the promises of life that every American hopes to enjoy. I married my high school sweetheart, finished college, and got a great job at an iconic American tech company. Soon after, my wife and I bought our first home and our two beautiful daughters joined us. 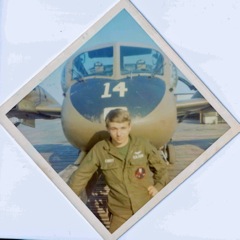 Life was great; the war was a distant memory, and my family was flourishing. We were fortunate—my wife was able to stay home with our girls and we both spent as much time as possible with them. We enjoyed weekends at home, and our parties revolved around the family; drinking was never an issue.

It was never an issue, that is, until the drums of our wars in the Middle East began to beat and the demons of my own war experience demanded my attention. It was like a switch was flipped in my head. Images and reports of these new wars became intertwined with my own memories, and I found myself withdrawing from my family. I found alcohol could calm the storms in my head, at least for a while. Denial is the hallmark of an addicted person, everyone else around you knows what going on; and the only one you are fooling is yourself.  My daughters, then in college, along with my wife, watched me self-destruct but were powerless to stop me. They couldn’t talk to me anymore, and they couldn’t understand me. They could only suffer and watch my descent into darkness.

A dad often thinks of his daughters as his “little” girls, who need to be protected and shielded from the world. Yet, when my life collapsed, I learned that my “little girls” were in fact women capable of protecting me. Who was strong when I no longer had hope? Who refused to quit when I had given up? Who reached out to other veterans to get me help for Post-Traumatic Stress Disorder from a war that refused to let me go?  My daughters and wife are the ones who fought for me when I was convinced my fight was over.

It has been a long journey. They say that life is ten percent what happens to us and ninety percent how we react to it. These women reacted when I was unable, while their own lives crumbled underneath them. They have given me the greatest gift a father could ever hope to receive on Father’s Day. They gave me their unconditional love. And now, more than nine years sober, I now help other veterans deal with their struggles, and I’ve rebuilt my relationship with my daughters.

There is hope for those struggling with addiction and mental disorders. In my case, my girls and my wife—and the veterans and doctors they reached out to— were my hope.  They made it possible for me to regain my sanity and sobriety. My girls give me a Father’s Day gift every day of my life. They give me their love. They’ve given me today. And I will be eternally thankful. 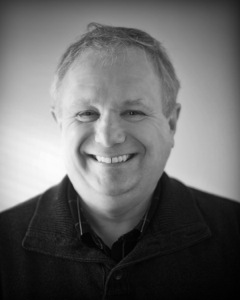