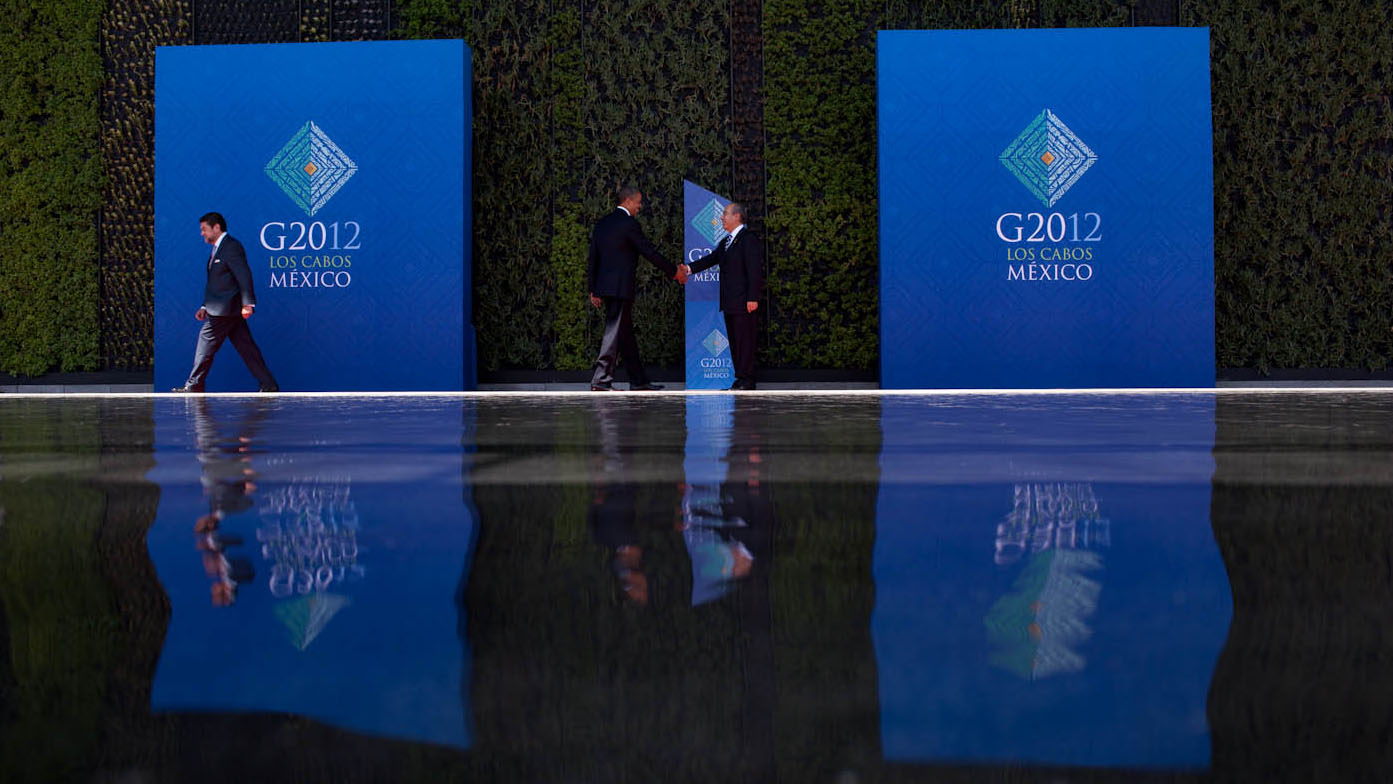 In addition to official sessions of the G-20 summit, President Obama is taking advantage of his trip to Los Cabos to hold a series of bilateral meetings with world leaders.

His first two discussions were with the presidents of Mexico and Russia.

After his meeting with Felipe Calderon, President Obama thanked the Mexican president for his leadership and his friendship.

President Obama also expressed a measure of hope for the economic situation in Europe after the recent Greek elections.

"I think the election in Greece yesterday indicates a positive prospect for not only them forming a government, but also them working constructively with their international partners in order that they can continue on the path of reform," he said.

The G-20 Summit officially kicked off with an arrival ceremony at 2:45 PM local time, and the assembled world leaders later held their first plenary session and then met for a working dinner.