As a proud second-generation Filipino American, I was honored to join members of my community who heard from Obama Administration officials on issues of importance to Filipino Americans nationwide. 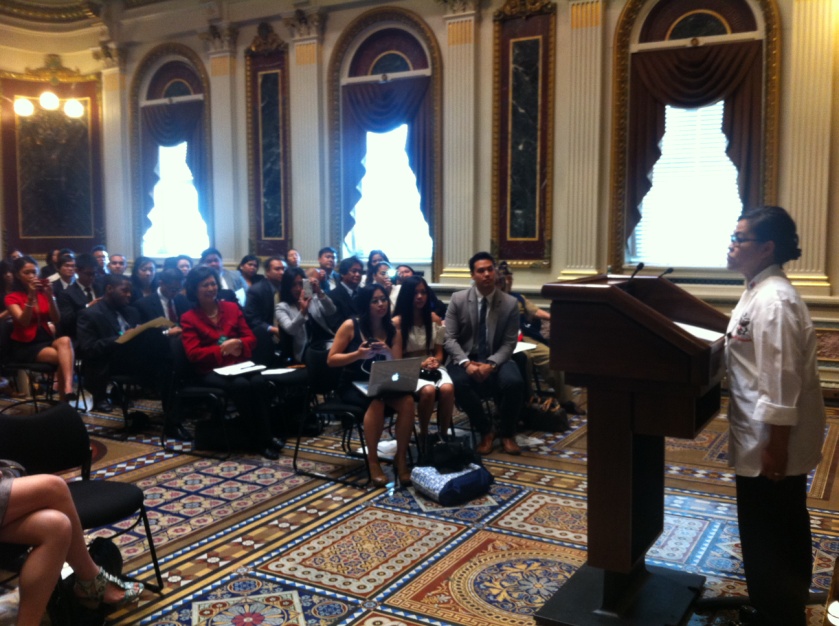 Hector Vargas, a member of the President’s Advisory Commission on AAPIs, welcomed participants to the White House and applauded the Obama Administration’s efforts to engage and include all members of the AAPI community in the work of the federal government.

Kiran Ahuja, Executive Director of the White House Initiative on AAPIs, described the Initiative’s outreach efforts, including the more than 200 events in 25 states and 50 cities that they have held, reaching more than 25,000 people.  She also engaged the audience in a dialogue about how the Initiative helps facilitate access to federal programs across many diverse fields, including education, health, civil rights, community development, and economic growth.

Representatives from various federal agencies, including the Departments of Veterans Affairs, Housing and Urban Development, and Homeland Security, and the Small Business Administration also participated in the event.

Finally, White House Executive Chef, Cris Comerford, surprised guests by stopping by.  Chef Comerford spoke about the need for young people in public service, and noted that, like everyone else, she too is a beneficiary of the Administration’s work on behalf of AAPIs.

The Filipino American community, and the broader AAPI community, have contributed to and enriched America with unique contributions, a distinctive legacy, and a vibrant heritage.  I am optimistic that we can continue this important dialogue.

Jason Tengco is the Advisor on Public Engagement for the White House Initiative on AAPIs.