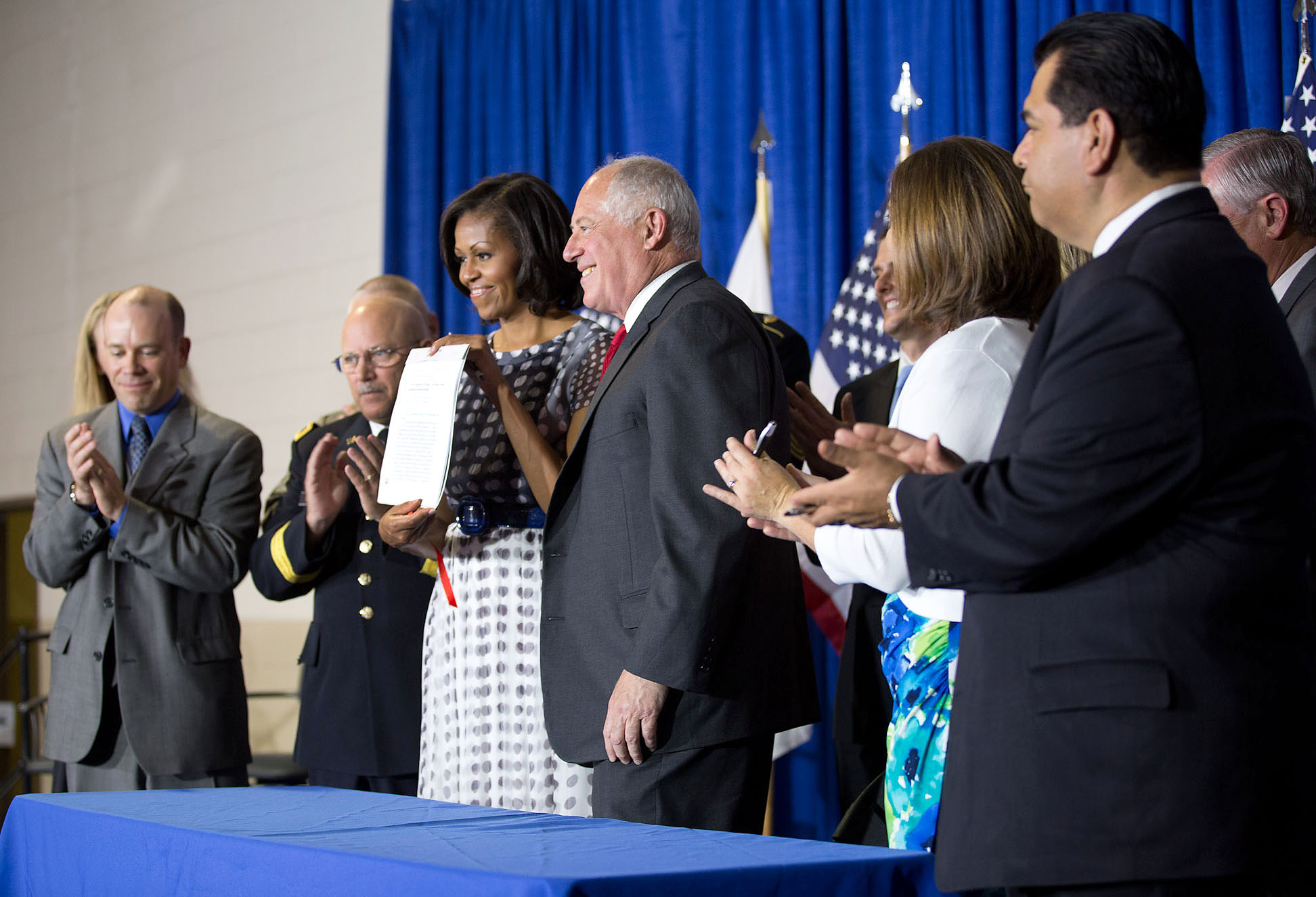 Earlier today in Chicago, I had the wonderful privilege of joining First Lady Michelle Obama and Illinois Governor Pat Quinn as the Governor signed into law the “Military Family Licensing Act,” which will help literally thousands of military spouses and veterans transfer their professional licenses to Illinois more easily.

Were you to tell me last year that we’d be standing in Illinois – or any other state for that matter – with the First Lady and witnessing the Governor signing a bill supporting military spouse license portability, I wouldn’t have thought it was possible.

Well, we’re beyond possible in Illinois, license portability for military spouses is now… the law.

Here’s the story of how we got here and what it means.

The First Lady and Dr. Jill Biden spoke to the nation’s Governors and their spouses in February about how they could support military spouses by making it easier for their licenses to transfer as they move from state to state.

You can appreciate that there are hundreds of issues that the First Lady and Dr. Biden could have addressed but they focused on supporting our nation’s military spouses and in this case the 100,000 military spouses in the country who serve in professions that require state licenses.

Back in February, only 11 states had pro-spouse legislation in-place.

Today, Illinois became the 23rd state to adopt pro-military spouse license portability measures. The Bill will allow military spouses moving to bases in Illinois, for example, to more quickly and efficiently join the work force. So if your husband or wife gets orders and you’re heading to Naval Station Great Lakes to train the next generation of young sailors at “Boot Camp” and you’re a nurse – or your spouse got orders to Scott Air Force Base to help manage the issues of global logistics and you’re a physical therapist ----- your life just got a LOT better. 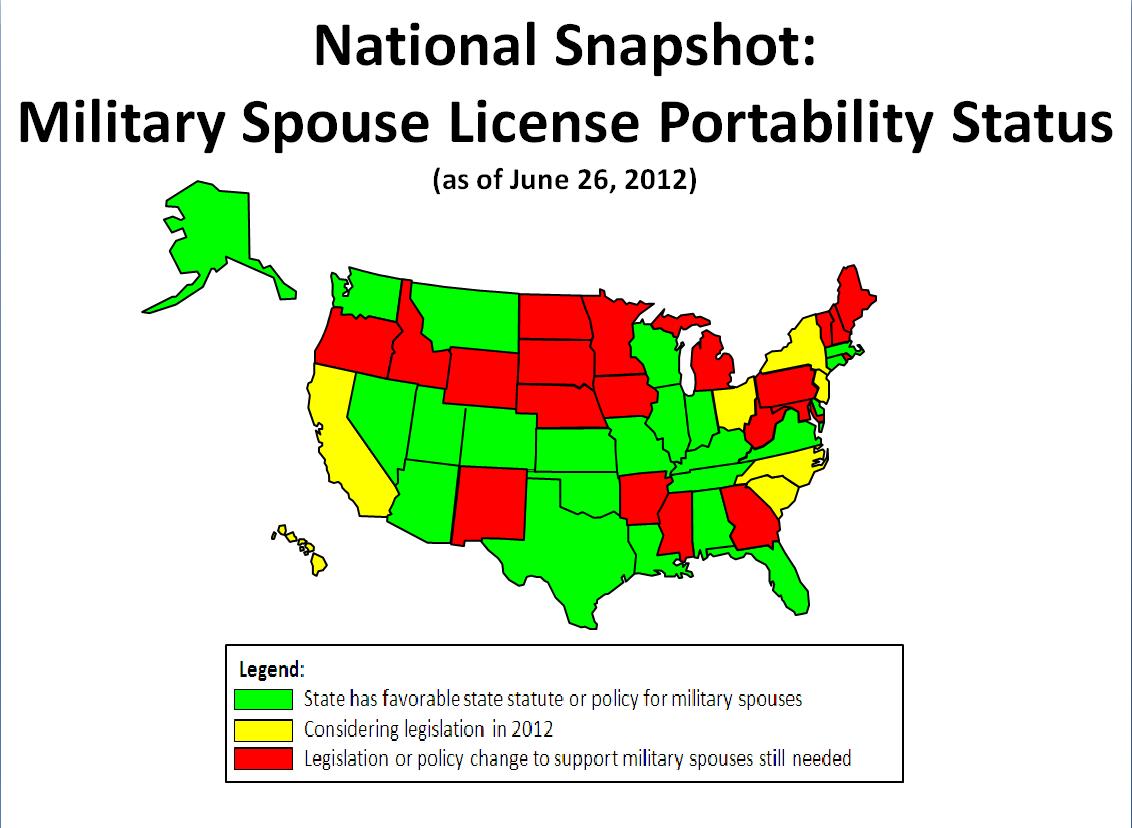 This leap of support from around the country is truly extraordinary– in less than 4 months since the First Lady and Dr. Biden’s call to action, the number of states supporting military spouse licensing portability has more than doubled.

That’s a huge leap – particularly because the issue of license portability is not new – it’s decades old. I’m an Army brat and I remember my parents talking about this when I was a kid. And this issue affects dozens of professions who are impacted including teachers, nurses, speech pathologists, dental hygienists, physical therapists, counselors, and so many more.

So whether it’s bringing companies together to hire military spouses or breaking down barriers to employment, every spouse in this country should know that America has your back. So as you serve this country, we’ll continue to work hard and serve you – and we won’t stop until you feel the thanks of a grateful nation.