June 28, 2012 at 5:56 PM ET by David L. Myers
Twitter Facebook Email
Summary:
When the Christian Valley Baptist Church in Boligee, AL was destroyed by last April's tornadoes, they faced an insurmountable repair bill. But members of an Ohio Mennonite congregation stepped in to help rebuild, finding housing at a congregation in Boligee that, possibly due to racial tension, had been burned down in 1996 and rebuilt.

Tornadoes and fires hold more in common than being disasters: they can also make good neighbors.

This is uniquely true in Boligee, AL, a small rural town near the Mississippi border, and Hartville, OH, near Akron. It's a great story of faith communities helping each other -- and it has a beautiful twist at the end.

The story begins in and around Boligee in 1996, when four African American churches burned to the ground. Though it has never been proven, many suspect the fires were related to racial tension. Volunteers from around the world rebuilt the four churches -- including Little Zion Baptist Church -- with the assistance of Quakers and Mennonites.

Fast forward to April 27, 2011, when tornadoes tore through central Alabama, killing 139 people and destroying billions of dollars of property, including the Christian Valley Baptist Church in Boligee, home of a small African American congregation. 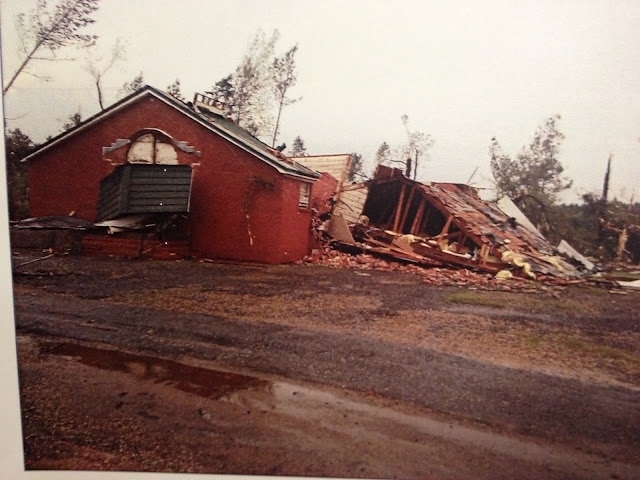 The Christian Valley Baptist Church in Boligee, AL, a small African American congregation, was destroyed by a tornado in April 2011. (Photo courtesy of David L. Myers)

The Rev. Tracy Giles, Christian Valley’s pastor, didn’t know what to do. Insurance would cover $165,000, but estimates to rebuild the church exceeded $500,000. Pastor Giles heard about Mennonite Disaster Service and sat down over coffee with one of its coordinators, Jerry Klassen. Pastor Giles told Klassen, “I need a thread of hope.”

Klassen responded, “I can throw you a rope of hope.”

“It was God reaching across the borderline,” said Deacon Willie Cain.

The Rev. David L. Myers, a Mennonite minister and director of the DHS/FEMA Center for Faith-based & Neighborhood Partnerships, who participated in the dedication ceremony, said it was a mutual opportunity for service. “Christian Valley Baptist cannot be itself without a church to worship in, and Mennonite churches cannot be themselves without a service project.” 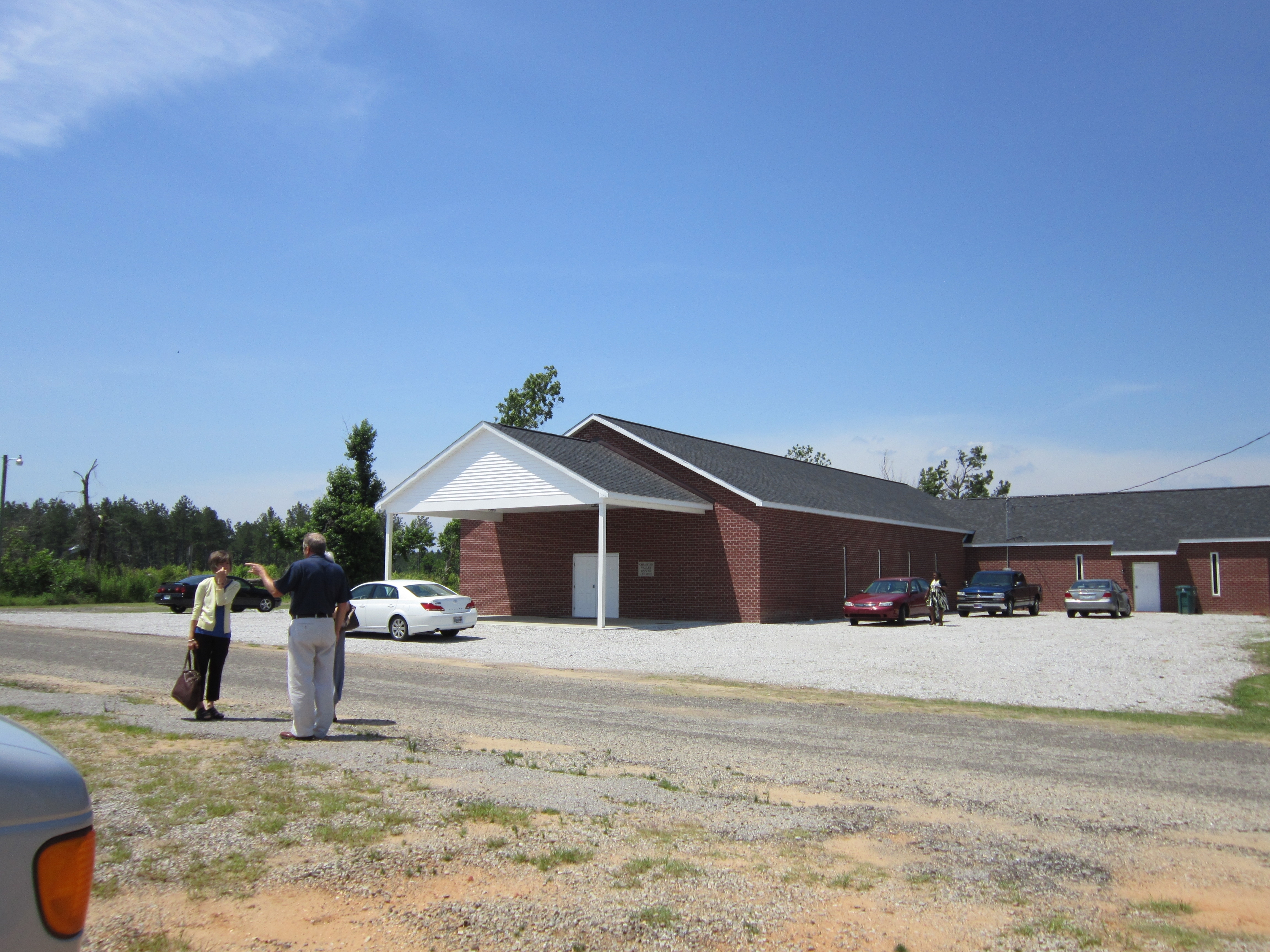 And here's the beautiful twist: one of the biggest challenges faced every year by thousands of disaster volunteers is finding housing during their time of service. That wasn't the case for the volunteers rebuilding Happy Valley Baptist Church.

Remember Little Zion Baptist Church, which was burned and rebuilt in 1996? That same church provided housing for more than 80 volunteers who traveled more than 800 miles from Hartville to Boligee.

Disasters of all kinds can indeed make good neighbors.

The Rev. David L. Myers is the Director of the Department of Homeland Security Center for Faith-based & Neighborhood Partnerships.