July 9, 2012 at 4:40 PM ET by Julie Chavez Rodriguez
Twitter Facebook Email
Summary:
President Obama and key members of the administration celebrate the Fourth of July by welcoming newly naturalized citizens in cities across the country.

In naturalization ceremonies across the country last week, including at locations important to American history, members of the Obama Administration welcomed scores of newly naturalized citizens in commemoration of our nation’s independence. President Obama himself hosted a special naturalization ceremony in the East Room of the White House.

In remarks at Mount Vernon Estate, Virginia, home of America’s first president, Cecilia Muñoz, Director of the White House Domestic Policy Council, acknowledged that America’s history is rooted in the immigrant experiences of generations. “This is really a perfect day for this ceremony. Two-hundred thirty six years ago, 56 founders put their names on a piece of paper. Up until that moment, none of them were American. Even those who had spent their entire lives in one of the thirteen colonies had grown up in another country,” remarked Ms. Muñoz. 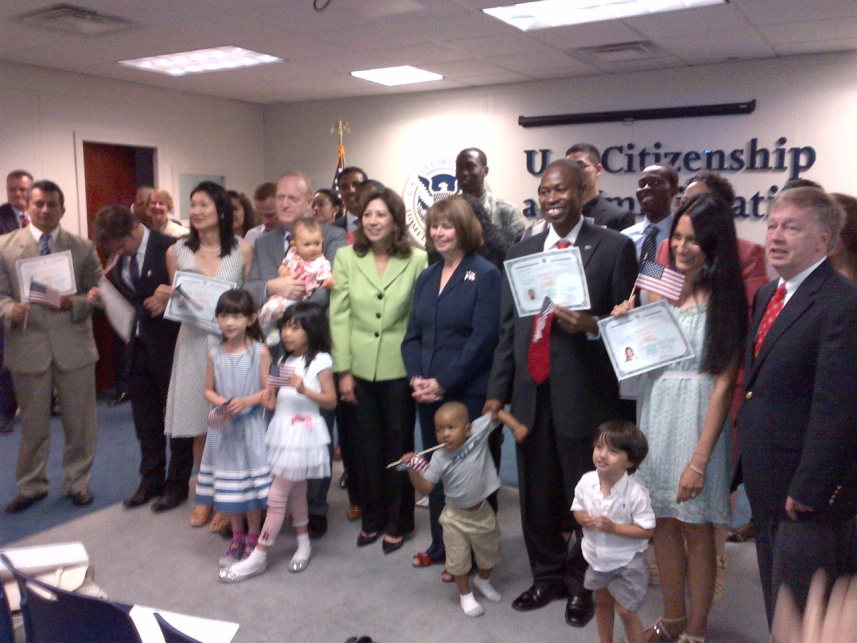 Cabinet Secretary Chris Lu gave a moving speech at the William Paca House and Garden in Annapolis, Maryland in which he highlighted the responsibility new Americans have to this country. “If President Obama were here, he would tell you that my story, his story, and all of your stories exemplify ‘the spirit of possibility’ in our country… But this ‘spirit of possibility’ also comes with a price. It comes with responsibilities. And one of those responsibilities is being a participant in the world’s most vibrant democracy.”

Chair of the Council on Environmental Quality, Nancy Sutley and Small Business Administrator Karen Mills provided congratulatory remarks on board the USS Constitution in Boston, Massachusetts.  Chair Sutley remarked, “On this Fourth of July, I congratulate all of you on this important achievement. Your hard work and determination has led you here today, and I welcome you as our newest citizens. I am confident that you too will carry the spirit and dedication of those who came before you, and that you will strengthen our great heritage as a nation of immigrants.”

President Obama, along with Homeland Security Secretary Janet Napolitano and U.S. Citizenship and Immigration Services Director Alejandro Mayorkas, hosted a very special Independence Day naturalization ceremony at the White House for 25 active duty service men and women and their families. These men and women came to the U.S. from countries around the world. And even as new comers to the United States, they chose to defend American values, to fight for our freedom through service in the military. 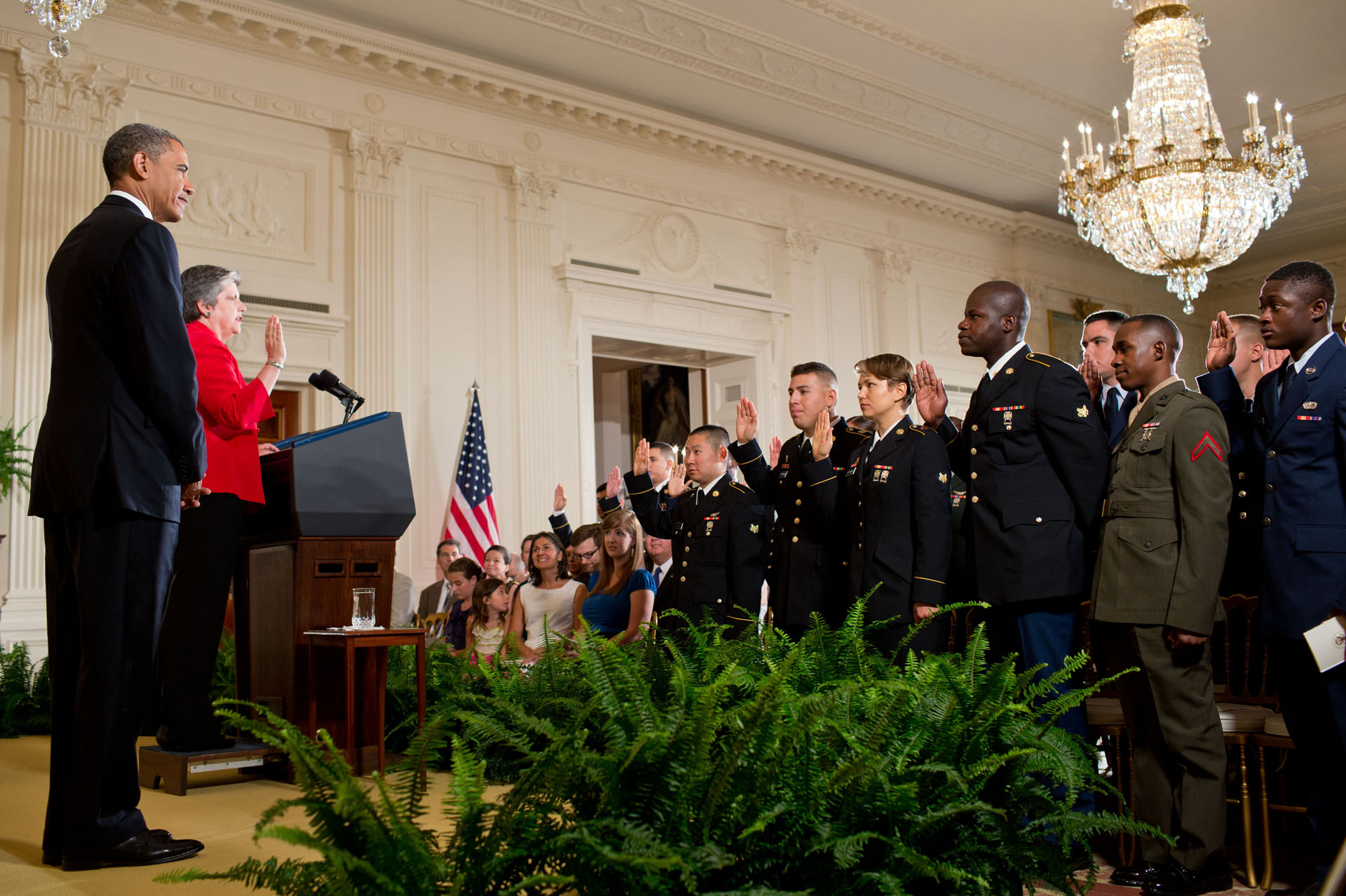 “…[A]ll of you did something profound: you chose to serve. You put on the uniform of a country that was not yet fully your own. In a time of war, some of you deployed into harm’s way. You displayed the values we celebrate every Fourth of July—duty, responsibility, patriotism.” To watch the President’s Speech, click here.

As we celebrate the birth of our nation and the ideas rooted in its founding – that all people are created equal, that all share in the responsibility of cherishing and protecting freedom, and that all have a role to play in our democracy – the President and the entire Administration welcome our country’s newest Americans and look forward to the next chapter of American history that we will all write together.

Julie Chavez Rodriguez is an Associate Director in the Office of Public Engagement.