July 9, 2012 at 3:34 PM ET by Amy Brundage
Twitter Facebook Email
Summary:
If Congress fails to act, a typical middle-class family of four will see its taxes go up by $2,200, and America’s small business owners would take a big hit. The President refuses to let that happen. 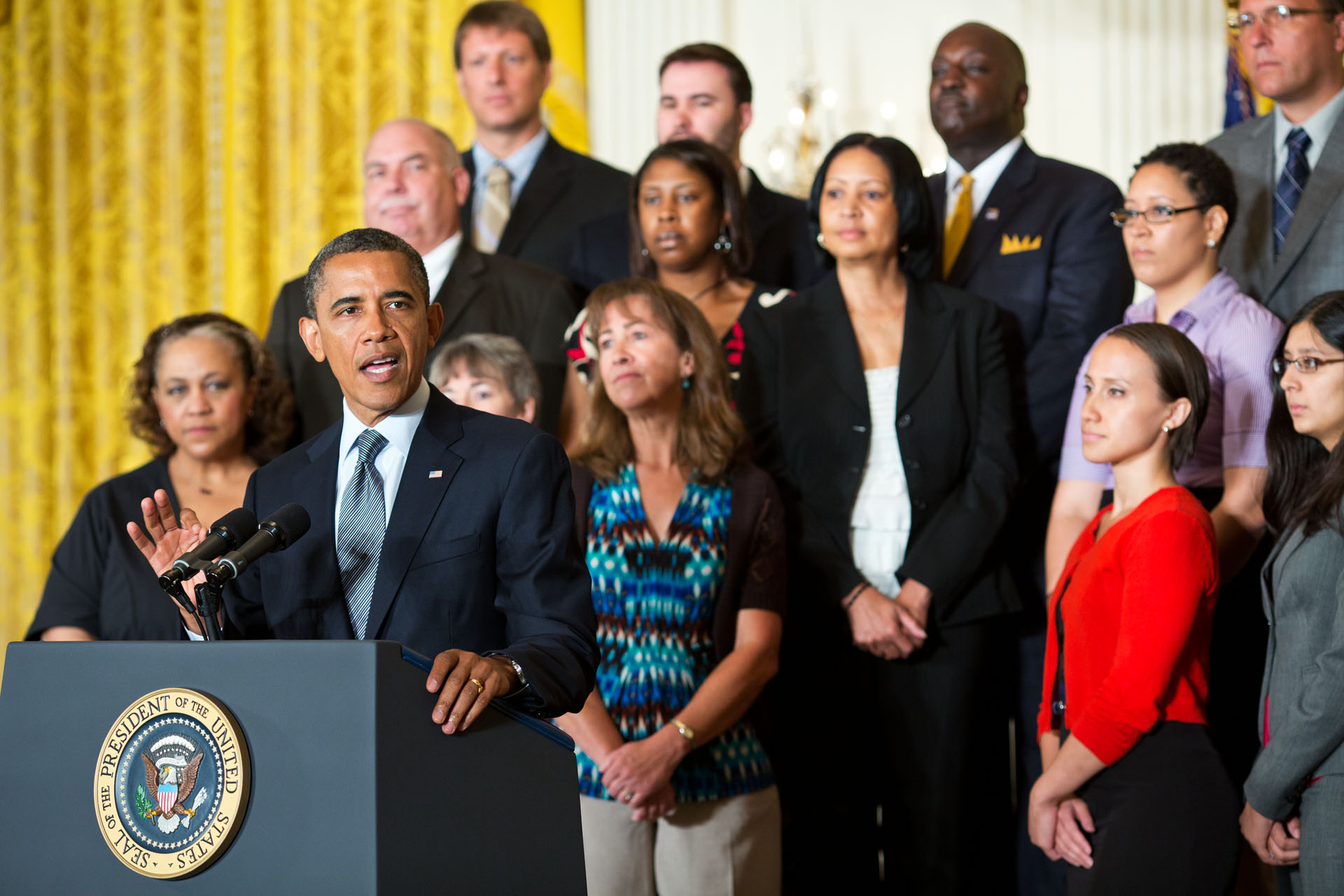 President Barack delivers a statement on the need for Congress to act to extend tax cuts for middle class families, in the East Room of the White House, July 9, 2012. (Official White House Photo by Pete Souza)

Today the President called on Congress to extend the middle class tax cuts for the 98 percent of Americans making less than $250,000 for another year. In fact, the President’s proposal extends tax cuts for 97 percent of all small business owners in America.  If Congress fails to act, a typical middle-class family of four will see its taxes go up by $2,200, and America’s small business owners would take a big hit. The President refuses to let that happen.

This should be one of those rare moments where everyone in Washington can agree. Independent experts, economists, and folks on both side of the aisle agree that we should extend tax cuts for middle class families. But so far, Congress hasn’t been able to extend middle class tax cuts because Republicans in Washington refuse to ask the wealthy and big corporations to pay their fair share. In fact, on every issue – from reducing the deficit in a balanced way to paying for investments in education – Republican insistence on cutting taxes for millionaires and billionaires has been the major cause of gridlock in Washington.

So, we look forward to a debate on tax cuts for the wealthy, but right now Congress should act to give middle class families the certainty and security of knowing their taxes won’t go up in six months.

As the President said, if Congress passes a bill extending the tax cuts for the middle class, he’ll sign it tomorrow. It’s time for Congress to get to work.

Unfortunately, Republicans continue to push their tired, false claims to distort and distract the American people.  We’ve already heard some folks opposing this proposal -- claiming we’re trying to tax “job creators.”  The fact is, the people who create most new jobs in America are America’s small business owners.  The President has cut taxes for small business owners 18 times. Even using an overly broad definition of who is a small business owner (a definition that includes passive investors and highly compensated lawyers and hedge fund managers), today’s proposal will extend all of the 2001 and 2003 tax cuts for 97 percent of all small business owners.

If Republicans in Congress want to act to help small businesses across the country, they should vote for the proposals the President proposed that the Senate is considering this week that include new incentives to help our nation’s small businesses grow and hire and strengthen our economy.

In a 2010 letter signed by the U.S. Chamber of Commerce, more than 80 business groups – representing industries from aerospace and wireless to builders, contractors, and retail stores – wrote that “bringing back bonus depreciation will encourage companies of all sizes to invest in newer, more efficient, and more environmentally-friendly equipment, which will help large and small businesses alike.”

Amy Brundage is the Deputy Press Secretary for the Economy.