July 12, 2012 at 11:08 AM ET by Kirsten White
Twitter Facebook Email
Summary:
The visit was an example of the Administration’s ongoing effort to raise awareness of the unique needs of military veterans and their families as they transition back to civilian life

At the organization’s career center, the Vice President and Dr. Biden joined a life skills workshop, where they met with veterans who are either currently working or searching for work. 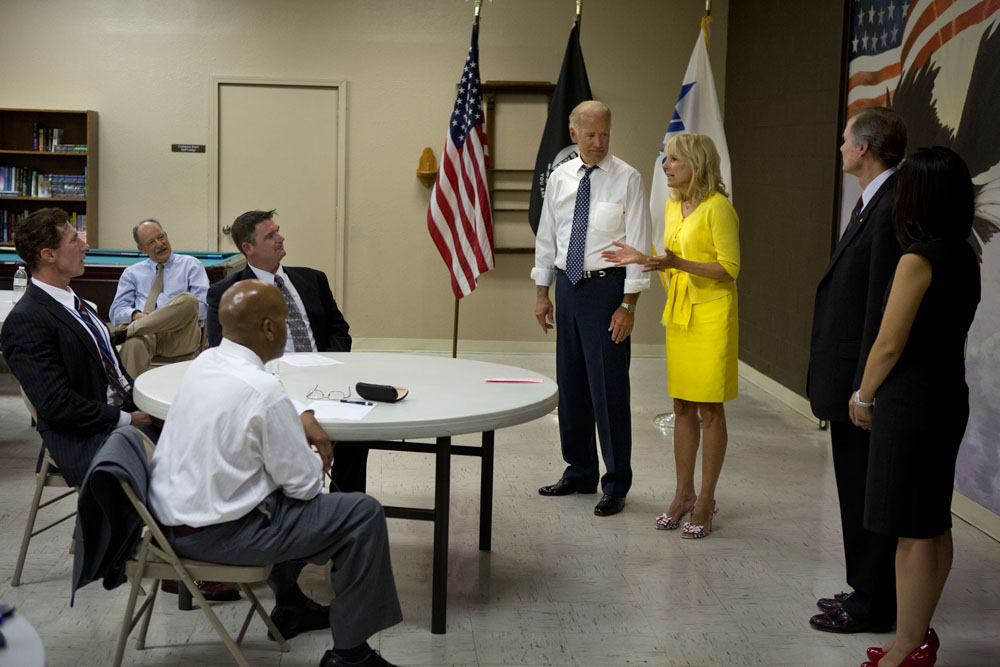 The Vice President and Dr. Biden gave thanks to the men and women who served our country and encouraged the crowd to never shy away from seeking support through groups like U.S. Vets.

"You guys don't have a thing to be ashamed of," the Vice President told the crowd. "We owe you. We owe you."

The visit was an example of the Administration’s ongoing effort to raise awareness of the unique needs of military veterans and their families as they transition back to civilian life. Through their Joining Forces initiative, First Lady Michelle Obama and Dr. Biden have travelled across the country and worked with communities to address some of the most important issues facing military families, including employment, education, and wellness. Joining Forces has played a major role in developing jobs for veterans in the private sector, and to date more than 90,000 veterans and military spouses have been hired by over 1,600 companies.  These same companies have committed to hiring 170,000 veterans and spouses in the coming years.

As part of this effort, the Department of Transportation, the Association of American Railroads (AAR) and Joining Forces announced yesterday that in 2012, the railroad industry will hire more than 5,000 veterans, with five hundred different companies and organizations making this significant commitment.

The Vice President and Dr. Biden’s visit to U.S. Vets also highlighted an important component of President Obama's "To Do List" for Congress: the creation of a $1 billion Veterans Jobs Corps program to put Afghanistan and Iraq veterans back to work on a range of projects that leverage skills developed in the military, including first responder jobs. The Administration also recently announced funding awards for new law enforcement positions for veterans through Community Oriented Policing Services (COPS) Hiring Grants. Under these grants, all new law enforcement positions must be filled by recent military veterans who have served at least 180 days since September 11, 2001.

The President, First Lady, Vice President and Dr. Biden are committed to ensuring that our nation’s veterans get all of the support they need to transition from military to civilian life. 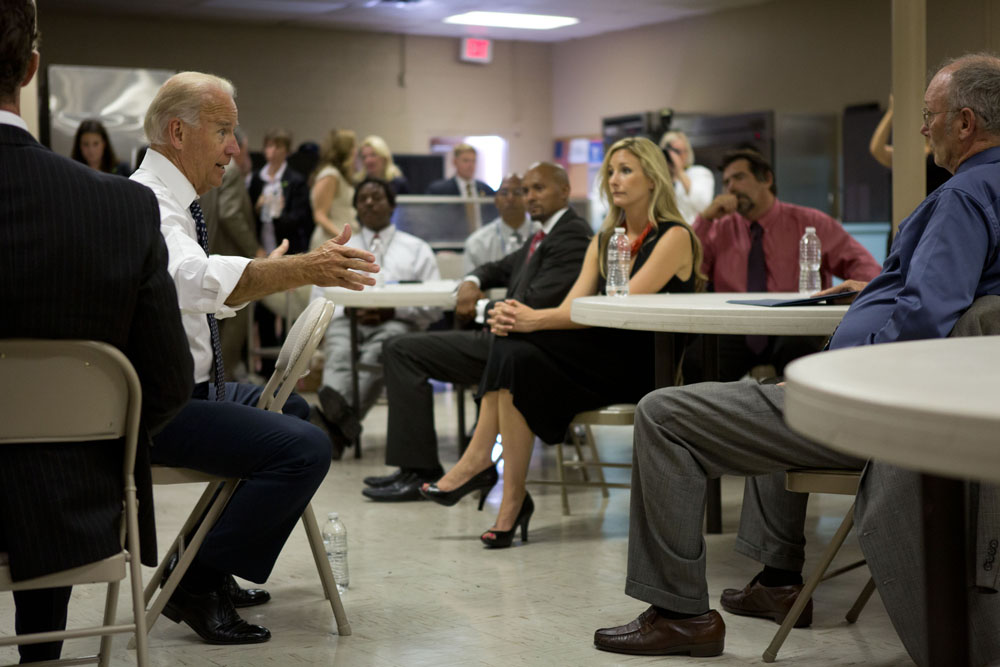 As the Vice President said Tuesday, “The United States government only has one solemn obligation…to prepare and equip those we send to war and to care for them and their families when they come home.”