July 16, 2012 at 6:52 PM ET by Brian Levine
Twitter Facebook Email
Summary:
The Vice President told the audience that when it comes to Social Security and Medicare, “the question is what are we going to do to strengthen and sustain these programs now and for the future” 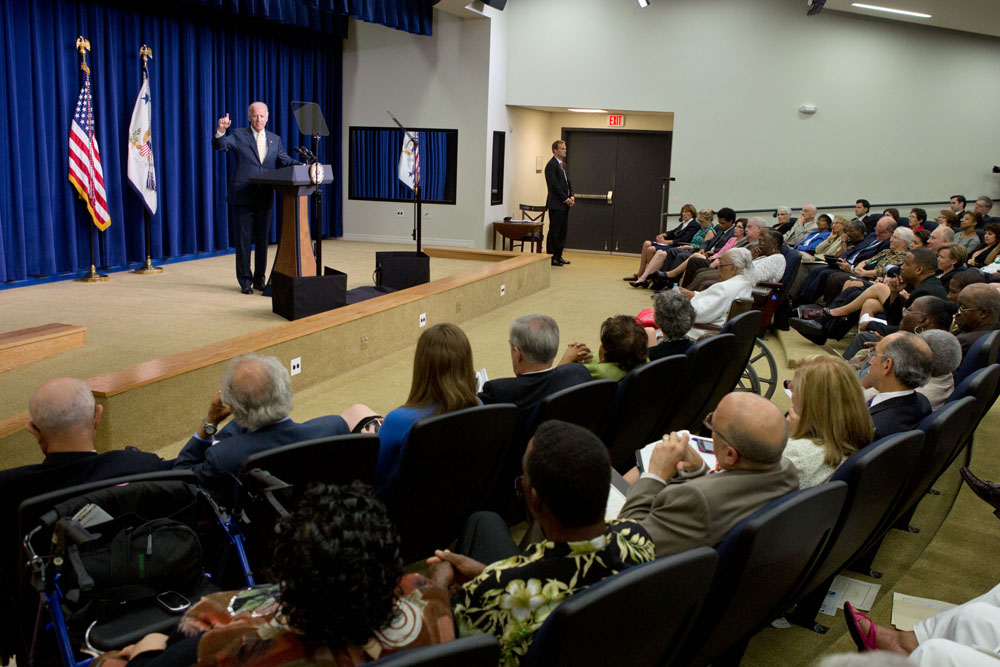 Today, the Vice President spoke to more than 100 community leaders from across the country representing over 60 seniors groups that are part of the Leadership Council of Aging Organizations. He told the audience that when it comes to Social Security and Medicare, “the question is what are we going to do to strengthen and sustain these programs now and for the future.” In contrast, Congressional Republicans are trying to weaken or dismantle these programs.

Last year, Congressman Paul Ryan proposed to end traditional Medicare. His plan, which was embraced by his Republican colleagues, would give seniors a voucher to buy private insurance and hold them responsible for any costs that exceed the value of the voucher. As a result, the typical 65-year-old’s out-of-pocket health care costs would double over time. While Congressman Ryan introduced a revised plan this year, it still relies on a voucher system that would increase the financial burden on seniors.

President Obama and Vice President Biden want to strengthen Medicare and secure the program for the future. Our health care law extends the life of Medicare by eight years by taking smart steps like cutting waste and fraud and creating incentives to cut down on hospital readmissions. These steps will save seniors in traditional Medicare an average of $160 on premiums and copays in 2012 alone. In addition, the law has already saved 5.3 million seniors an average of $600 on prescription drugs by closing the “donut hole,” and has ensured that over 30 million have access to free preventive services like cancer screenings and annual wellness visits.

While Social Security is projected to remain solvent through 2033, it will eventually face a shortfall. Some Congressional Republicans have suggested that we should address this shortfall entirely through deep benefit cuts that could cost a typical senior hundreds of dollars every month. We believe that Social Security can be preserved for future generations without slashing benefits and we will oppose any efforts to privatize or weaken the program.

As the Vice President said today, when it comes to preserving these vital programs, we “refuse to shift the burden… onto the backs of the people who worked so darn hard their whole life, who earned their retirement.”