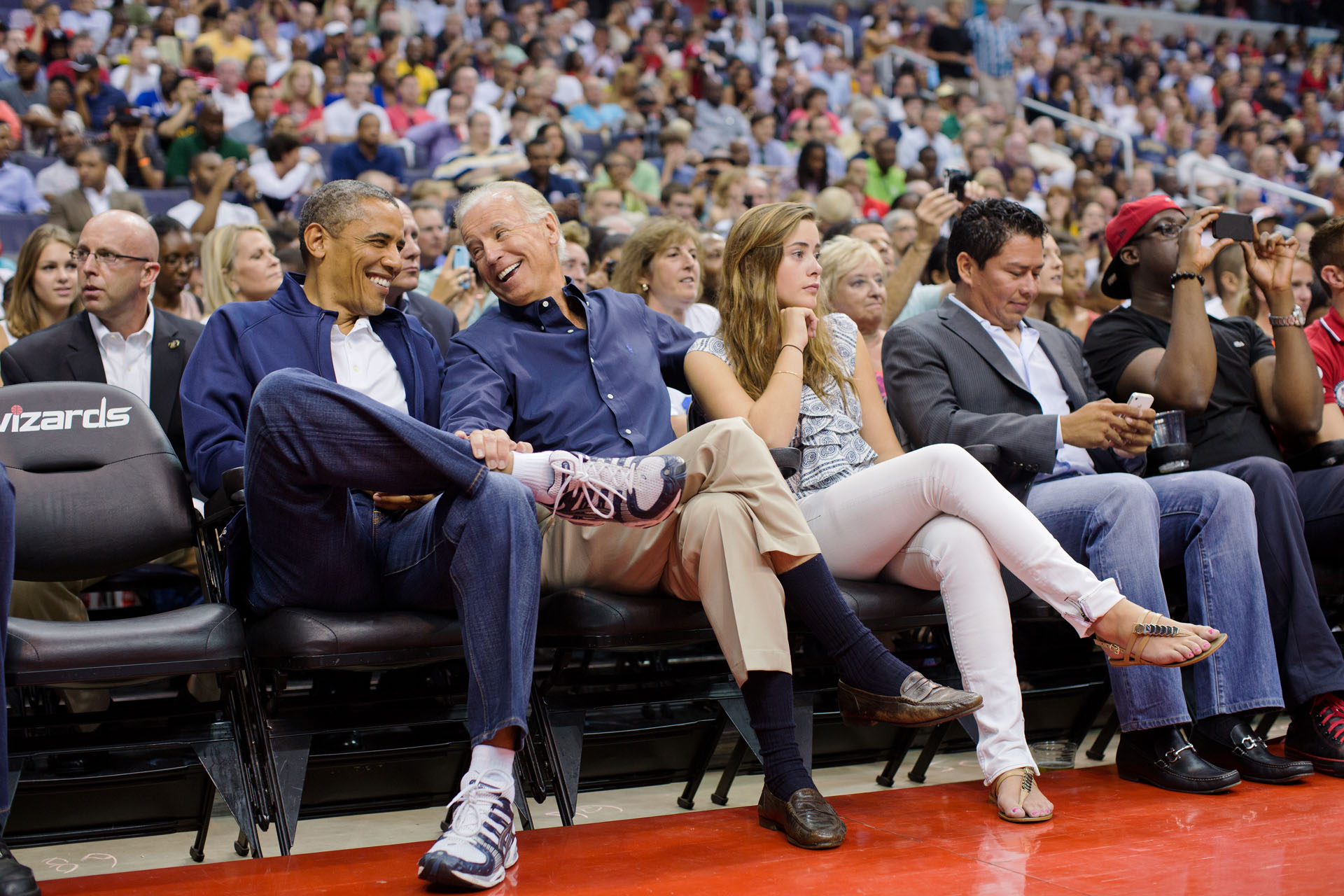 In the lead up to the 2012 London Olympics, the USA men's basketball team last night played an exhibition game against Brazil at the Verizon Center in Washington, DC.

President Obama was on hand, along with First Lady Michelle Obama and Vice President Biden.

Earlier, the USA women's team routed their Brazilian counterparts, 99-67 -- led by 21 points from the three-time WNBA All Star Lindsay Whalen.

President Obama met with both teams to offer some words of encouragement before the players and coaches head to the United Kingdom to defend their gold medals. The Olympics start on July 28, and the First Lady will help to lead the U.S. delegation.

We managed to grab some behind the scenes video from the night. Check it out below.

Earlier, we talked with Alonzo Mourning, a gold medalist in the 2000 Sydney Olympics with Team USA, about the challenges this year's squad will face in London. Watch Alonzo Mourning talk about Team USA basketball.