The Tragedy in Colorado

July 20, 2012 at 11:53 AM ET by Matt Compton
Twitter Facebook Email
Summary:
President Obama discusses the shooting in Aurora, calling on the country to stand with those who have been touched by the tragedy 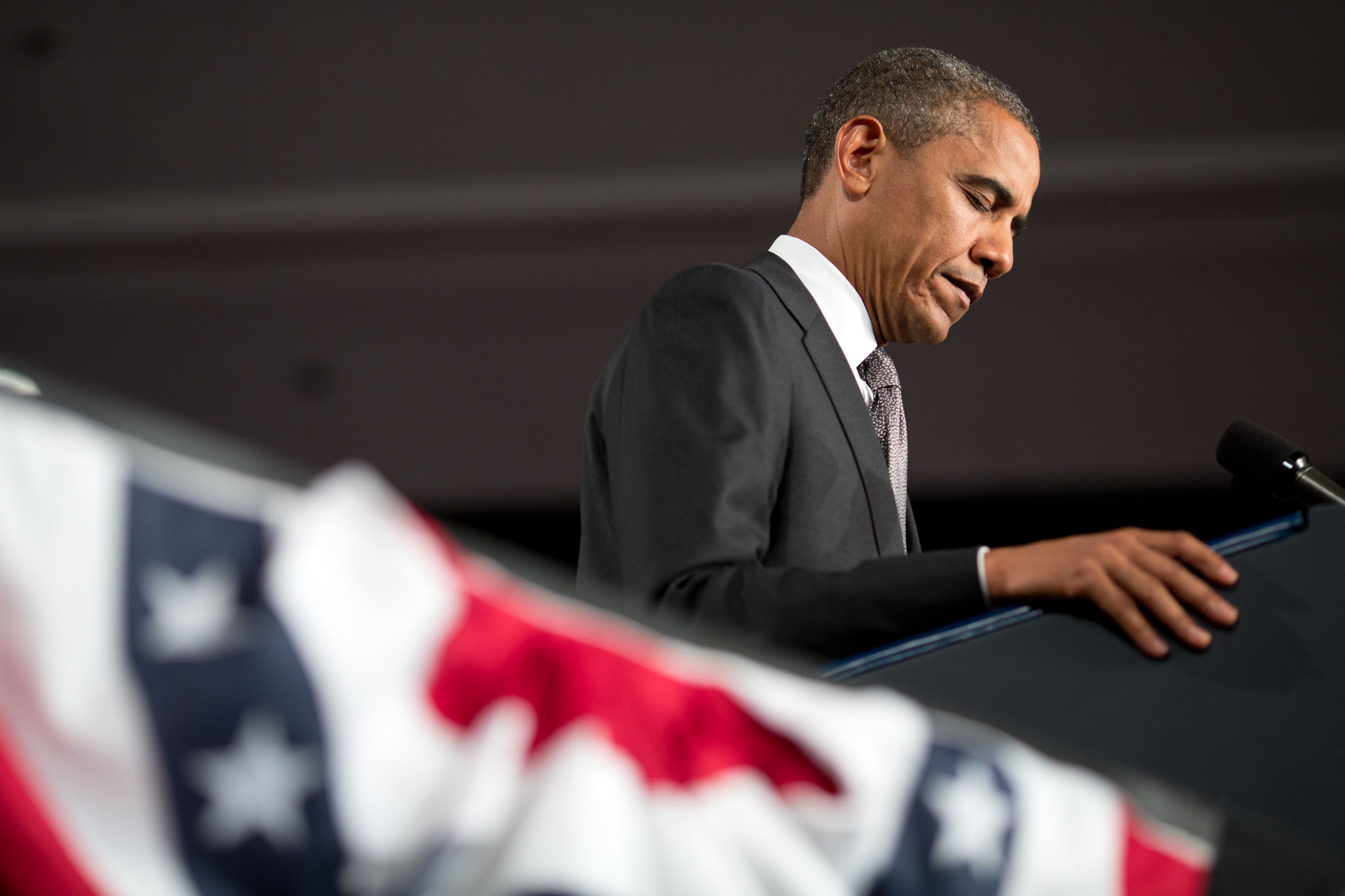 President Barack Obama pauses for a moment of silence for the victims of the Colorado shootings, following his remarks in Fort Myers, Fla., July 20, 2012. (Official White House Photo by Pete Souza)

Just after midnight, a gunman walked into a busy movie theater in Aurora, Colorado and opened fire into the crowd. Police report that 12 people have been killed and dozens more are currently being treated for injuries.

Just moments ago, President Obama discussed the shooting, calling on the country to stand with those who have been touched by the tragedy:

[Even] as we learn how this happened and who's responsible, we may never understand what leads anybody to terrorize their fellow human beings like this. Such violence, such evil is senseless. It's beyond reason. But while we will never know fully what causes somebody to take the life of another, we do know what makes life worth living.  The people we lost in Aurora loved and they were loved. They were mothers and fathers; they were husbands and wives; sisters and brothers; sons and daughters, friends and neighbors. They had hopes for the future and they had dreams that were not yet fulfilled.

Earlier, the President spoke with both the mayor of Aurora, Steve Hogan, and Colorado Governor John Hickenlooper -- and pledged the full support of federal law enforcement to aid the investigation.

Update: President Obama has issued a proclamation that the flag of the United States be flown at half-staff at the White House and at all public buildings and grounds until sunset on July 25.