Over the weekend I reread a thank you note from LULAC President Margaret Moran and Executive Director Brent Wilkes for my participation in the Puerto Rico town hall meeting during LULAC’s annual conference two weeks ago. What a great opportunity to work with a strong National organization that engages the Latino community on so many important issues.

My participation was meaningful on two accounts.  First, it is always great to get out of Washington and hear directly from members of our community about the impact our policies and programs are having on real people’s lives.  Second, I have a personal family connection with Puerto Rico – both my father and brother live in Vieques, a magnificently beautiful municipal island off the eastern coast of the main island of Puerto Rico.  I have visited my family there many times and consider it my second home.

Now in a lot of ways, my family’s story is pretty unique. Every family’s story is unique. But at the center of all of our stories is the basic promise that defines our country - the idea that hard work will pay off, responsibility will be rewarded and that no matter who you are, or where you come from, you can make it if you try. 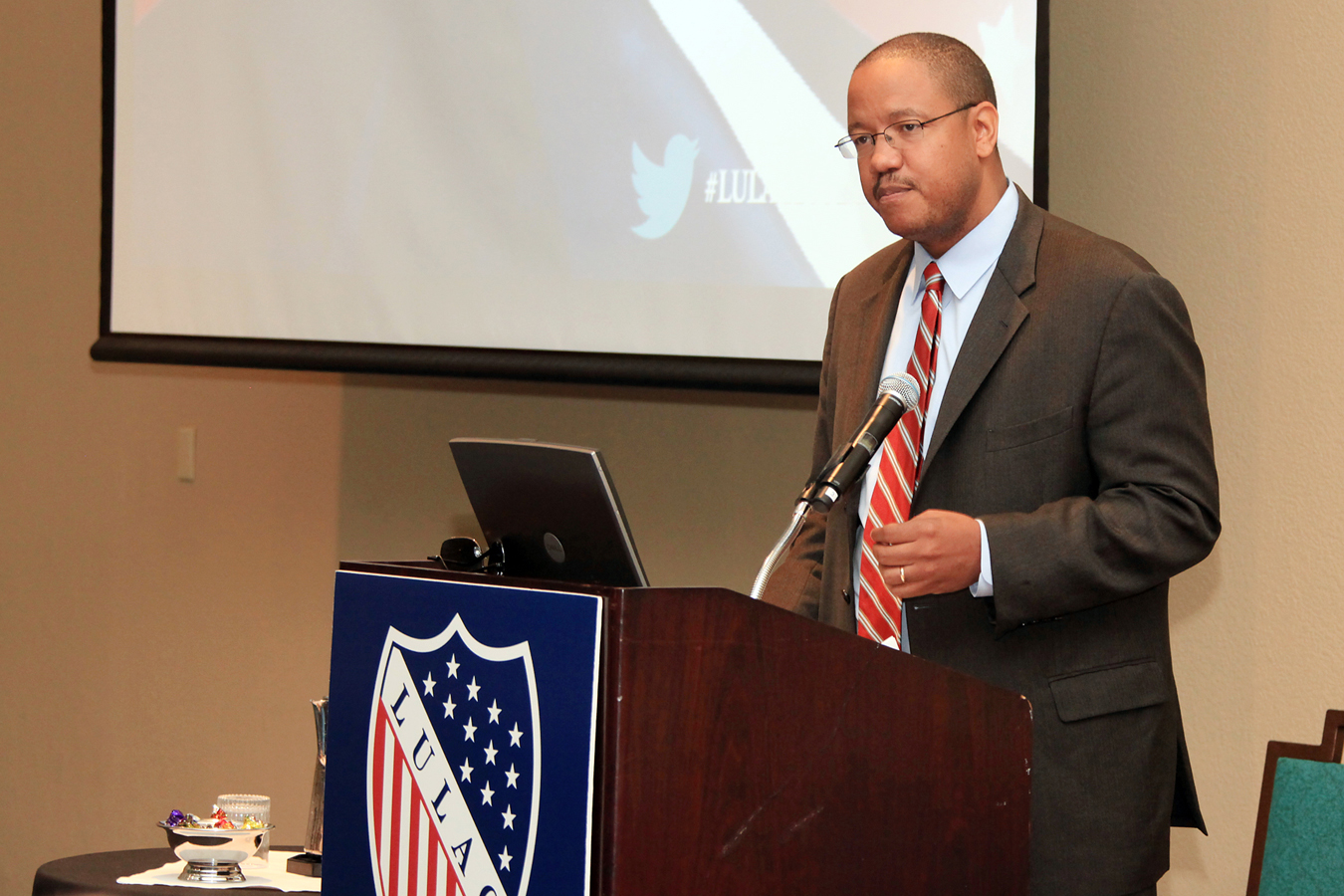 The problem is that before the financial crisis of 2008 it was becoming harder and harder to own a home, put your kids through college, and save a little for retirement. Then we were hit with the worst economic crisis since the Great Depression – and while we are recovering from that crisis, we still have a long way to go.

When President Obama took office, our nation was losing 750,000 jobs a month. Today, the private sector has now added more than 4 million jobs in the last 28 months. We still have a long way to go, so we cannot afford to turn back the clock now.

President Obama has fought hard for the people of Puerto Rico. He is the first president to make an official visit to Puerto Rico in nearly 50 years. And as he put it in San Juan last June, he included Puerto Rico not just on his itinerary, but in his vision of where our country needs to go.

Of course, one element of this is Puerto Rico’s status. The President’s Task Force on Puerto Rico’s Status has articulated a clear principle: Puerto Rico’s future should be determined by the people of Puerto Rico. And the President has made it clear that once they make a clear choice on status, he will support that decision.

But President Obama knows that status is just one of many issues Puerto Ricans grapple with every day, which is why he made sure that the Affordable Care Act included provisions to help individuals and families on the island access quality, affordable health care.  In fact, under the Affordable Care Act, Puerto Rico will receive $900 million dollars to expand coverage to their residents and across the country approximately 9 million Hispanics will become eligible to receive help to get the coverage they lack today.

The Task Force has been actively engaged in implementing the report’s recommendations.  Recently, the Public Safety Working Group, led by co-chairs Assistant Secretary Betsy Markey (DHS) and Associate Attorney General Tony West (DOJ), accompanied Department of Homeland Security Secretary Janet Napolitano to Puerto Rico to engage the local community and local and federal law enforcement stakeholders to addresses the issue of drug related violent crime on the island.  The working group will soon have concrete steps that will deal with that very pressing issue.

Beyond the work of the Task Force however, President Obama has elevated Puerto Ricans to some of the most important positions in government. He appointed Judge Sonia Sotomayor to the Supreme Court, where she has already made a significant impact. He appointed Mari Carmen Aponte as ambassador to El Salvador. When her nomination was held up, he sent her anyway, and a few weeks ago, the Senate finally confirmed her to her post.

Standing up for the rights, the dignity, and aspirations of the people of Puerto Rico is the right thing to do. Because as I learned growing up, and as you all know so well, the people of Puerto Rico are a part of our American story - they are entrepreneurs that create American jobs, artists that weave their talent into the American culture and soldiers that put their lives on the line for the country that we love in every conflict our nation has faced since World War I.

I don’t need to tell you that writing the next chapter in that story is not going to be easy – but working together we can make it everything it should be. That’s why I participated in the Puerto Rico town hall meeting. President Obama knows that he can’t do it alone – government can’t do it alone. Let’s work together to make sure that America is always the kind of place where a kid from Chicago, or New York, or Florida, or San Juan can dream big, knowing that hard work will pay off, responsibility will be rewarded, and that in America, you can make it if you try.

Michael Strautmanis is the Deputy Assistant to the President and Counselor for Strategic Engagement to Senior Advisor Valerie Jarrett.