July 23, 2012 at 10:48 AM ET by Matt Compton
Twitter Facebook Email
Summary:
President Obama travels to Aurora, Colorado to meet with the survivors of the movie theater shooting and offer solace to families of the victims 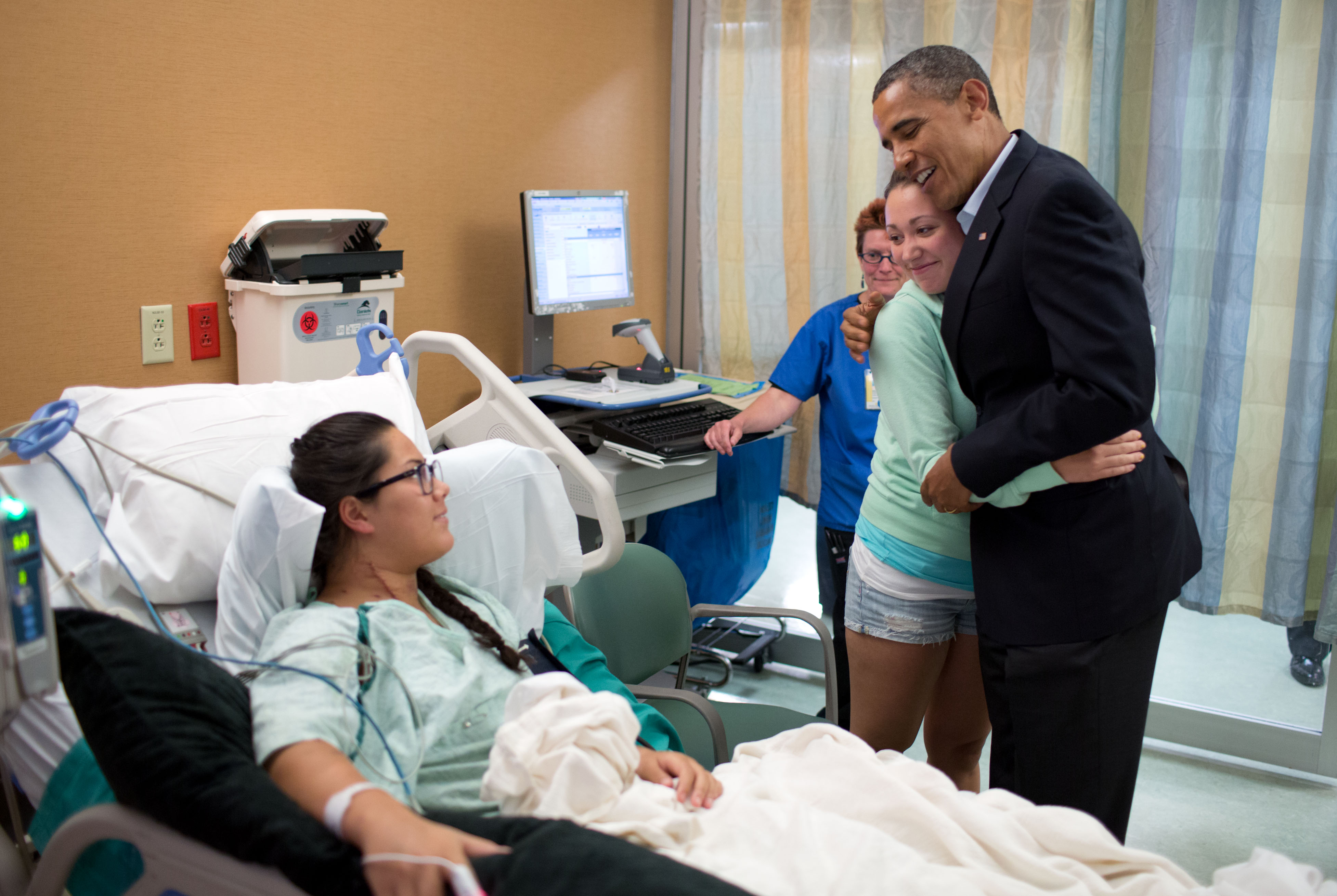 President Barack Obama hugs Stephanie Davies, who helped keep her friend, Allie Young, left, alive after she was shot during the movie theater shootings in Aurora, Colorado. The President visited patients and family members affected by the shootings at the University of Colorado Hospital July 22, 2012. (Official White House Photo by Pete Souza)

On Sunday, President Obama traveled to Aurora, Colorado to meet with the survivors of the movie theater shooting and offer solace to families of the victims.

"I had a chance to visit with each family, and most of the conversation was filled with memory," the President said. "I confessed to them that words are always inadequate in these kinds of situations, but that my main task was to serve as a representative of the entire country and let them know that we are thinking about them at this moment and will continue to think about them each and every day."

During his visit to University of Colorado Hospital, the President had a chance to meet Allie Young and Stephanie Davies, and speaking to reporters, he described their story.

During the film, Allie and Stephanie were seated near an aisle and when the gunman began his attack by tossing a canister of gas into the crowd, Allie, just 19 years old, stood up to warn those around her. She was hit in the neck by a bullet, which punctured a vein.

Stephanie, the President said, dropped to the ground beside her friend, applied pressure to Allie's wound to slow the bleeding, then dialed 911 with her cell phone. Even after Allie told Stephanie to run, the 21 year old stayed by her friend -- and when first responders arrived, Stephanie helped to carry Allie to a waiting ambulance. 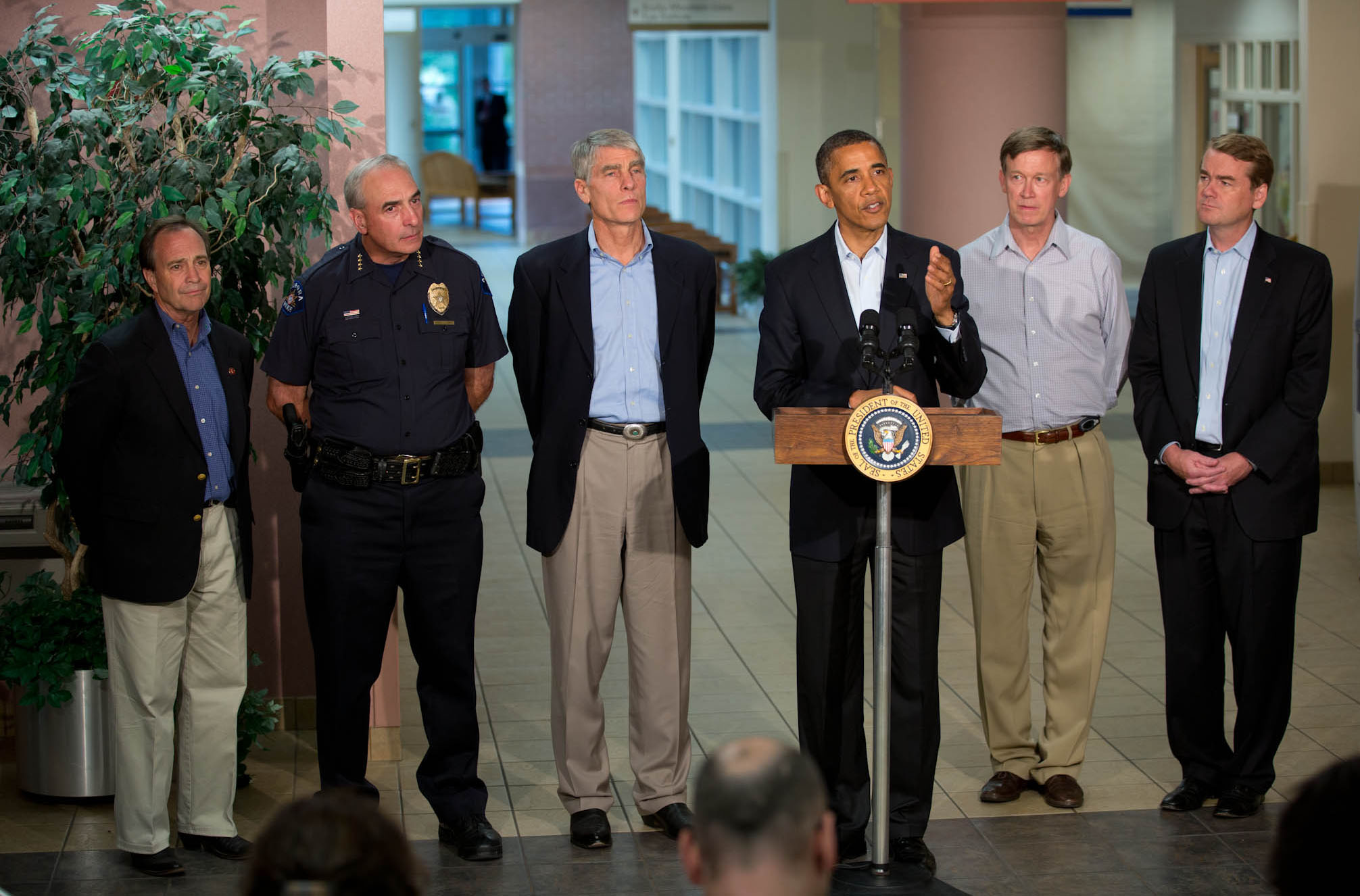 "I don't know how many people at any age would have the presence of mind that Stephanie did, or the courage that Allie showed," President Obama said.  "And so, as tragic as the circumstances of what we've seen today are, as heartbreaking as it is for the families, it's worth us spending most of our time reflecting on young Americans like Allie and Stephanie, because they represent what's best in us, and they assure us that out of this darkness a brighter day is going to come."