July 27, 2012 at 9:38 AM ET by Alan Krueger
Twitter Facebook Email
Summary:
Today’s report shows that the economy posted its twelfth straight quarter of positive growth, as real GDP grew at a 1.5 percent annual rate in the second quarter of this year, according to the “advance” estimate released by the Bureau of Economic Analysis

Today’s report shows that the economy posted its twelfth straight quarter of positive growth, as real GDP (the total amount of goods and services produced in the country) grew at a 1.5 percent annual rate in the second quarter of this year, according to the “advance” estimate released by the Bureau of Economic Analysis.  Over the last three years, the economy has expanded by 6.7 percent overall, and the private components of GDP have grown by 9.9 percent.  While the economy continues to move in the right direction, additional growth is needed to replace the jobs lost in the deep recession that began at the end of 2007

With today’s report, the BEA also released its annual revisions back to 2009.  While the revisions did not meaningfully change the pace of growth over that entire period, it is noteworthy that State and local government purchases were revised up in 2009, which is consistent with the Recovery Act cushioning the effect of the recession and helping to launch the recovery.  Since the Recovery Act funds have been phasing out, however, declining State and local government activity has subtracted from GDP.  Indeed, today’s report indicates that State and local government purchases have declined for 11 straight quarters, the longest streak ever recorded since the official record of quarterly data began in 1947.

To strengthen economic growth and increase job creation, President Obama has proposed to Congress a plan that would help State and local governments retain and hire teachers and first responders, assist the construction sector and economy of tomorrow by rebuilding and modernizing our Nation’s infrastructure, and would give small businesses tax cuts to encourage them to increase payroll.  President Obama also proposed extending tax cuts to protect middle class families and virtually every small business owner from getting a tax increase at the beginning of next year.  The Senate passed the President’s plan this week and President Obama has said that as soon as the House will act he will sign it right away in order to give certainty and security to middle class families. Extending these tax cuts would provide more certainty for the economy for 98 percent of American families and 97 percent of small business owners. 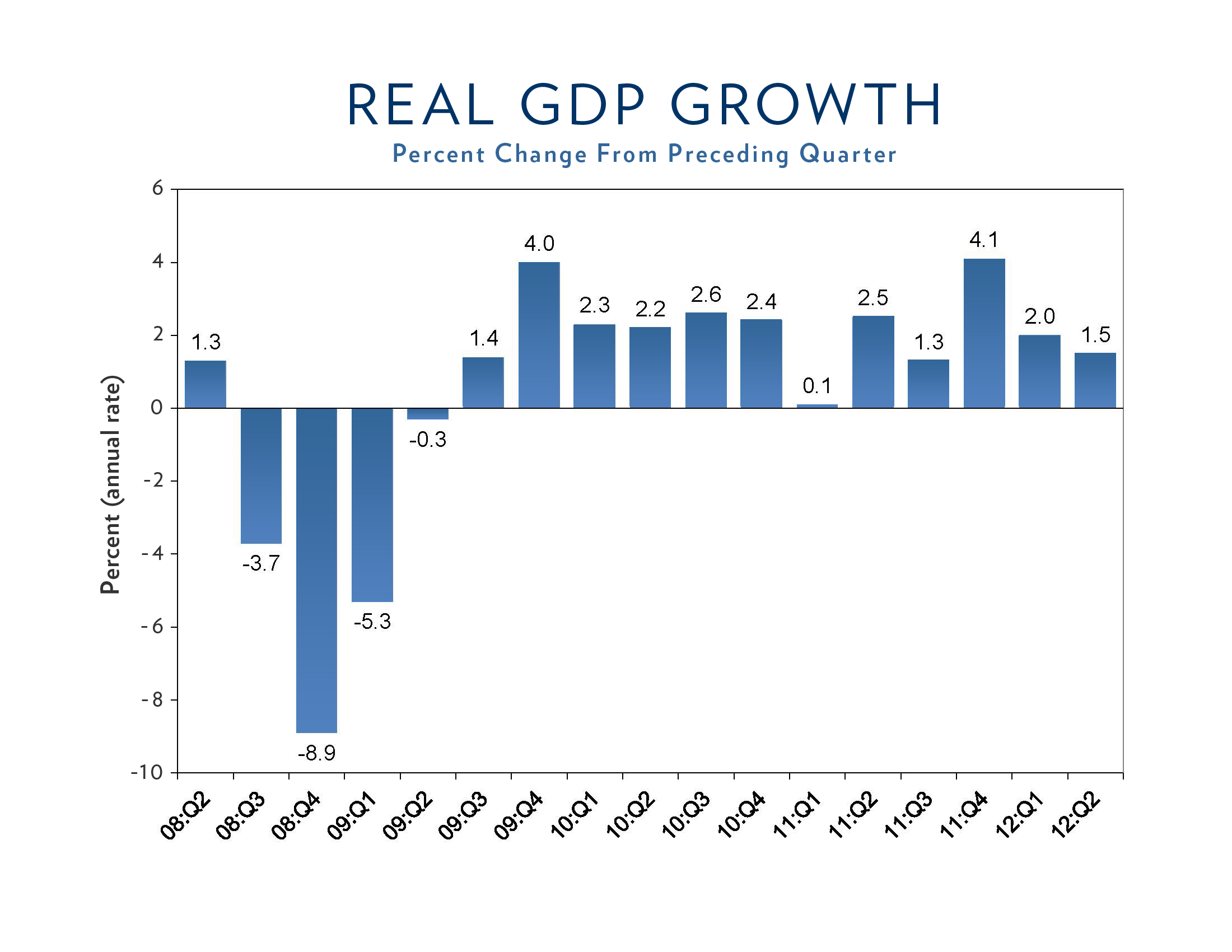