July 27, 2012 at 10:56 AM ET by Ray Mabus
Twitter Facebook Email
Summary:
Secretary of the Navy Ray Mabus discusses the recent Great Green Fleet demonstration in which a carrier strike group used advanced biofuels during the largest maritime exercise in the world.

Recently, I had the great privilege to watch our highly skilled sailors doing what they do best, and to witness the U.S. Navy's most sophisticated air and sea platforms perform complex operations using advanced biofuel and energy efficient technologies.

Last week during RIMPAC, the largest maritime exercise in the world, the U.S. Navy successfully demonstrated the Great Green Fleet, a Carrier Strike Group's aircraft and surface ships, on advanced biofuel to test the fuel's performance while conducting operations, including: fueling helicopters and jets from the deck of a nuclear-powered carrier; completing arrested landings of aircraft onto a carrier, the first ever using biofuels; refueling a destroyer while underway; and air-to-air refueling.

The demonstrations confirmed that advanced biofuels can be integrated seamlessly for the user and perform the same as traditional fossil fuel.  The demonstration also showcased energy efficiency technology that increases combat capability. 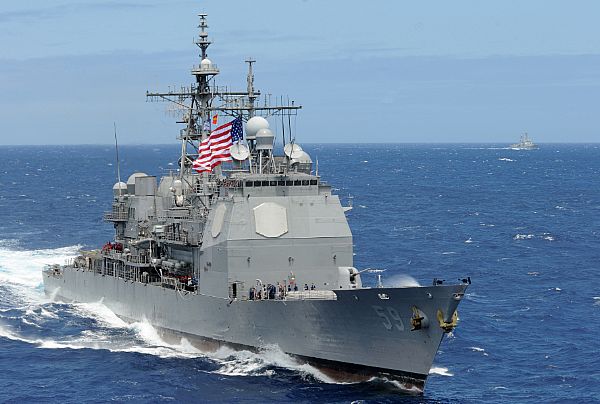 The Navy is pursuing alternatives because the nation’s reliance on foreign oil is a significant and well-recognized military vulnerability. The ability to use fuels other than petroleum is critical to our energy security because it will increase our flexibility and reduce the services' vulnerability to rapid and unforeseen changes in the price of oil.  A $1 change in the price of a barrel of oil, for example, results in an approximately $30 million change in the Navy budget.    This is why the Navy will only purchase operational quantities of biofuel blends when they are competitive with petroleum, period. We simply cannot afford to do it otherwise and will not do it.

Joining me at the demonstration was Chief of Naval Operations Jonathan Greenert, and the commanders of U.S. Pacific Fleet and U.S. 3rd Fleet.  Their participation signaled to the Navy and the nation the Navy’s commitment to pursuing alternatives to imported fossil fuels because we believe it is critical to our national security.

A viable advanced biofuels market can inject competition into the liquid fuel market, which could drive down the cost of liquid fuels and dampen price volatility.  We recently pushed more competition into the shipbuilding industry, which allowed the Navy to bring down the cost of our ships.  We can do the same for the fuel we purchase to power those ships and other platforms.

The Navy has always led in energy transformations, moving from wind to coal, coal to oil, and then pioneering the use of nuclear power.  The Great Green Fleet was named in honor of the Great White Fleet that circled the globe beginning in 1907 and introduced America as a global power.  It comprised the most advanced ships of its time; battleships made from steel and powered by steam, and represented America’s greatness and ingenuity.  The Great Green Fleet demonstration continues our long tradition of energy transformation by powering the Fleet with alternative fuels.

Ray Mabus is the United States Secretary of the Navy

Secretary of the Navy