July 30, 2012 at 1:54 PM ET by Jodi Gillette
Twitter Facebook Email
Summary:
New authority granted by the HEARTH Act has the potential to significantly reduce the time it takes to approve leases for homes and small businesses in Indian Country, promoting investment in tribal communities and facilitating economic development 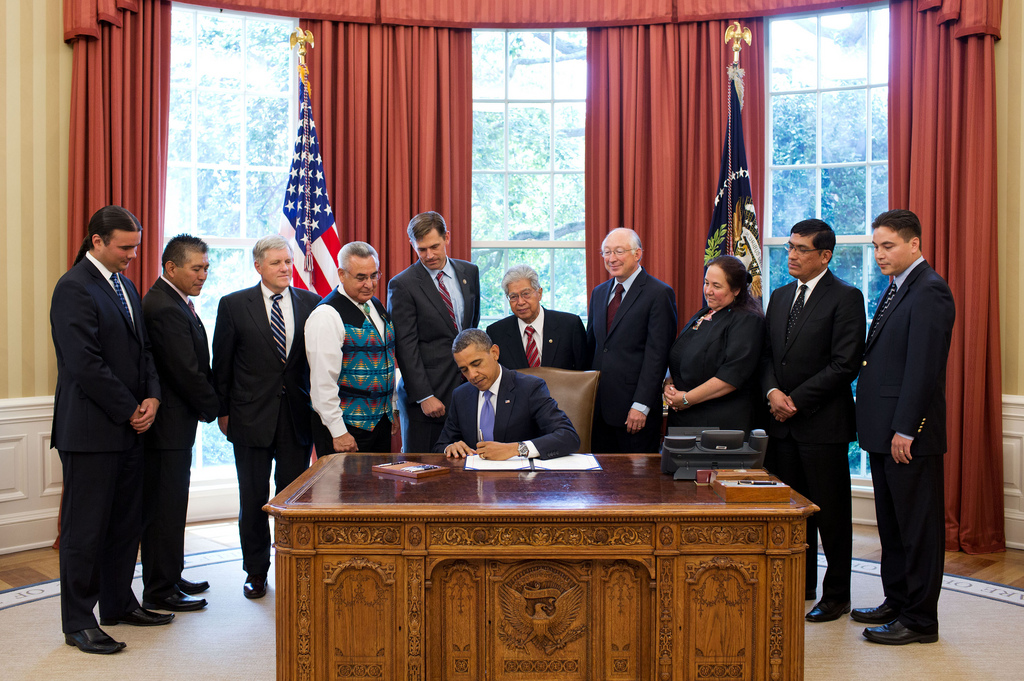 President Obama understands that by allowing greater tribal control over tribal assets, we encourage economic growth, promote community development in Indian Country, and support tribal self-determination. That’s why this Administration is committed to strengthening tribal communities by improving tribal governments’ capacity for controlling their own futures.

Earlier today, President Obama demonstrated the latest step in this commitment by signing into law the Helping Expedite and Advance Responsible Tribal Homeownership (HEARTH) Act. This legislation allows tribes to lease restricted lands for residential, business, public, religious, educational, or recreational purposes without the approval of the Secretary of the Interior.

The HEARTH Act promotes greater tribal self-determination and will help create jobs in Indian Country. Under the Act, federally recognized tribes can develop and implement their own regulations governing certain leasing on Indian lands. Upon Secretarial approval of these tribal regulations, tribes will have the authority to process land leases without Bureau of Indian Affairs approval. This new authority has the potential to significantly reduce the time it takes to approve leases for homes and small businesses in Indian Country. By allowing tribes to more quickly and easily lease their lands, the bill promotes investment in tribal communities and more broadly facilitates economic development.

The HEARTH Act builds on the Administration’s strong record of accomplishments for Native Americans and Native Alaskans and complements existing initiatives to strengthen tribal economies. Just recently, on July 12th, Treasury announced that it is opening up $1.8 billion of Tribal Economic Development (TED) bonds for reallocation to tribal governments. The TED bond program was established under the American Recovery and Reinvestment Act (ARRA), and provides tribes with the authority to issue tax-exempt debt for a wider range of activities to spur job creation and promote economic growth in Indian Country. By providing tribes with the ability to issue tax-exempt debt in a manner similar to that available to state and local governments, tribes can lower their borrowing costs and more easily engage in new economic development projects.

With the Cobell and Keepseagle Settlements, the Tribal Law and Order Act, water rights settlements, fee-to-trust reform, TED bonds, and now the HEARTH Act, this Administration’s accomplishments for Indian Country tell a very compelling story about how far we have gone to make meaningful progress on advancing tribal self-determination, promoting economic growth, and  revitalizing our trust responsibility. Water and land are the primary trust assets we manage for Indian tribes, and the Obama Administration has made monumental strides by recognizing tribes as partners, ending the repetition of past mistakes, and working together to identify and develop concrete solutions that will improve the quality of life in tribal communities.