Jeter's Leaders at the White House 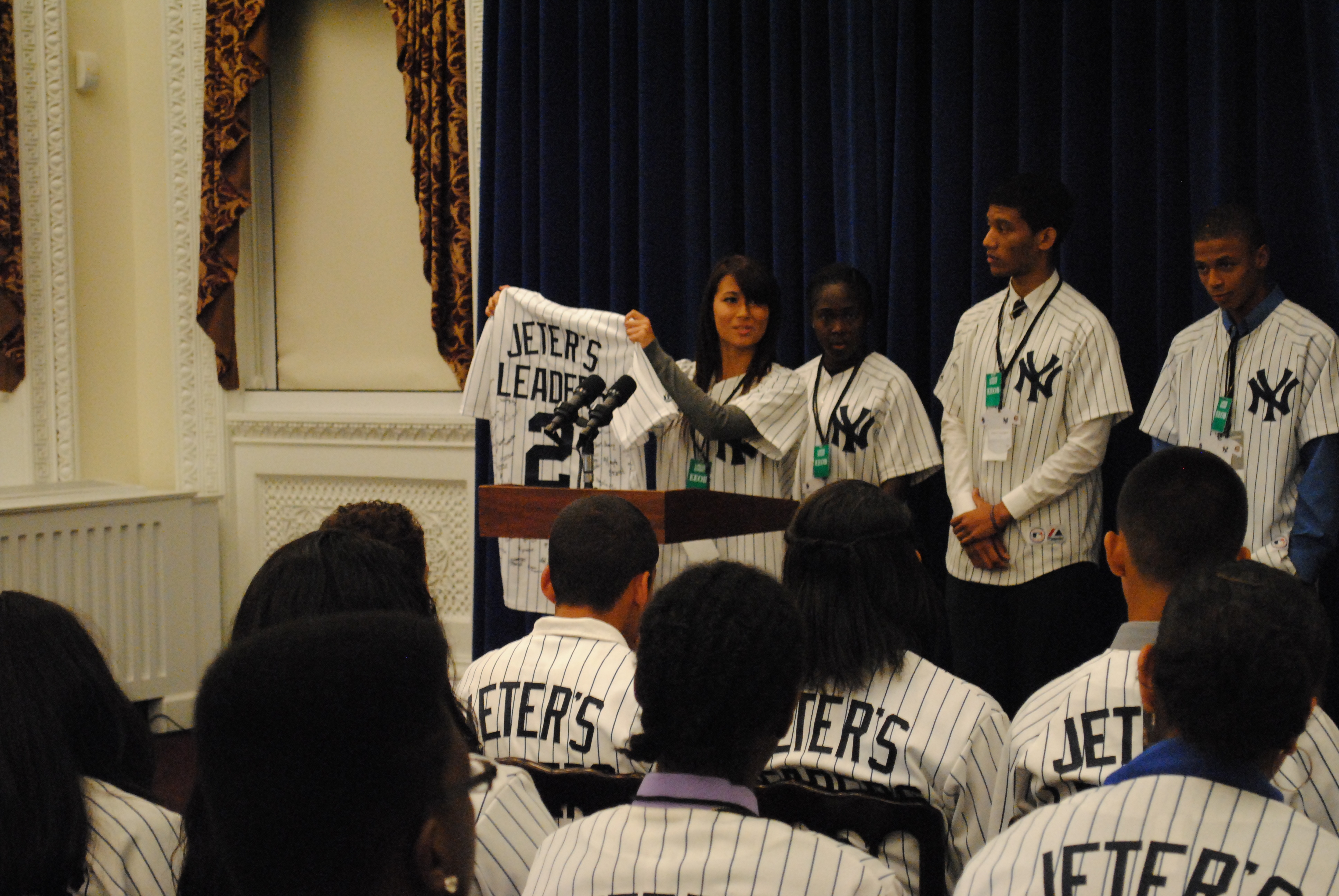 Last Friday, the Office of Public Engagement was delighted to welcome 100 high school students from Jeter’s Leaders to the White House. Founded by New York Yankees Captain Derek Jeter, Jeter’s Leaders is a youth development program that instills the value of leadership and mentoring in high school students to encourage healthy lifestyles for them and their broader communities. Their visit is part of our office’s effort to engage and acknowledge the next generation of America’s leaders. Although it was Jeter’s Leaders’ first visit here, we hope it’s not the last.

As White House staff members explained their respective paths to the White House, a common theme emerged in each story:  mentoring benefits both the person being guided and also the mentor.  Counselor to the Senior Advisor, Michael Strautmanis, had the privilege of meeting the President and First Lady early in his career, and they have served as his mentors.   Kyle Lierman was lucky enough to have worked with Mr. Strautmanis in 2008, and now he is the liaison to the professional sports community in the Office of Public Engagement. Paul Monteiro, who runs the First Lady’s mentoring program for young men from DC, spoke about the First Family’s commitment to giving back by mentoring others through the new White House Mentorship Program.  The speakers also emphasized that just as mentors would be crucial pieces to each students’ development, they are not too young to start mentoring others. 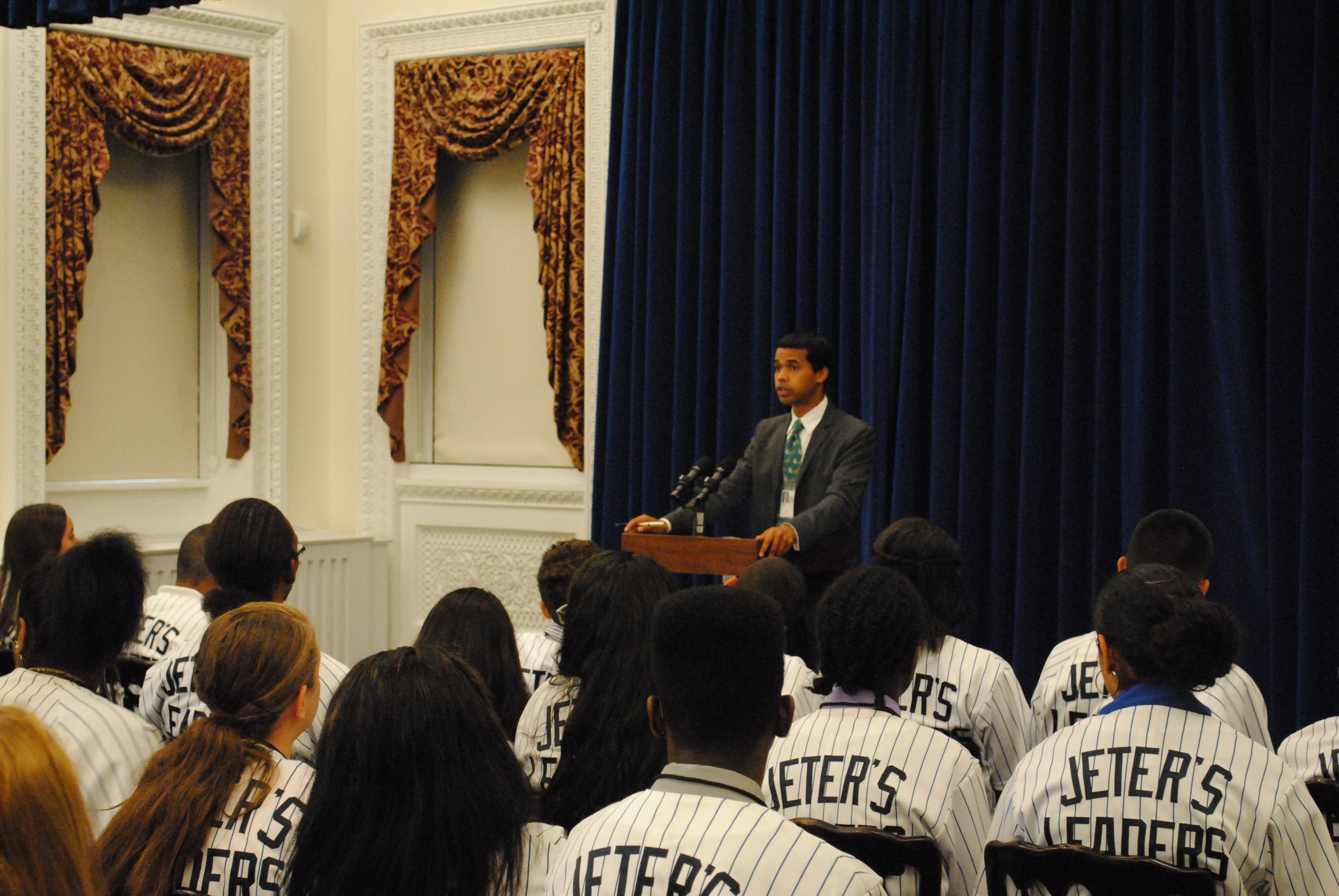 Ronnie Cho, the White House’s liaison to Young Americans, was our final speaker for the morning.  As an avid Derek Jeter fan, the event was equally exciting for Ronnie and the students.  When a student asked what the most challenging part of his job was, Ronnie spoke about the challenge of trying to reach all the deserving young Americans like Jeter’s leaders. He stressed the Administration’s commitment to truly making the White House the people’s house, and including all young Americans first and foremost. We hope that these students return to their communities with an invigorated belief in their ability to contribute to their government.

Paul Monteiro is an Associate Director of the Office of Public Engagement.