August 1, 2012 at 6:33 PM ET by Joshua DuBois
Twitter Facebook Email
Summary:
The issue of trafficking in persons and modern day slavery will be the focus of the President’s Advisory Council on Faith-Based and Neighborhood Partnerships. This year’s President’s Advisory Council on Faith-Based and Neighborhood Partnerships held its first meeting Monday and Tuesday, July 30-31st at the White House. The Advisory Council is a group of diverse religious and non-profit leaders appointed to give recommendations to government on forming effective partnerships with faith-based and community groups. 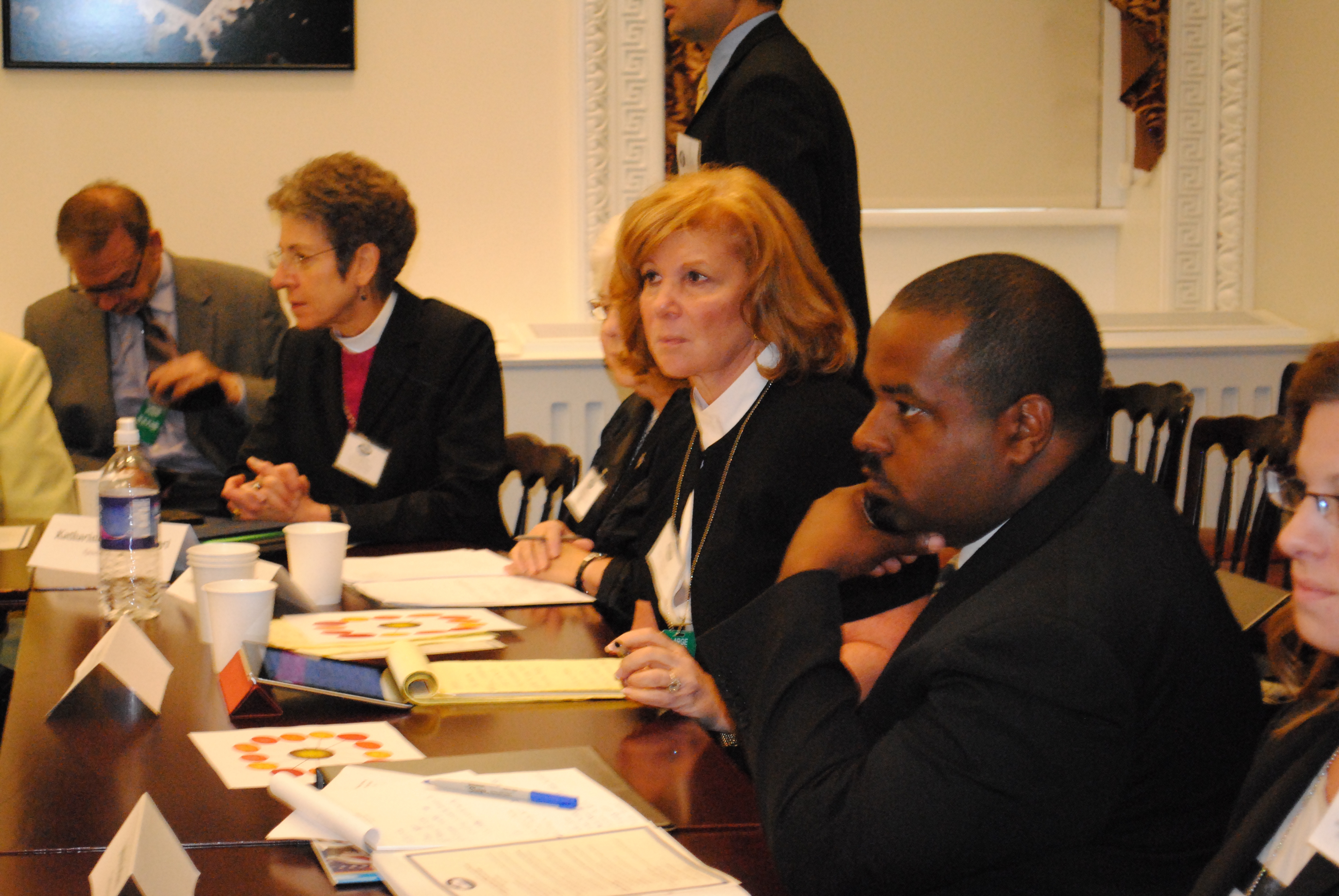 Every year tens of millions of people around the world are victims of human trafficking.

Human trafficking is a form of modern-day slavery where traffickers profit from the control and exploitation of other people.  It fundamentally boils down to somebody held in compelled service for someone else’s profit-- from commercial sex to forced labor.  Every year, human traffickers generate billions of dollars in profits by victimizing millions of people around the world – including right here in the United States.

“Here is what trafficking looks like in the real world,” Alison Friedman, Deputy Director of the State Department’s Office to Monitor and Combat Trafficking in Persons, shared in opening remarks, “It’s a kid who was forced to dive for fish since he was five—beaten over the head with oars if he surfaces too quickly and when he makes it to the shelter and is taught to sing ‘If You’re Happy and You Know It,’ but he doesn’t know how to smile.  It’s a woman in Texas forced into prostitution by a group of men who targeted single mothers through their children’s daycare. It’s the boy I met in Northern Thailand who became a child soldier because he could not come up with a $14 bribe to pay off the police, so they sold him.”

The issue of human trafficking has been highlighted by President Obama and is being tackled by key leaders across government.  President Obama said in a statement, “The United States is committed to eradicating trafficking in persons, and we will draw on tools ranging from law enforcement and victim service provision, to public awareness building and diplomatic pressure.  Because we know that government efforts are not enough, we are also increasing our partnerships with a broad coalition of local communities, faith-based and non-governmental organizations, schools, and businesses.”

The Advisory Council heard briefings from many government and non-profit experts on the issue of human trafficking.  Speakers included: Tina Tchen, Assistant to the President, Chief of Staff to the First Lady, and Executive Director of the Council on Women and Girls; Alison Friedman, from the State Department’s Office to Monitor and Combat Human Trafficking; Tonya Robinson, Special Assistant to the President for Justice and Regulatory Policy on the White House Domestic Policy Council; Rob Berschinski, Director for Multilateral Affairs, National Security Staff;  Paul Almanza, National Coordinator for Child Exploitation, at the Department of Justice, and many others.  They also heard from outside experts in the field such as Humanity United, International Justice Mission, the Polaris Project, Slavery Footprint, Safe Horizon, Girls Educational and Mentoring Services (GEMS), World Relief, and Rabbis for Human Rights.

During the meeting, the Council members agreed to focus their report of recommendations to the President in four areas: 1) Victim Services, 2) Victim Identification and Reporting, 3) Supply Chain and Demand issues and 4.) Public Awareness and Education.

The President’s Advisory Council is coordinated by the White House Office of Faith-based and Neighborhood Partnerships, along with the Center for Faith-based and Neighborhood Partnerships at the Department of Health and Human Services. The Council will produce a formal report of recommendations to President Obama and the Administration.  The next meeting of the Council will be scheduled for later this Fall.

Joshua DuBois is the Special Assistant to the President and Executive Director of the Office of Faith-based and Neighborhood Partnerships.