Earlier this week, the White House hosted an event to discuss President Obama’s Presidential Policy Directive (PPD) on Sub-Saharan Africa, which he signed on June 14th 2012. Over 125 activists, academics, students, business leaders and others involved came to the White House to engage in a dialogue with Administration officials about the new U.S. Strategy toward sub-Saharan Africa, as well other issues related to U.S. foreign policy toward Africa.

The event, hosted by the White House Office of Public Engagement, started with a briefing by Administration officials on the core components and strategic priorities of the PPD: (1) strengthening democratic institutions; (2) spurring economic growth, trade, and investment; (3) advancing peace and security; and (4) promoting opportunity and development. The briefing was followed by a question-and-answer session with the audience, both in-person and online. Since the event was live-streamed on the White House website, individuals across the country were able to participate in the conversation by submitting questions online via a web form and on Twitter using #WHChat. 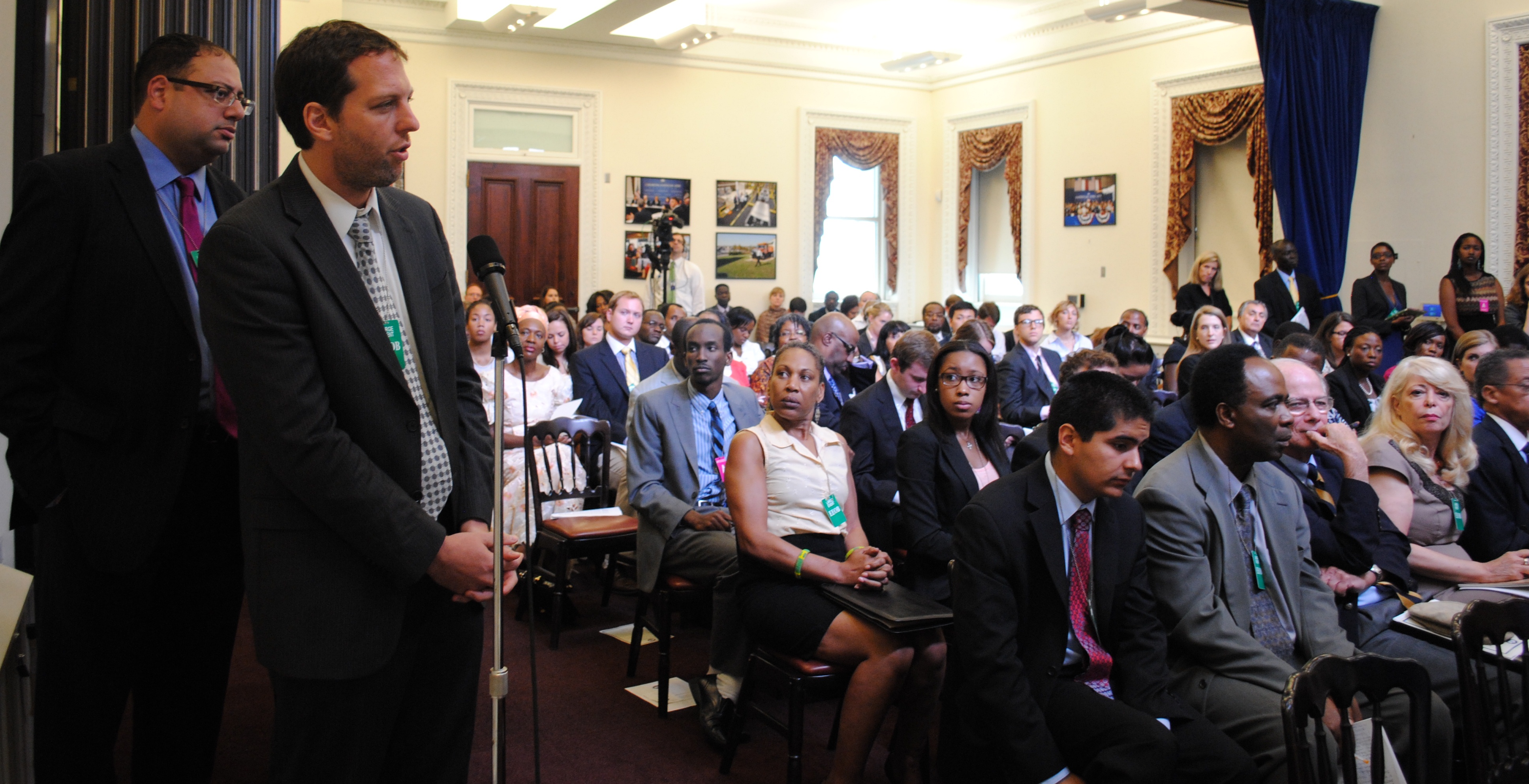 Michael Strautmanis, Counselor to the Senior Advisor for Strategic Engagement, kicked off the discussion by emphasizing the importance of this issue to President Obama, and encouraging individuals to share what they’ve learned in the briefing with others in their networks. Ben Rhodes, Deputy National Security Adviser for Strategic Communications, then took to the stage, framing the discussion around President Obama’s vision of U.S. policy in the African region, a vision that the President laid out in his speech in Accra, Ghana in July 2009, and a vision that informed the PPD.

Administration officials then added context and specifics about the strategy by focusing on the individual pillars of the strategy. Presenters included: Grant Harris, Special Assistant to the President and Senior Director for African Affairs, Ambassador Johnnie Carson, Assistant Secretary of State for African Affairs at the U.S. State Department, Earl Gast, Assistant Administrator for Africa at the U.S. Agency for International Development (USAID), Joseph McMillan, Principal Deputy Assistant Secretary of Defense for International Security Affairs, and Florizelle B. Liser, Assistant U.S. Trade Representative for Africa at Office of the U.S. Trade Representative.

Harris moderated a robust discussion and Q&A session that touched upon a broad swath of subjects pertaining to the new strategy, along with other issues relating to U.S. policy toward Africa, i.e. how the strategy relates to the U.S. Horn of Africa, and how the Administration is addressing the situation in the Democratic Republic of the Congo (DRC).

In closing the session, Jon Carson, Director of the Office of Public Engagement, encouraged participants to continue the conversation, urging them “help us to tell the story of what you learned today” so the Administration can continue a dialogue with organizations and individuals around the world who care about and are working on these important issues.

Click HERE to watch the video of this discussion. For additional information, see the Fact Sheet on the Obama Administration’s efforts in sub-Saharan Africa and U.S. Strategy Toward Sub-Saharan Africa.

Karen Richardson is an Associate Director of the White House Office of Public Engagement.