August 2, 2012 at 5:26 PM ET by Josh Earnest
Twitter Facebook Email
Summary:
The beam signed by President Obama and First Lady Michelle Obama during their visit to the World Trade Center site on June 14th is among the final beams added to the 104-story building.

During their visit earlier this summer, the President toured the rising skyscraper, greeted construction workers and signed the steel beam. In red marker, the President wrote: "We remember. We rebuild. We come back stronger!" 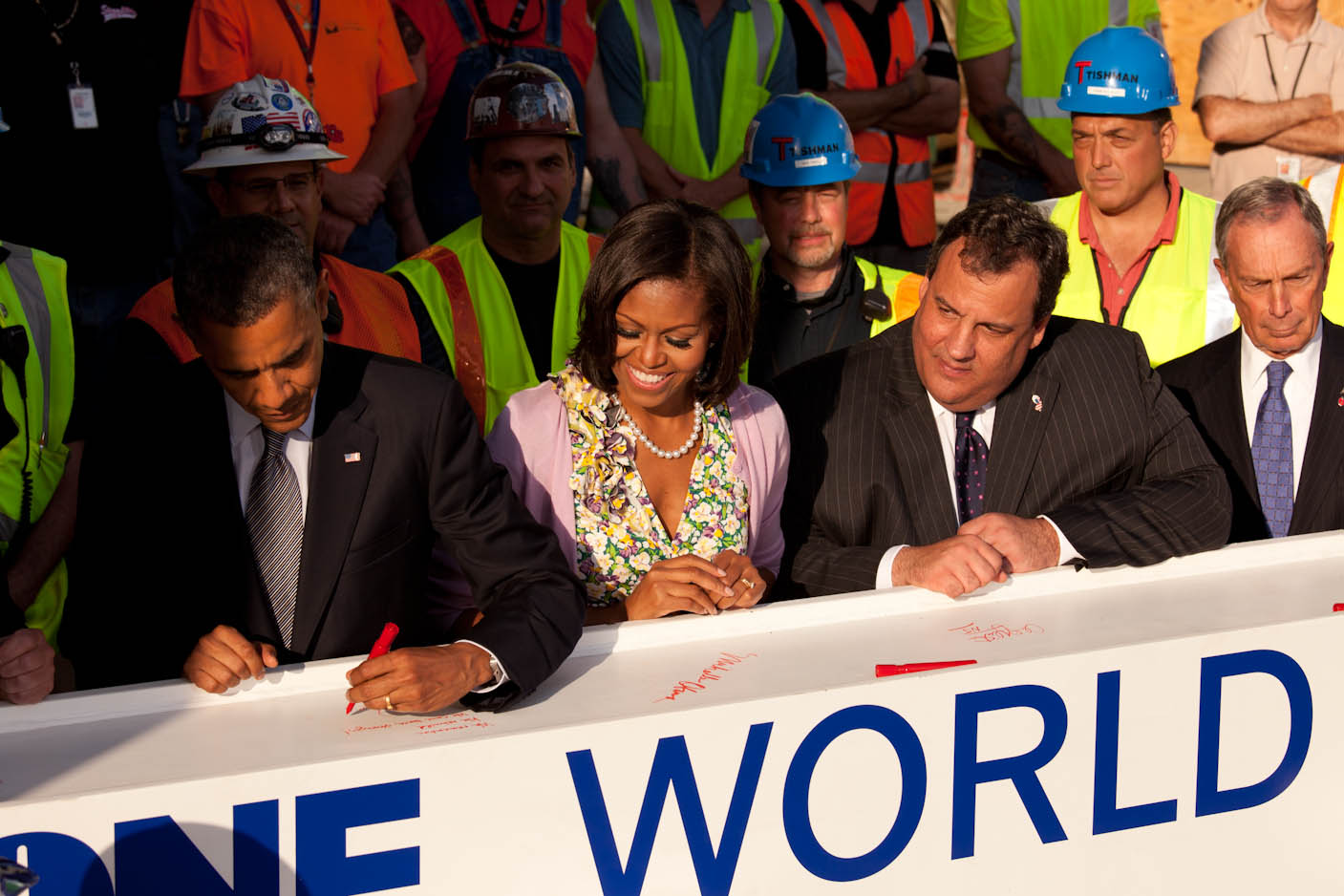 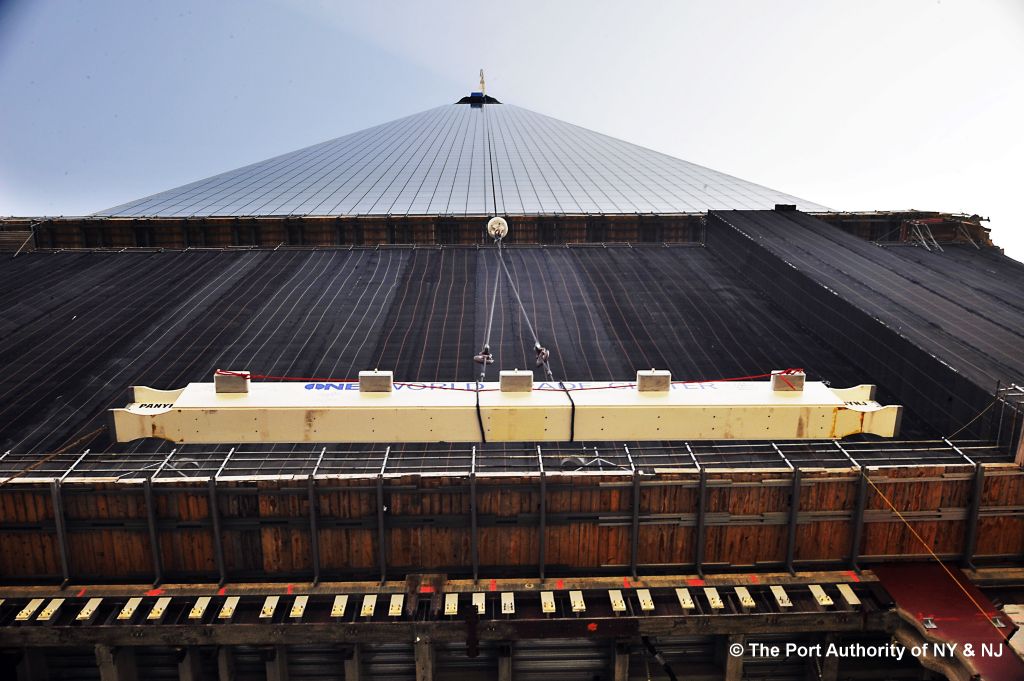 The beam signed by President Barack Obama and First Lady Michelle Obama is installed at One World Trade Center in New York, N.Y., August 2, 2012. (The Port Authority of NY & NJ)

To get to its present height, construction workers, laboring high above the city through snow, rain and heat have installed 43,000 tons of steel and nearly 200,000 cubic yards of concrete—enough for a four-foot-wide sidewalk from New York to Chicago. The building will contain 1 million square feet of glass facade, enough to cover 20 NFL football fields.

With more than one and a half years remaining before workers complete One World Trade Center, the 3 million square foot tower is already more than 55 percent leased. The building will serve as the headquarters of Conde Nast, a world-class publisher, which has leased more than 1.2 million square feet covering 25 floors. An additional 190,000 square feet has been leased by Vantone China Center and the federal General Services Administration just last month leased 270,000 square feet.

One World Trade Center aims to be one of the most sustainable office buildings of its size and achieve LEED Gold certification standards. These standards will result in lower energy expenses, lower operating expenses, access to natural light through floor to ceiling glass windows and highly filtered air. The building will feature an iconic Observation Deck at the top of the building that will provide visitors with unrivaled views of New York City, the Statue of Liberty, the Brooklyn Bridge and the Hudson and East River waterfronts.

The Durst Organization, one of the most highly respected developers in the real estate industry, manages One World Trade Center.