August 6, 2012 at 5:36 PM ET by Matt Compton
Twitter Facebook Email
Summary:
This new law takes two important steps to help fulfill our nation's obligations to our veterans and their families. 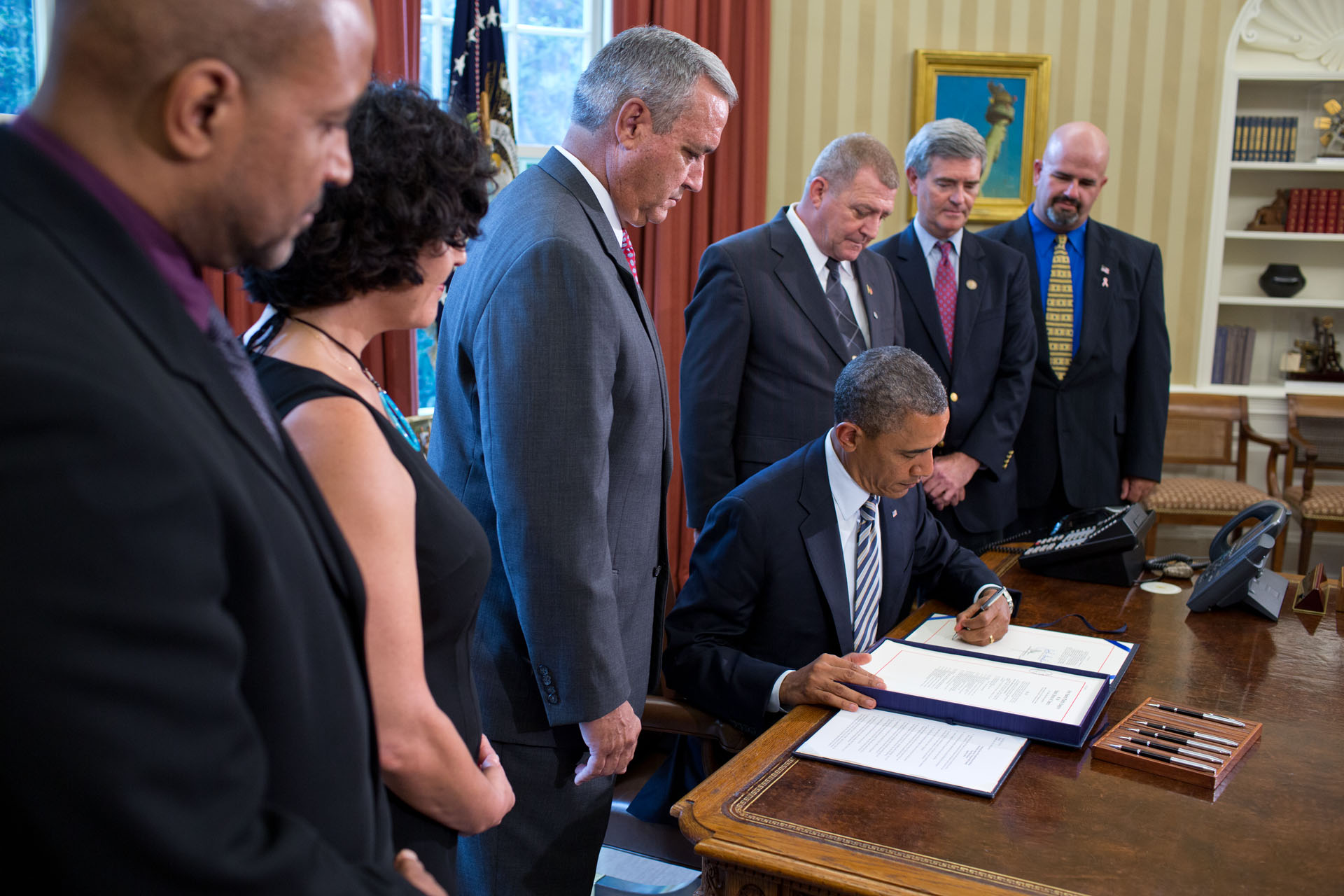 This afternoon, President Obama signed legislation that takes two important steps to help fulfill our nation's obligations to our veterans and their families.

First, the new law offers extended care to a group of servicemembers who were based at Camp Lejeune with their families during a period when contaminated water caused major medical issues for a number of individuals.

Among those standing with the President at today's bill signing were Jerry Ensminger, a Marine Corps veteran who has been an advocate for affected families, and Mike Partain, who was born at Camp Lejuene and later developed male breast cancer. The bill the President signed was named after Janey Ensminger, the Master Sargeant's daughter who passed away from leukemia at age nine.

Second, the law prohibits protests at military funerals in the two hours immediately prior to and following a military funeral -- a measure, the President said, that will ensure that our servicemembers get laid to rest with "the utmost honor and respect."

President Obama upheld this bill as an example of the type of issue on which Republicans and Democrats can find common ground, and he pushed lawmakers to take action on other measures to aid veterans -- including his proposal for a Veterans Jobs Corps.