An Administration-Wide Response to the Drought 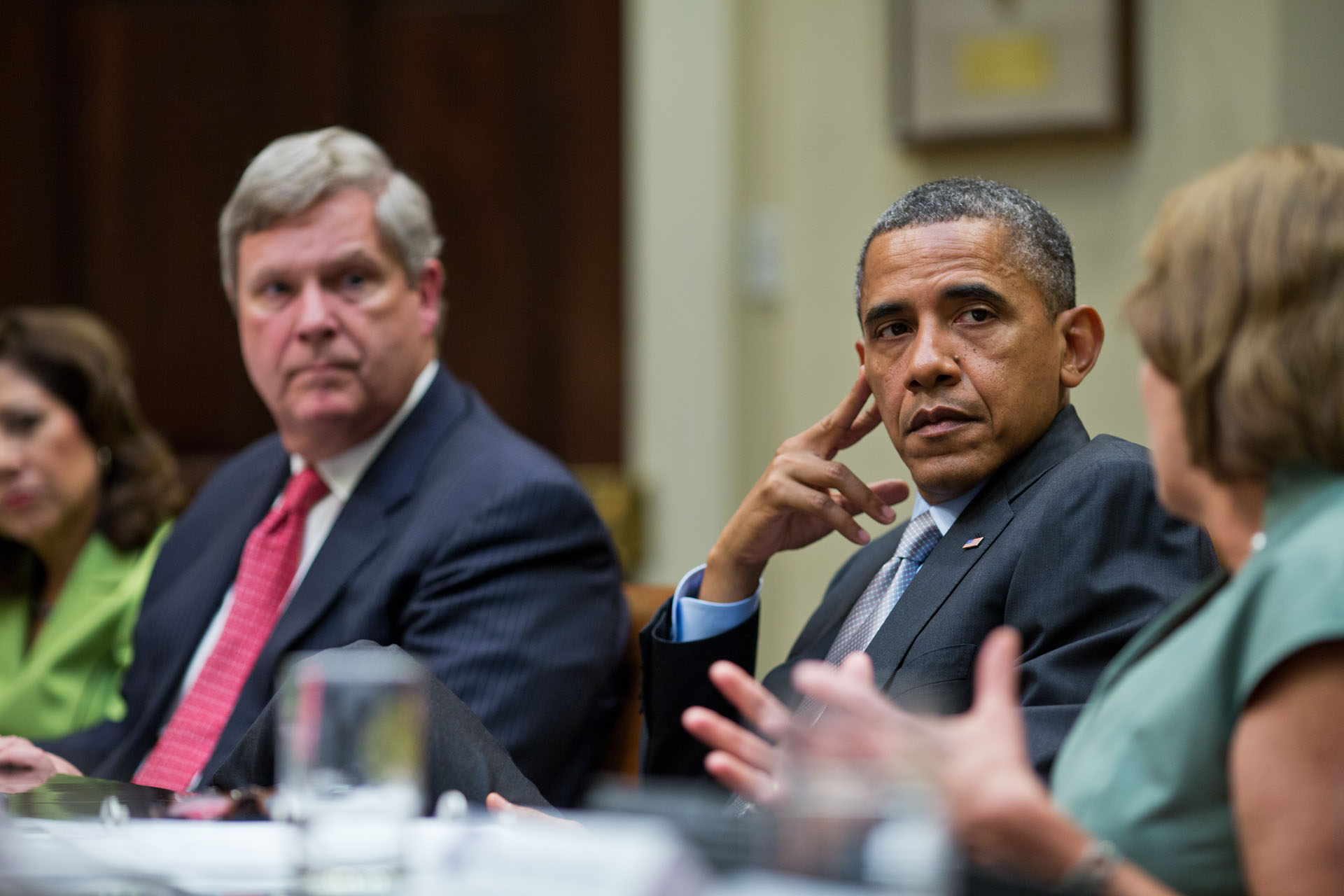 President Barack Obama meets with the White House Rural Council to discuss ongoing efforts in response to the drought, in the Roosevelt Room of the White House, Aug. 7, 2012. Among those attending with the President were, from left, Labor Secretary Hilda L. Solis, Agriculture Secretary Tom Vilsack and Karen Mills, Administrator of the Small Business Administration. (Official White House Photo by Pete Souza)

Throughout much of the country, communities are struggling with one of the worst droughts to strike the U.S. in decades. The lack of rain and high temperatures have done considerable damage to crops -- particularly those in the Midwest.

Today, President Obama met with the White House Rural Council to discuss the steps being taken to help farmers, ranchers, and small businesses wrestling with this crisis.

As part of that response, the U.S. Department of Agriculture today announced that it will provide millions of dollars in assistance to restore livestock lands affected by the drought. The USDA will spend $16 million on technical and financial assistance for those whose crops or herds have suffered.

The USDA has also reduced interest rates on its emergency loan program and worked with the major crop insurers to allow farmers to forego interest payments on unpaid premiums until November. The National Credit Union Administration also announced that more than 1,000 credit unions are increasing their lending to small businesses -- including farmers.

The Department of the Interior announced a plan to provide more relief and flexibility to ranchers whose livestock grazes on public lands, while the Department of the Transportation is working with state governments to provide emergency waivers of federal truck weight regulations and hours of service requirements to drought-stricken communities.

The Army Corps of Engineers is working to ensure that the drought doesn't impede navigation of the nation's rivers, and the Small Business Administration is conducting a major outreach program so that farmers, ranchers, and other businesses affected by the drought know about the emergency resources available to them.

The President spoke at the meeting and described the effort as an "all-hands-on-deck response."

"Now, those are the ideas that have already been presented and are in the process of being implemented, but my instructions to all the agencies is we need to keep working and to see if there is more that we can do," he said. "And we’re going to continue to solicit ideas from state and local organizations, faith-based organizations, not-for-profit groups, the private sector, and most of all, the farmers and ranchers that are directly impacted, to find additional ways that we can help -- because when there’s a disaster like this, everybody needs to pull together."

The USDA has been aggregating resources for those affected by the drought at: http://www.usda.gov/drought

Ed. Note: This post has been edited to reflect a correction in the President's remarks.