More Help for Those Coping with the Drought

August 13, 2012 at 7:08 PM ET by Matt Compton
Twitter Facebook Email
Summary:
In Iowa, President Obama describes a new effort to help livestock producers coping with one of the worst droughts in a half century. 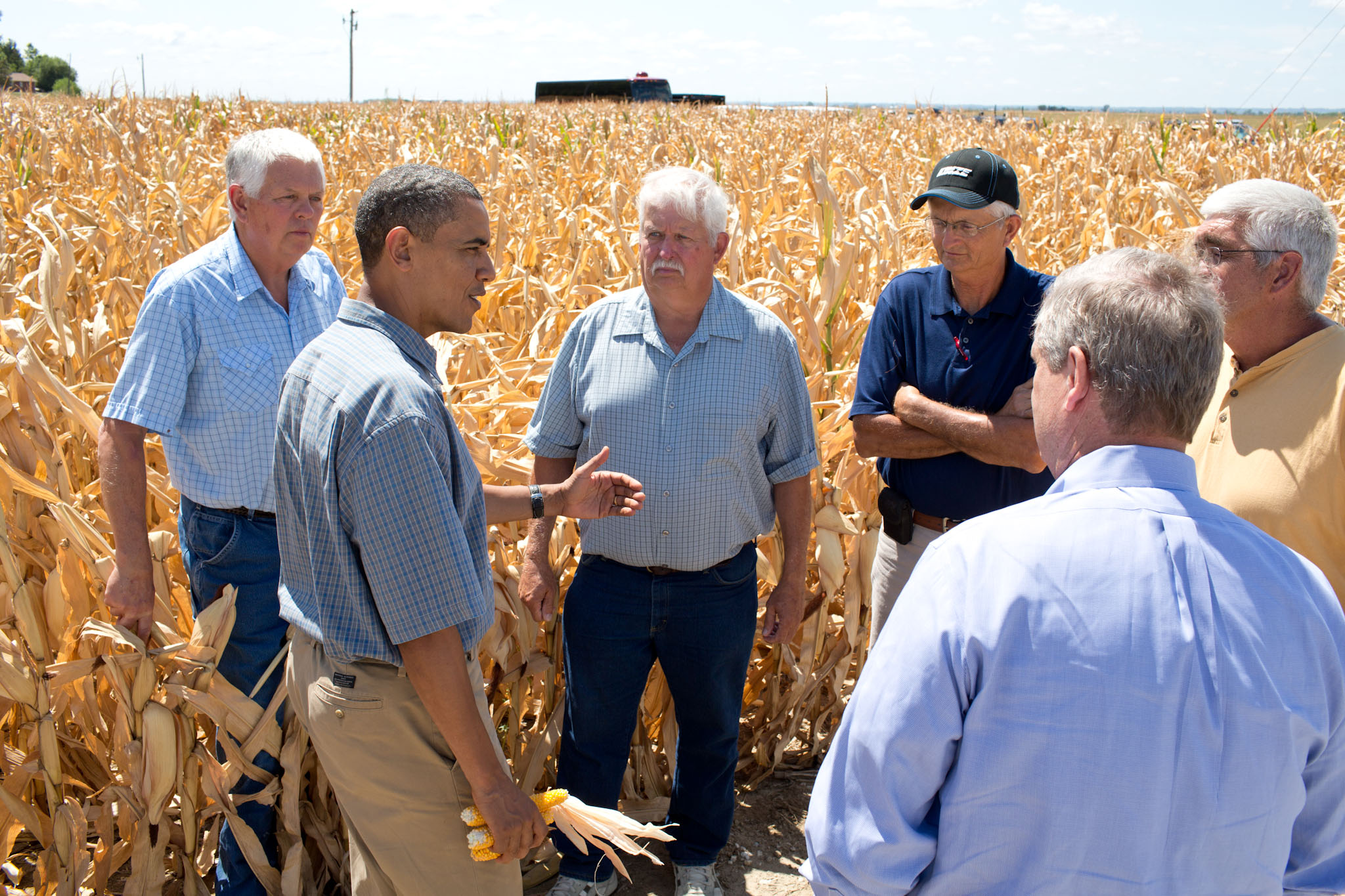 Farmers in Iowa are among those struggling with the fallout from the historic drought. Almost half of the corn crop is in poor or very poor condition. The same is true for more than a third of the soy bean crop. Disappointing yields are in turn driving up feed prices, and farmers and ranchers are having trouble feeding livestock. And there are similar stories throughout the nation's heartland.

Touring McIntosh Family Farms in Missouri Valley, Iowa, the President announced that the Department of Agriculture will begin to buy up to $170 million worth of pork, chicken, lamb, and catfish. And the President is directing the Department of Defense -- which purchased more than 150,000 million pounds of beef and pork in the last year alone -- to encourage its vendors to accelerate meat purchases for the military and freeze it for future use.

The goal is to give farmers and ranchers an opportunity to sell more of what they produce and save taxpayers money on food the government would have purchased for military bases, hospitals, schools, and food banks anyway.

"Understand this won't solve the problem. We can't make it rain," the President said. "But this will help families like the McIntoshes in states across the country, including here in Iowa. And we're going to keep doing what we can to help because that's what we do. We are Americans. We take care of each other."

To deliver more expansive aid for those hit by the drought, President Obama said that Congress needs to act.

"They need to pass a farm bill that not only helps farmers and ranchers respond to natural disasters, but also makes necessary reforms and gives them some long-term certainty," he said.

But in the meantime, the President won't wait for lawmakers to begin helping those struggling with the high temperatures and the lack of rain.