August 13, 2012 at 2:00 PM ET by Matt Compton
Twitter Facebook Email
Summary:
President Obama calls the team that landed the Curiosity rover on the surface of Mars. 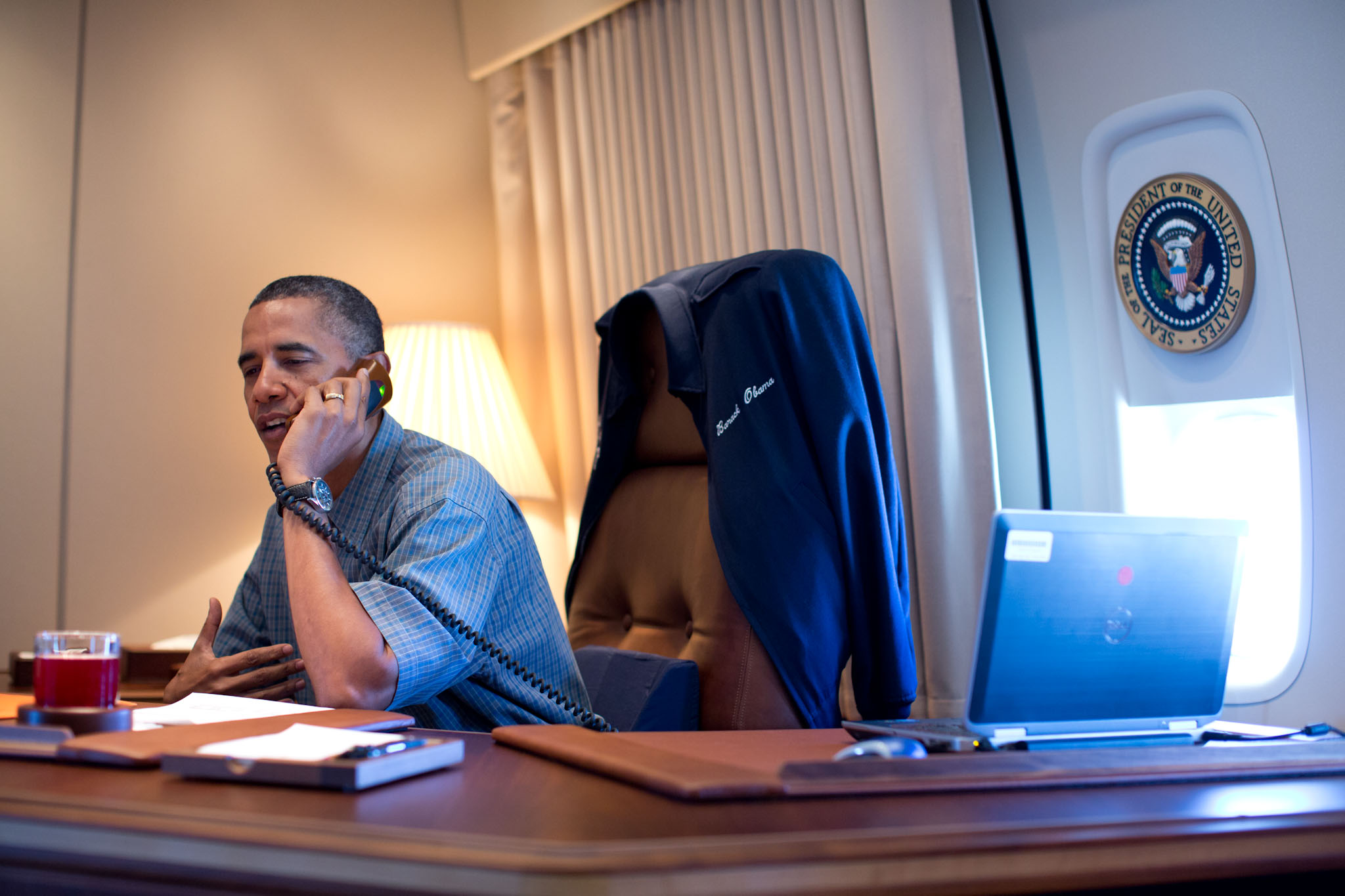 President Barack Obama talks on the phone with NASA's Curiosity Mars rover team aboard Air Force One during a flight to Offutt Air Force Base in Nebraska, Aug. 13, 2012. (Official White House Photo by Pete Souza)

It's been one week since NASA's Curiosity rover touched down on the surface of Mars and began peeling back the mysteries of the red planet.

Today, President Obama called the team responsible for that success to praise their ingenuity and urge them to continue the good work. "Through your dedicated efforts, "Curiosity" stuck her landing and captured the attention and imagination of millions of people not just across our country, but people all around the world, including Times Square," he said. "And being able to get that whole landing sequence to work the way you did is a testimony to your team."

The goal of Curiosity is to do more than just deepen our understanding of our closest planetary neighbor -- it's to pave the way for future missions, including a man-led visit to Mars by 2030. The rover is currently undergoing a software update that will allow it to launch into its two-year exploration in earnest.

The President made a special point to congratulate some of the leaders of the effort, including Charles Elachi, the head of NASA's Jet Propulsion Laboratory, and Adam Steltzner, who helped to design the sky crane that lowered the 1-ton rover to the Martian surface.

But another NASA staffer got a special shout out -- flight director Bobak Ferdowsi, whose Mohawk helped to launch an instant Internet meme.

"[I], in the past, thought about getting a Mohawk myself," the President joked. "But my team keeps on discouraging me. And now that [Ferdowsi has] received marriage proposals and thousands of new Twitter followers, I think I'm going to go back to my team and see if it makes sense."