Mobilizing Capital in Places that Need it Most

August 16, 2012 at 4:18 PM ET by Anthony Reyes
Twitter Facebook Email
Summary:
Recently, the Treasury Department announced $186 million in new CDFI investments to 210 organizations. This represents the largest single announcement of award dollars and award recipients in the history of the CDFI Fund.

Ed. Note: This is cross-posted from Treasury Notes.

CDFIs are a diverse and growing industry.  They come in many forms, including regulated banks and credit unions, venture capital firms, and microenterprise funds.  Some are nonprofit organizations, while others operate as conventional businesses.  Regardless of their form, CDFIs all share a common mission: to improve the lives of low-income people and communities by providing better access to capital. Recently, the Treasury Department announced $186 million in new CDFI investments to 210 organizations. This represents the largest single announcement of award dollars and award recipients in the history of the CDFI Fund.  These historic awards include $152 million through the CDFI Program and $23 million under the Healthy Food Financing Initiative(HFFI), a new Obama Administration initiative that increases access to low-cost healthy food in urban and rural neighborhoods that lack grocery stores, co-ops, or other affordable food options.  Under HFFI, the CDFI Fund has provided $48 million through 25 awards since its inauguration two years ago. 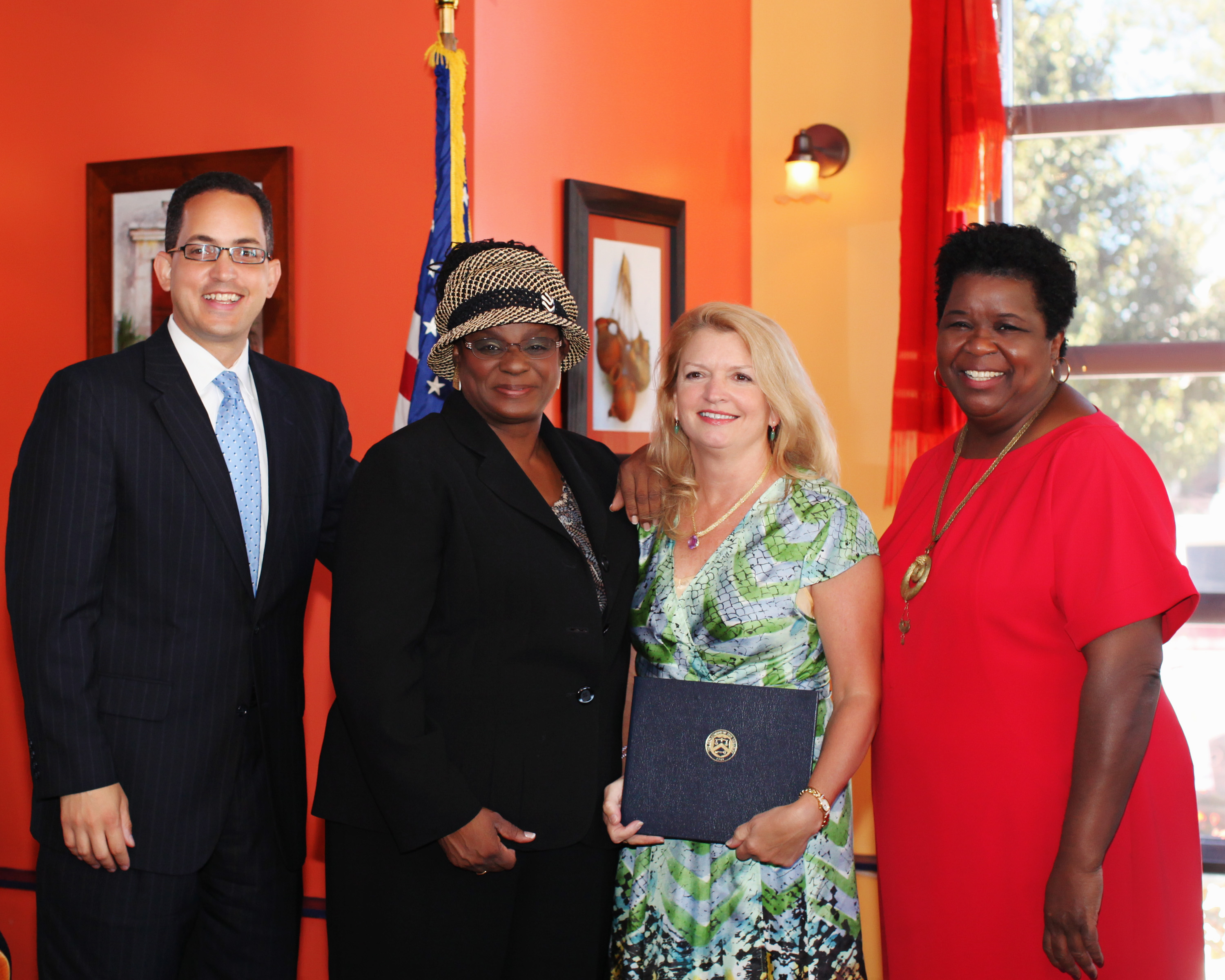 (by U.S. Department of the Treasury)

Certified and emerging Native CDFIs also received $11 million under the Native American CDFI Assistance Program.  These funds will be used to provide loans, investments, financial services and technical assistance to underserved populations and communities across the nation.  These funds scale companies and change lives.  For example, the Lakota Fund, a Native CDFI operating on the Pine Ridge reservation in South Dakota, used a CDFI award to provided growth capital to Murdock Electric, a Native American-owned company with 100 percent Native American employees.  This fast growing, family-owned business originally was launched in the back of its founder’s truck.  As a result of the loan from Lakota Fund, Murdock today is a thriving enterprise with a modern facility, 20 employees and 11 apprentices.  It is an important element of the economic health and social well-being of the Pine Ridge community.

This Administration has emphasized the need to use evidence and evaluation to improve government programs and processes. As we seek to scale what works, CDFIs offer a promising example of success.   Through their investments, CDFIs spur economic growth, support scalable models of social change, and cultivate community solutions that bring together the public interest and private sector.  That’s why President Obama increased the CDFI budget by more than 135 percent over 2008 levels; and proposed an expansion to $221 million to continue funding CDFIs in his FY 2013 budget.

Since President Obama took office, CDFI Program awardees created or maintained more than 50,000 full-time jobs.  In 2011 alone, CDFI Program awardees originated over 16,000 loans or investments, including more than 5,000 small business and microenterprise loans that created or maintained more than 25,000 full-time jobs, and used their grant funding to leverage $1.5 billion in private investment.  These CDFIs also financed almost 1,800 affordable housing units and 16,000 affordable rental units, and provided financial literacy and other training to more than 177,000 individuals in the communities they serve.

CDFIs not only deliver social and financial returns to private investors, they are also a sound public investment, leveraging more than $8 of private investment for every $1 of public funding.  Most maintain default rates that are as good, or better, than traditional banks.  They prove every day that when given an opportunity, people living in distressed communities can build robust businesses that deliver value for their investors and generate impact in their communities.

Congratulations to those CDFIs awarded funding in this year’s competition.  Your work demonstrates what can be accomplished when public dollars are used to catalyze underserved markets and elevate community solutions.