August 21, 2012 at 9:56 AM ET by Aya Collins
Twitter Facebook Email
Summary:
On August 8th, ONDCP joined other federal officials on a visit to Detroit.

On August 8th, a team from the Domestic Policy Council, Office of National Drug Control Policy, Department of Justice, Department of Education, Department of Housing and Urban Development, and the Corporation for National and Community service visited Detroit, Michigan, as part of the National Forum on Youth Violence Prevention.

The Forum, a White House-led initiative commissioned by President Obama in 2010, links cities and Federal agencies together to prevent youth and gang violence in the United States.

The visit brought together city, state, and Federal officials, members of the business and philanthropic communities, law enforcement professionals, community leaders, and young people to discuss Detroit's efforts to reduce gang- and firearms-related violence.  ONDCP works closely with Federal agencies and national and local organizations to educate and empower young people to reject the negative influences surrounding them, including the influence to drink alcohol and use drugs.  Youth violence—particularly gang violence—is often linked to substance abuse and drug markets. 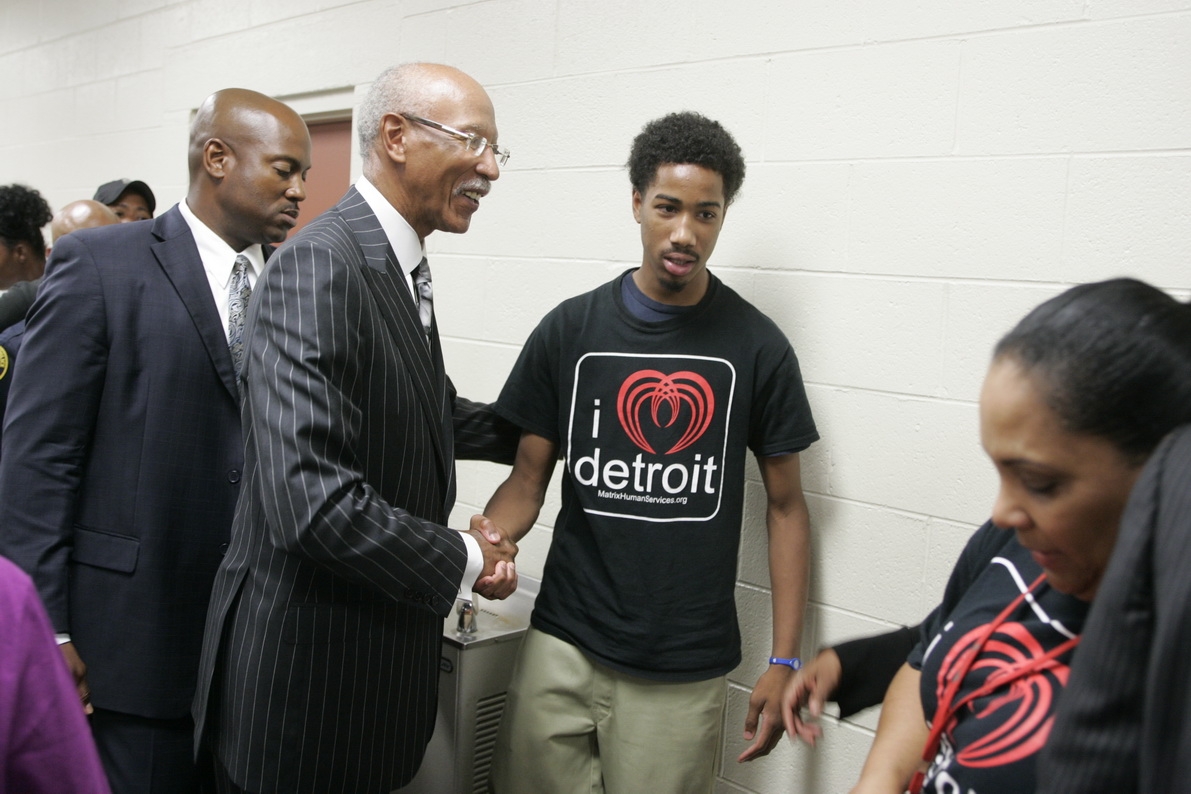 During the visit, ONDCP shared information on the agency’s youth drug prevention initiatives and the Drug Free Communities Support Program.  In the words of senior policy advisor Cynthia Caporizzo, “The Drug Free Communities Program helps to empower teens and young adults to make healthy decisions and to become leaders in their communities.  In that same spirit, this Forum brought adults and young people together to work on solutions that will make a difference for their community.”

A Federal grant to support Detroit’s youth violence reduction efforts was announced by the Department of Justice, Office of Juvenile Justice Programs.  Detroit Mayor Dave Bing and Police Chief Ralph Godbee met with U.S. Attorney Barbara McQuade to discuss the city’s plans to sustain its efforts into the future.

The other cities that currently comprise the National Forum are Boston, Chicago, Memphis, Salinas, and San Jose.