September 4, 2012 at 12:08 PM ET by Matt Compton
Twitter Facebook Email
Summary:
President Obama visits St. John's Parish in Louisiana to take in the damage from Hurricane Isaac and meet with officials responding to the disaster. 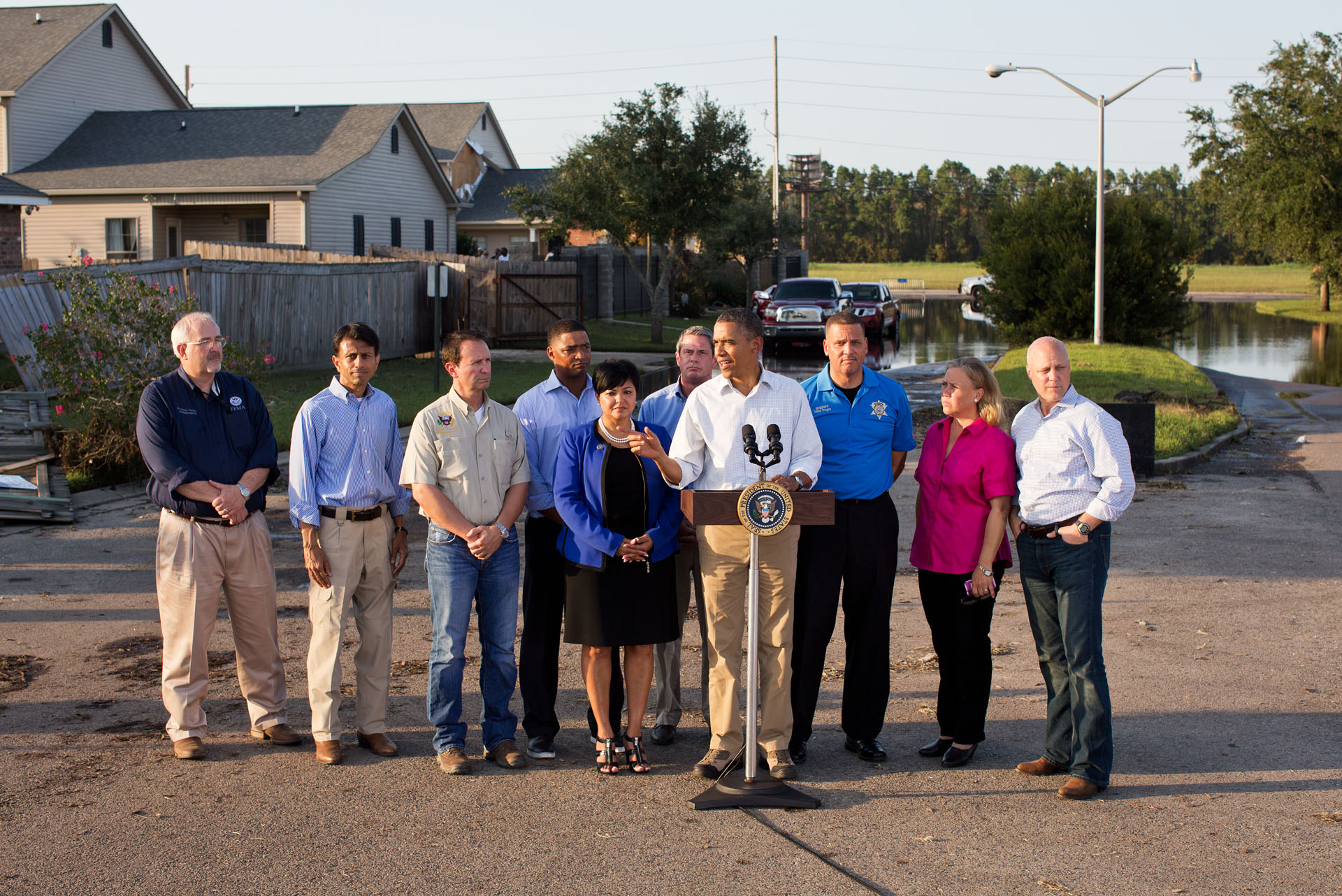 President Obama yesterday made his way to St. John's Parish in Louisiana to take in the damage from Hurricane Isaac and meet with officials responding to the disaster.

The President highlighted the “extraordinary work” done by local first responders who worked around the clock to rescue residents stranded by high water in a place that hadn't flooded in 17 years.

"Some of the folks that we just walked by literally had to be saved by boat. They were in their homes, trapped. The waters came in so quickly," he said. "But because of the great work of law enforcement, National Guard, Coast Guard, making sure that folks were out in rescue mode rapidly, even in some cases at risk of their own lives, no lives were lost."

With tens of thousands still without power and thousands more still unable to return home, federal disaster teams remain focused on relief. On its blog, FEMA officials announced that the agency had transferred of more than 2.4 million liters of water, 2.4 million meals, 1,200 cots, and 32,500 tarps to the state of Louisiana for distribution to victims of the storm.

On Friday, President Obama approved individual assistance as part of the disaster declaration for Louisiana. On Saturday night, he approved the same provisions for Mississippi. So far, more than 86,600 Louisianans and 3, 949 Mississippi residents have registered for assistance, and officials have approved roughly $4.14 million in requests.

In both states, federal disaster teams have opened recovery centers where those affected by the storm can meet face to face with officials from nonprofits, state and local governments, FEMA, the Small Business Association, and other federal agencies to learn about the various types of assistance available to disaster survivors.

In St. John's Parish, President Obama praised the resilience of the people of the Gulf Coast.

"They know what tough times are like, but they know that they can bounce back. There is enormous faith here, enormous strength here," he said. "You can see it with these families. I mean, they were just devastated a few days ago, and they’re already smiling and laughing, and feeling confident about the future and pulling together."