Marking the Eleventh Anniversary of 9/11 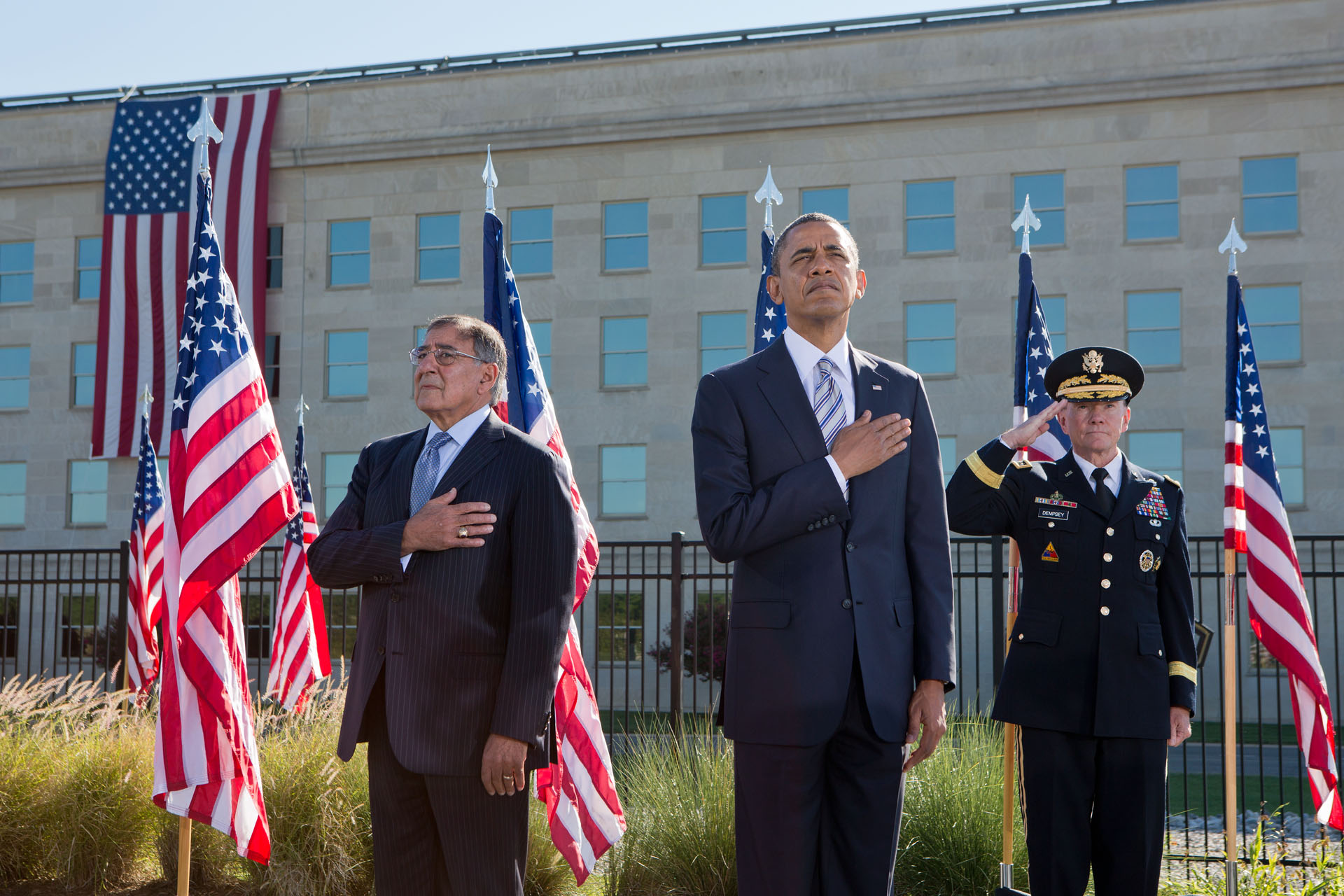 Today, President Obama and the First Lady marked the eleventh anniversary of the September 11 attacks.

They began the day at the White House, observing a moment of silence on the South Lawn just after 8:45 a.m., around the time the first plane hit the north tower of the World Trade Center. Afterward, they traveled to the Pentagon, where the President spoke at a memorial service in honor of those who died there, as well as in New York and Pennsylvania.

This anniversary allows us to renew our faith that even the darkest night gives way to a brighter dawn. Today, we can come here to the Pentagon, and touch these names and kneel beside a building where a single stone still bears the scars of that fire. We can visit the field of honor in Pennsylvania and remember the heroes who made it sacred.  We can see water cascading into the footprints of the Twin Towers, and gaze up at a new tower rising above the New York skyline.

And even though we may never be able to fully lift the burden carried by those left behind, we know that somewhere, a son is growing up with his father’s eyes, and a daughter has her mother’s laugh -- living reminders that those who died are with us still.

So as painful as this day is and always will be, it leaves us with a lesson that no single event can ever destroy who we are. No act of terrorism can ever change what we stand for. Instead, we recommit ourselves to the values that we believe in, holding firmly, without wavering, to the hope that we confess.

That’s the commitment that we reaffirm today. And that’s why, when the history books are written, the true legacy of 9/11 will not be one of fear or hate or division. It will be a safer world; a stronger nation; and a people more united than ever before.

Vice President Biden marked the anniversary by traveling to Shanksville, PA, where he delivered remarks at the Flight 93 National Memorial Commemorative Service to honor the passengers and crew who died there 11 years ago today. The Vice President told the families who lost loved ones that day that the heroism of their husbands, wives, sons, daughters, mothers, and fathers would never be forgotten.

Today we stand on this hallowed ground, a place made sacred by the heroism and sacrifice of the passengers and the crew of Flight 93. And it’s as if the flowers, as I walked here, as if the flowers were giving testament to how sacred this ground is.

My personal prayer for all of you is that in every succeeding year, you’re able to sing more than you weep.  And may God truly bless you and bless the souls of those 40 incredible people who rest in this ground.

Watch President Obama and the First Lady Observe a Moment of Silence on 9/11.