Celebrating the Next Generation of LGBT Leaders

September 21, 2012 at 10:48 AM ET by Gautam Raghavan
Twitter Facebook Email
Summary:
The Vice President and Dr. Biden host an “End of Summer BBQ” for emerging young leaders of the lesbian, gay, bisexual, and transgender community, and acknowledge the one-year anniversary of the repeal of “Don’t Ask, Don’t Tell."

On Wednesday, the Vice President and Dr. Biden hosted an “End of Summer BBQ” at the Vice President’s Residence with emerging young leaders of the lesbian, gay, bisexual, and transgender (LGBT) community. They were joined by senior Obama Administration officials, leaders of national LGBT organizations, and campus and community leaders from all over the country.

Guests at the event represented tremendous diversity and talent within the LGBT community. They included students and community organizers, advocates and artists, and veterans – all committed to the pursuit of equality, justice, and dignity for LGBT people. 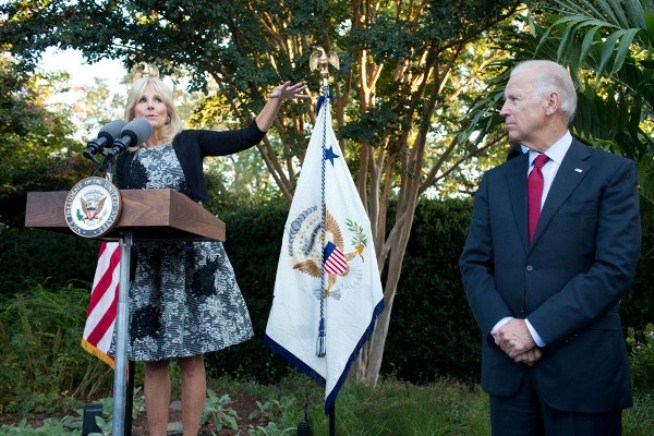 In welcoming guests to the Residence, Dr. Biden took a moment to acknowledge the one-year anniversary of the repeal of “Don’t Ask, Don’t Tell” and thanked all our brave young men and women in uniform – and their families – for their service. In his remarks, the Vice President spoke to his own commitment to civil rights, and paid tribute to the many advocates and heroes who have helped pave the way towards a more perfect union.

Gautam Raghavan is an Associate Director of Public Engagement