With the strong support of the people of Colorado, from the congressional delegation to Governor Hickenlooper to the Native American community and local residents, President Obama has ensured this extraordinary national treasure will be protected for generations to come. 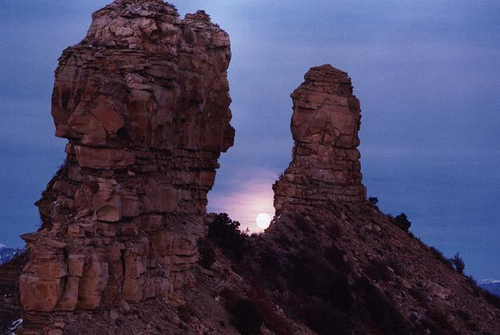 Chimney Rock, designated a national monument on Sept. 21, 2012, was home to the Ancestral Pueblo People about 1,000 years ago and is culturally significant for Native American tribes. The dramatic Great House Pueblo was likely was used as an observatory for the annual summer solstice. (Photo credit: U.S. Department of Agriculture)

A thousand years ago, Chimney Rock was home to Ancestral Pueblo People who built more than 200 homes and ceremonial buildings high above the valley floor. Many of the structures remain today, and are designed to perfectly align with lunar events such as seasonal solstices and equinoxes, drawing visitors from across the world.

Beyond protecting this special place, this designation also ensures Chimney Rock will be a source of economic opportunity in Colorado, attracting new business and tourism. According to a study commissioned by the National Trust for Historic Preservation, the national monument designation is expected to double economic activity from tourism in the area over the next five years. Outdoor places like Chimney Rock provide us with opportunities for rest and respite, with a link to our Nation’s proud outdoor traditions and culture, and with jobs and economic opportunities across the country.  In fact, outdoor recreation alone contributes an estimated $650 billion a year to our economy, according to the Outdoor Industry Association.

Chimney Rock builds on the President’s strong record of supporting local conservation priorities through the America’s Great Outdoors Initiative. Under President Obama, we’ve marked the most extensive expansion of land and water conservation in a generation through the National Public Lands Act; enrolled hundreds of millions of acres of private land in voluntary conservation programs;  helped open up more than 2 million acres for hunting, fishing and other recreation on private lands; and made critical progress restoring iconic ecosystems across the country. 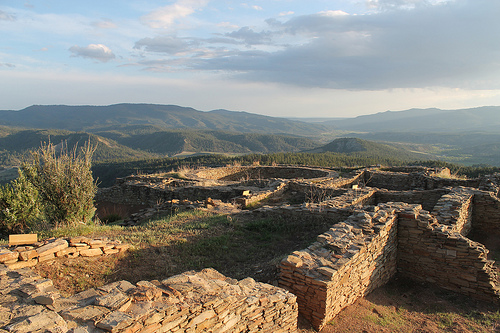 The Great House Pueblo is on the closest patch of ground to the twin pillars, on the highest level area above the valley floor 1,000 feet below. (Photo credit: U.S. Department of Agriculture)

Yesterday, I had a chance to meet with a group of Colorado Latino youth who traveled to Washington D.C. to speak with Administration officials about the importance of conservation. Their stories of experiencing America’s great outdoors, and the economic and environmental opportunities the great outdoors provide, were an inspiration to me and my colleagues. These young people -- our nation’s future engineers, business leaders, ranchers and public servants – understood the power of protecting our national treasures for future generations, and were thrilled to learn the President has declared America’s newest national monument in their home state.

When President Obama made Chimney Rock our nation’s 103rd national monument this morning, he followed a tradition begun by President Teddy Roosevelt nearly a century ago of protecting our greatest natural assets. Today, we can celebrate that a century from now, the unique landscape of Chimney Rock will continue to be cherished and enjoyed by generations of Americans.