The Emancipation Proclamation is 150 Years Old 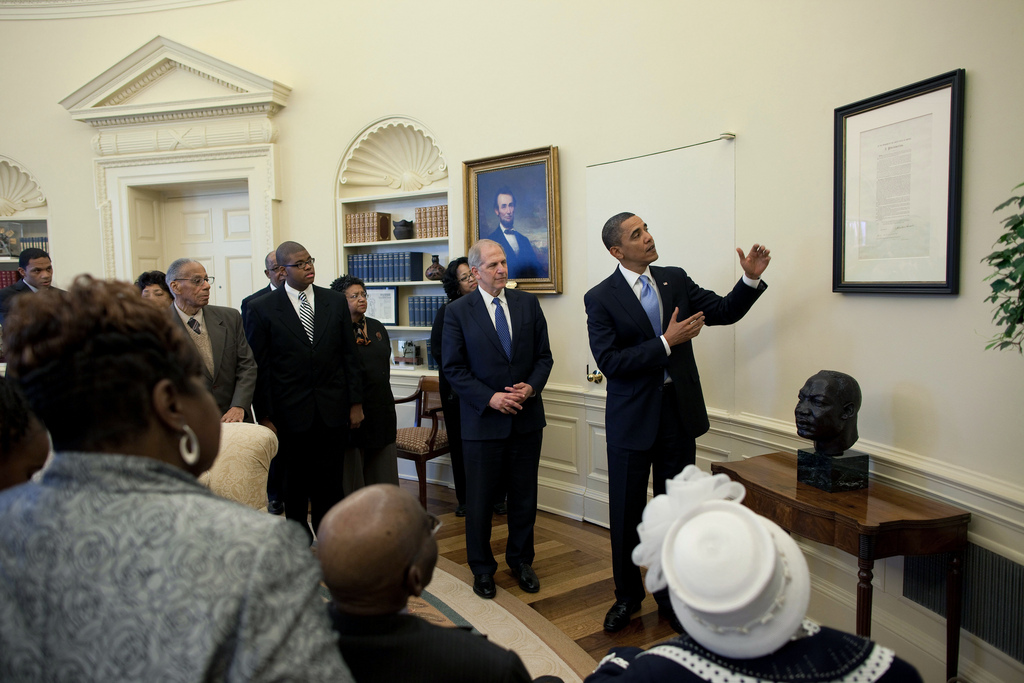 President Barack Obama views the Emancipation Proclamation with a small group of African American seniors, their grandchildren and some children from the Washington DC area, in the Oval Office. This copy of the Emancipation Proclamation, which is on loan from the Smithsonian Institution, was hung on the wall of the Oval Office today and will be exhibited for six months, before being moved to the Lincoln Bedroom where the original Proclamation was signed by Abraham Lincoln on Jan. 1, 1863, January 18, 2010. (Official White House Photo by Pete Souza)

One hundred fifty years ago Monday, on September 17, 1862, the Union army commanded by Major General George McClellan met a Confederate force under Robert E. Lee at Antietam Creek in western Maryland, outside the town of Sharpsburg.

For 12 hours, 87,000 Union soldiers launched a series of attacks against 45,000 Confederates. The result was a staggering loss of human life. When dark approached and the fighting ended, almost 25,000 were dead, wounded, or missing. Neither before nor since have more Americans been killed in a single day.

But when it was over, Lee's advance into Northern territory had been halted. Union forces held the field.

And in the space of that victory, President Abraham Lincoln issued the initial Emancipation Proclamation -- specifically joining the cause of the Union with the advancement of freedom.

President Lincoln signed that preliminary order five days after Antietam -- on September 22. When it went into effect on January 1, 1863 -- 100 days later -- the Proclamation freed all those held as slaves in the Confederate states.

And even though it would take two more years of combat and the Thirteenth Amendment to bring an end to the institution of slavery in all U.S. states and territories, President Lincoln’s Proclamation made possible what he would later call at Gettysburg "a new birth of freedom."

In 2010, a copy of the Emancipation Proclamation signed by President Lincoln was hung in the Oval Office above a bust of Martin Luther King, Jr.

On the day that it arrived in the White House, President Obama invited a small group of African-Americans with their grandchildren into his office to view the document.

One of those in attendance, Mabel Harvey, who was then 102, leaned over and whispered into the President's ear, "This must be the Lord’s doing because we’ve come a mighty long way."

To commemorate the 150th anniversary, the National Archives in Washington, DC will display the Emancipation Proclamation in its East Rotunda Gallery later this year -- for three days, from December 30, 2012 to January 1, 2013.